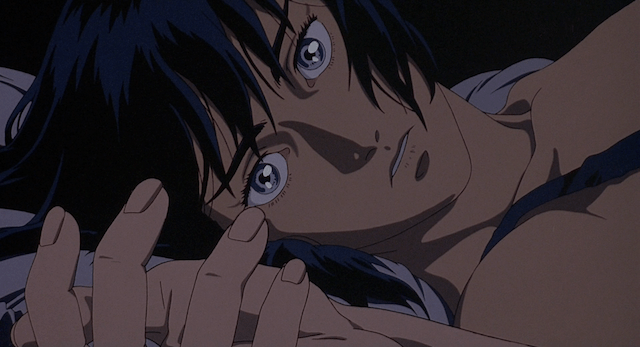 1. “Ghost in the Shell” and Anime’s Troubled History with Representation. When Scarlett Johansson was cast in the lead role for the live-action movie version of the popular anime “Ghost in the Shell,” it provoked strong reactions from the public, with many claiming that it was yet another example of Hollywood whitewashing. But the casting choice simply exposes the thorny, complex history of Japanese animation. The Verge’s Emily Yoshida examines anime’s troubled history with representation with relation to “Ghost in the Shell.”

During the late ’70s and early ’80s, when Japan had not only made its comeback but was experiencing an unprecedented economic bubble (on the back of consumer electronics exports —€” toys to the rescue again) Japanese animation started to really come into its own as an art form. And as it shifted from its origins as a medium aimed at children to explore more adult themes, it turned its gaze toward the ground zero of this aggressive expansion. Tokusatsu (special effects) films like the “Godzilla” franchise had explicitly riffed on post-atomic anxiety, but anime melded that anxiety with the technoparanoia and existential musings of American science fiction authors like William Gibson and Neal Stephenson. The ubiquitous image of the atom bomb is the inciting or concluding event; the fallout is technology. Innocent youths are caged in robot suits, powerful psychics are trapped in decrepit childlike forms. Technology alienates everyone: consciousness becomes unmoored, bodies become arbitrary and disposable, sex becomes less a biological function than a psychological dysfunction, the planet and its host of forgotten nature spirits cries out in agony. As anime began to pick at the scab left by two deep American wounds, the role race plays in that conflict is often obfuscated by the medium itself.

“Twister” didn’t boast big stars; sure, people knew Helen Hunt and Bill Paxton, but they weren’t exactly box office draws. It had the director of a big summer hit from 1994 (“Speed’s” Jan DeBont) and the writer of a big summer hit from 1993 (“Jurassic Park’s” Michael Crichton), but again, those names didn’t mean a whole lot to Joe Moviegoer. No, what “Twister” had was a high concept, and a killer trailer. You could sell it in two simple words, “killer tornadoes” (just as you could sell Crichton’s “Jurassic Park” with “killer dinosaurs”). And its trailer, a ubiquitous preview in theaters throughout the spring, didn’t care about plot or stars (Paxton and Hunt don’t even appear). It featured a random family of potential victims and narrator promising nature going “completely, randomly mad,” and was as much aural as visual, punctuating its black screen with eerily effective lightning flashes of weather chaos and panic. Its closing image, of a tractor wheel careening straight into the camera, was soon complemented by TV ads showcasing a shot of the tornado tossing a mooing cow. If you polled moviegoers that May weekend in 1996 and asked who they were there to see, most would’ve probably named that cow.

3. 41 Hollywood Producers Explain The Weird, Personal Origins of Their Company Names. Have you ever been watching a TV show and seen a quirky name of a production company at the very end? Well, if you’ve ever wondered how those names originated, look no further. The Hollywood Reporter’s Lesley Goldberg asked 41 Hollywood producers to explain the weird origins of their company names.

Mike Schur (“Brooklyn Nine-Nine”), Fremulon: Fremulon was the fake name for the fake insurance company that my fake blogger, Ken Tremendous, worked at when I was writing the blog “Fire Joe Morgan.” My current backstory is that it’s a very shady company that’s mixed up in a lot of financial shenanigans — and possibly international weapons deals — and is using its entertainment wing as a tax shelter.

Bryan Fuller (“Hannibal”), Living Dead Guy Productions: I went to a lot of funerals as a child, and I liked it. Living despite an inevitable death seemed like an apt metaphor for a creative state of being. No escape except what imagination provides. You die, I die, we all die for living, and that experience is why we tell stories.

David Simon (“The Wire”), Blown Deadline Productions: So named by an ex-newspaperman, once fond of playing havoc with the edition copy deadlines. Also, he enjoys imagining studio execs wincing as they write checks to Blown Deadline. Only better choice for that might be Good Money After Bad Productions.

As the segment’s on-screen title implied, “F for Abortion” was, in part, an homage to “F for Fake,” Orson Welles’ 1975 essay film about the unlikely nexus between two confidence men: art forger Elmyr de Hory and writer Clifford Irving, the purported co-author of a Howard Hughes autobiography that turned out to be an elaborate hoax…Welles’ movie is itself something of a forgery, though its intent is to provoke rather than deceive: It’s built around footage from an unfinished documentary by another filmmaker, and Welles’ narration and his periodic appearances on screen serve to undermine its veracity rather than bolster it. He plays the role of a magician, exploiting our desire to be fooled, suggesting that forgery is a form of art, and the reverse may be true as well. Field producer Paul Myers, who came up with the idea to allude to “F for Fake,” explained to me: “When we were faced with the challenge of making something as sad and infuriating as Crisis Pregnancy Centers funny we started with the idea of them being con artists. From there a ton of ideas went back and forth but nothing was working out. As a half joke I suggested that we just recut and re-dub ‘F for Fake’ to make it look like Orson Welles himself was talking about CPCs. Most people in our department hadn’t seen it, but when Sam watched five minutes of the movie she saw how funny of a visual and contextual joke it could be.”

5. I Believe Dylan Farrow. With the premiere of Woody Allen’s “Café Society” comes a return of the controversy surrounding Allen’s past and his alleged sexual abuse against his adopted daughter Dylan Farrow. In a personal essay, RogerEbert.com’s Matt Zoller Seitz explains why he believes Dylan Farrow, why he still thinks Allen is one of the great American filmmakers, and the difficulty in reconciling the two.

I believe Woody Allen is one of the great American filmmakers. I believe Dylan Farrow when she says Allen molested her as a child. The two thoughts are not mutually exclusive. But they are painful to reconcile. Allen has been accused of sexually abusing Dylan, his adopted daughter with former girlfriend and leading lady Mia Farrow. Allen did pioneering work as a stand-up comic, TV sketch writer, screenwriter, movie actor, and ultimately screenwriter and director. His work will remain important no matter what else we may learn about his private life. But it has become increasingly difficult to balance Allen’s achievements against Dylan Farrow’s insistence that he sexually assaulted her while she was in his company and care. Family members — including Dylan’s mother Mia and her brother (and Allen’s biological son), newscaster Ronan Farrow — have corroborated her account and added details of their own. I had adopted a wait-and-see attitude about all this for years because, although there was a criminal investigation of Allen in the early ’90s, no charges were pursued. Another of the couple’s adopted children, Moses, switched allegiance from Farrow to Allen, telling People magazine, “I don’t know if my sister really believes she was molested or is trying to please her mother.” The exact nature of the events falls into the realm of the legally unknowable. Still, I believe Dylan. On some level, I always did.

6. Just About Every Time These Brothers Make a Movie, It Wins at Cannes. The A.V. Club’s monthly film column Palme Thursday examines a Palme d’Or winner and determines how well the film holds up and whether it deserved the prize. For this month’s column, film editor A.A. Dowd looks at the Dardennes brothers’ “L’Enfant,” and the duo’s general success at Cannes.

So what do programmers, jury members, critics, and cinephiles alike see in these perennial festival darlings, beyond a consistency you can set your watch to? Well, for one, they’re expert dramaturgists, devising emotionally direct redemption stories, often steeped in working-class hardship and goosed with the urgency of a good thriller. The Dardennes are great with actors, casting a handful of naturalistic regulars alongside expressive (or intentionally inexpressive) unknowns. And perhaps most crucially, they’ve developed an often imitated but rarely equaled aesthetic — handheld following shots; clean editing; nothing but diegetic sound — that’s distinct but never flashy, keeping the focus firmly locked on the characters and their dilemmas. Their tagalong camera encourages empathy (how can we remain neutral when we share the physical, emotional, and moral space of these ordinary people?) even as it adheres to an “objective,” observational shooting style the brothers developed in their past lives as documentarians.

Disappointment is powerful and insidious. When an object of desire slips away, particularly something we believe we deserve, the sense of loss can be intense. It’s not that we failed to get something; that thing was taken from us. The characters in Eric Bogosian’s 1994 stage play “SubUrbia,” and the 1996 film version by Richard Linklater, boil with this disappointment — for perceived promises unfulfilled, for the stacked odds against fame, success, happiness. The emotion is transmuted into a sense of victimization, and anger. The venomous spit of “SubUrbia” wasn’t out of place in 1996 as the mainstream accommodated an influx of indie culture in the arts, but the film played like the bitter B-side to Linklater’s sunnier “Dazed and Confused.” What can we glean from a bunch of malcontents, high school friends now in early adulthood, who express feelings of futility and pain plus racism as they drink away their nights in a parking lot? Few of the characters are likable, with many exuding an odious sense of entitlement. This skewed snapshot of the stereotypically disaffected Generation X has largely fallen off the radar, in part due to years of poor home video availability, despite Linklater’s growing reputation as a major American filmmaker. Looking at the film anew two decades years later, “SubUrbia” howls with middle-American anxiety, the same voices that have been resounding through political rallies for the past six months. This movie is more than a mid-’90s time capsule: It’s a potent advance warning of the crippling sense of American loss and failure that fueled the political rise of Donald Trump.