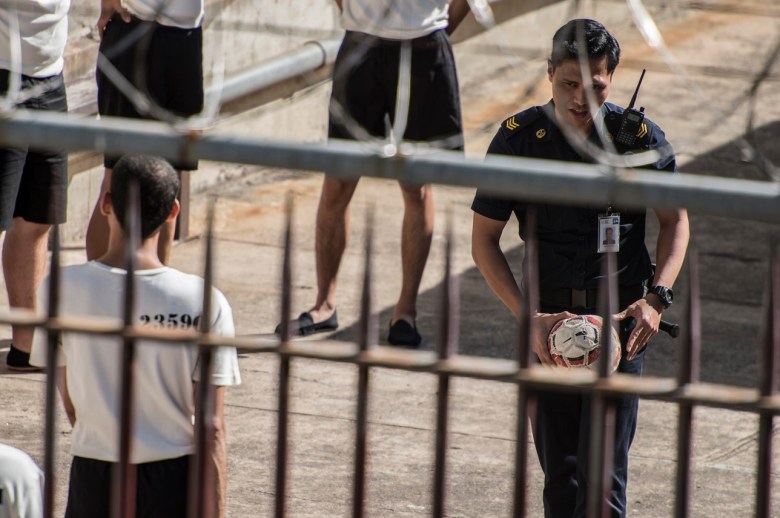 The Cannes Film Festival is less than a week away, and with all the Competition heavyweights accounted for — Woody Allen, Jim Jarmusch, Andrea Arnold, Olivier Assayas, Cristian Mungiu, Asghar Farhadi, Bruno Dumont, and on and on the list goes — there’s now more time to delve into the outliers and under-the-radar auteurs. Among them is Singaporean writer/director Boo Junfeng, whose “Apprentice” premieres in the Un Certain Regard section. Watch an exclusive clip above.

READ MORE: 2016 Cannes Film Festival: What You Need To Know About These 6 Un Certain Regard Titles

The film focuses on Aiman, a 28-year-old correctional officer who forms a friendship with his new prison’s chief executioner. In the scene, our reluctant hero (who, per the title, is meant to become the hangman’s apprentice despite moral misgivings about the position) catches a glimpse of the executioner while making copies. He then follows the older man out into the prison yard, observing that he’s carrying a noose in his hand.

Boo’s first film, “Sandcastle,” premiered at Cannes’ Critics Week in 2010 — the first Singaporean film to do so. “Apprentice” already has international distribution courtesy of Luxbox, but no stateside deal has been confirmed as of yet.

This Article is related to: News and tagged Cannes Film Festival, Un Certain Regard