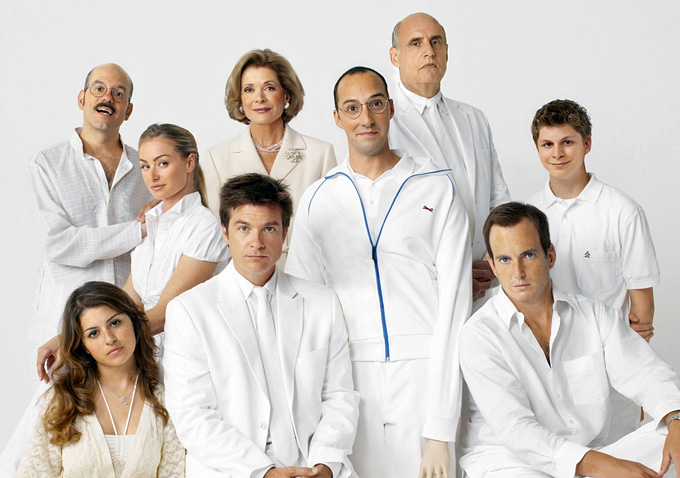 It’s been three years since we last saw the Bluth family in Season 4 of “Arrested Development,” (which was released on Netflix), and since then fans of the comedy have been wanting more. Well listen up because creator of the series, Mitch Hurwitz, told Esquire that a fifth season is “definitely happening.”

“I’m always trying to move forward with that project regardless of what else is going on in my life,” Hurwitz told the magazine. “One of the challenges has been a big studio owns it and they don’t make TV this way typically. They sign actors for multiple years of a show, and then they shoot. We’ll get half of the actors available and we won’t quite commit to making the deal, then we’ll lose the other half of the actors.”

In the meantime he’s been working on the upcoming season to make it a reality. “I spent some time in the writers room developing an outline for the next season or seasons if we’re able to make a deal,” he added. “I’m trying very hard to get it done because we have a great story to tell.”

READ MORE: The 5 Best Episodes Of ‘Arrested Development’ From The First 3 Seasons

So will it happen? From the looks of things it sounds like everyone is pretty much on board but there are few factors in the way.

“It’ll happen. It’ll definitely happen,” reassured the writer. “Not before the election, but it’s definitely going to happen. I say that because the actors want to do it, the studio wants to do it, Netflix wants to do it, I want to do it. It’s just making it happen. There’s no one resisting,” he explained. “There’s a recut, too, of the fourth season, just to make it airable on TV. They’re like the old ‘Arrested Developments.’ We redid all the narration and reshot a few little things. Now we have 22 episodes, and they’re delightful to watch and they’re much less work than the Netflix series. My hope is we’ll find a place to air those.”

While he waits for a deal to be set, Hurwitz is currently promoting his new comedy “Lady Dynamite” starring Maria Bamford, in which she plays a successful actress/comedian whose career is put on hold after a mental breakdown.

The series will premiere on Netflix on May 20. Watch the trailer below.

This Article is related to: Television and tagged Arrested Development, Mitch Hurwitz