'As I AM' Exclusive Clip: DJ AM Flies To Perform With Jay-Z After Surviving a Plane Crash 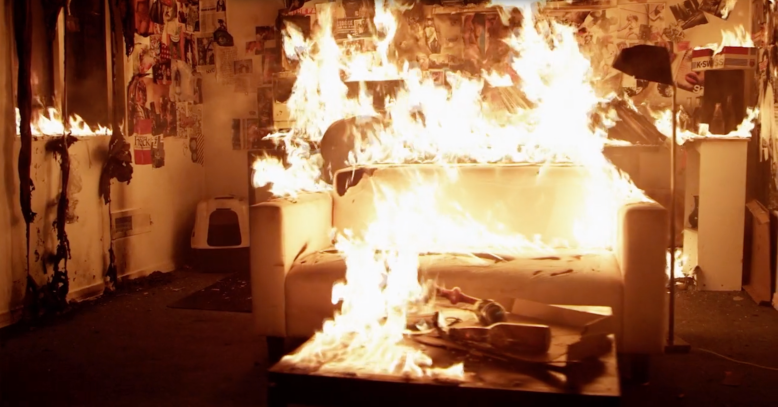 Kevin Kerslake’s new documentary, “As I AM: The Life and Time$ of DJ AM” tracks the rise and tragic fall of the jet-setting celebrity DJ who pioneered the profession’s arena-level status. Born Adam Michael Goldstein, the DJ suffered a tumultuous childhood marred by drug abuse, rehab clinic, and a suicide attempt, but eventually became sober and committed his life to turntables. Soon, he became a celebrity himself, both for his artistry as well as his personal life, including a high-profile relationship with actress and reality TV star Nicole Richie. Among his numerous accomplishments, he collaborated with blink-182’s Travis Barker on two released mixtapes. Goldstein tragically died of a drug overdose in 2009; his MTV reality show “Gone Too Far,” in which he helped people struggling with addiction, aired two less than two months after his death. In this exclusive clip from the film, watch Goldstein’s friends, family and rapper Jay-Z discuss his decision to get on a plane to perform with Jay-Z just after surviving a plane crash.

READ MORE: ‘As I AM: The Life And Time$ of DJ AM’ Clip: Exclusive Look at the EDM Legend Impersonating Daft Punk

Kevin Kerslake is best known as a music video director. He has shot videos for artists like Nirvana, R.E.M., The Smashing Pumpkins, Sonic Youth, Liz Phair, Depeche Mode, Stone Temple Pilots, and more. “As I AM” premiered at last year’s Tribeca Film Festival. It will be released in New York on May 27th, in Los Angeles on June 3rd, and then a subsequent thirty city rollout in the following weeks.

READ MORE: Meet the 2015 Tribeca Filmmakers #11: Kevin Kerslake Gets Behind the DJ Booth and Behind the Headlines for ‘As I AM’

This Article is related to: News and tagged As I AM: the Life and Times of DJ AM