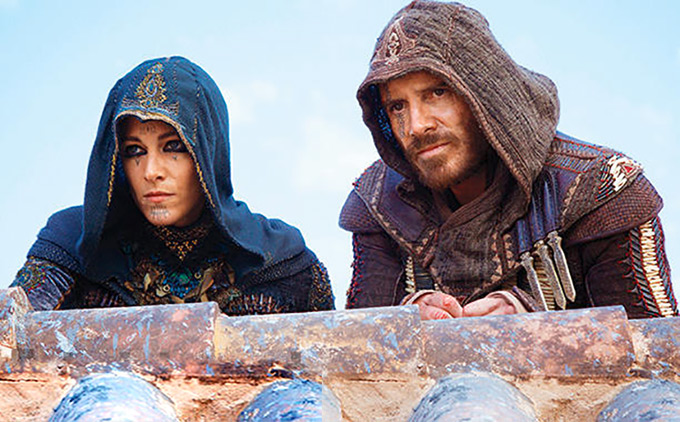 Video-game movies are a double-edged sword for most gamers: The desire to see longtime favorites brought to the screen is tempered by low expectations engendered by decades of disappointing adaptations. “Assassin’s Creed” director Justin Kurzel (“Macbeth”) is well-aware of this, and hoping to be the exception to the rule with his Michael Fassbender–led adaptation arriving at the end of the year. Collider spoke to Kurzel halfway through production last fall, where the filmmaker expressed optimism about the challenges inherent in the project.

In part, that comes through being realistic about what the film can and cannot do. “We’re trying to do as much as possible in camera,” Kurzel explains. “We’ve gone and shot in rural locations and I was kind of determined not for this film to be a car park film, where you’re shooting just in green screen and your [sic] using most of post to help you out.” He continues:

“It’s been really important, also just to differentiate ourselves from the game as well in terms of timing. The wonderful thing about cinema is you can bring a 3D world to life. It was important that it had its own tone and it had its own kind of dance to it that is embracing the DNA of the game, but it’s also offering up something different, which is what cinema can do, especially if you film in the real places.”

A recurring theme throughout the interview is being faithful to the source material — which is rooted in history and, in its way, more realistic than many similar games — while also translating its best qualities to screen in a way that makes sense to fans and newcomers alike. Toward that end, Kurzel says that “We don’t want this to be a superhero film, we want it to be a film that embraces what it is to be human. All our jumps and all our parkouring, it has to feel as though you’re watching it and thinking, on a good day I could do this.”

Asked whether he drew inspiration from any of the several games in the series in particular, he responds, “they’ve all got certain qualities. The first game that I played was Unity. There’s a kind of romanticism to that game that’s very seductive. I think they’ve all, in their little bits, provided certain kind of points of view, especially through the assassin that we’ve definitely been inspired by.” Fassbender and co-star Marion Cotillard both worked with Kurzel on last year’s “Macbeth.” 20th Century Fox will release “Assassin’s Creed” on December 21.

For more, watch the trailer for “Macbeth”: