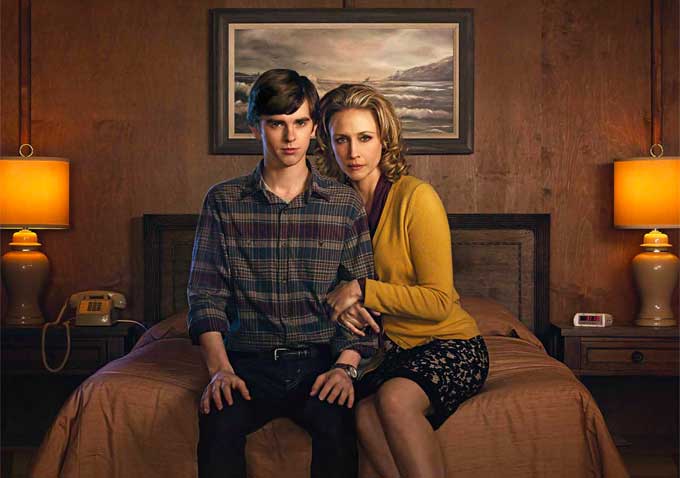 Last Monday’s episode of “Bates Motel” featured a shocking conclusion: After Norma (Vera Farmiga) breaks up with Sheriff Romero (Nestor Carbonell) for going behind her back, she heads home only to start weeping in front of her mentally-unhinged son Norman (Freddie Highmore). She then pens a breakup letter to Romero and then falls asleep only for Norman to light the furnace and shut all the vents in the house in a murder-suicide attempt. Though Romero arrives and finds the two unconscious, he’s unsuccessful at saving Norma and he breaks into tears at the sight of his unresponsive love. But as is the case with TV, Norma may not actually be dead. Check out the promo for this Monday’s episode above that seems to hint that Norma may be here to stay.

READ MORE: ‘Bates Motel’: When Being a Prequel Becomes Only a Question of Foreshadowing

A prequel to Alfred Hitchcock’s 1960 horror classic “Psycho,” “Bates Motel” follows the lives of Norma and Norman Bates before the events of the film, albeit in a different town and in a modern setting. The series has aired on A&E since 2013. Farmiga is best known for her roles in “Love in the Time of Money,” “The Manchurian Candidate” remake, Martin Scorsese’s “The Departed,” “Joshua,” and “Up in the Air.” Highmore starred in “Charlie and the Chocolate Factory” and has also appeared in “Finding Neverland,” “August Rush,” and “The Spiderwick Chronicles.”

“Bates Motel” was developed by Carlton Cuse (“Lost”), Kerry Ehrin (“Friday Night Lights”), and Anthony Cipriano (“12 and Holding”). The finale will air Monday May 16th at 9pm Eastern on A&E.