Ben McKenzie on the 'Gotham' Finale and How Season 2 Changed Gordon Forever: Consider This 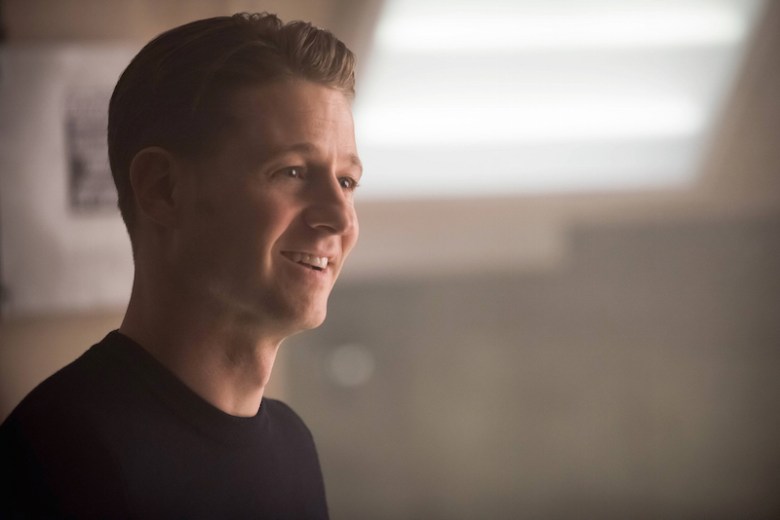 As “Gotham” Season 2 wraps up on Monday, fans are likely feeling a wee bit of trepidation about the fate of James Gordon. After all, the sophomore season of Fox’s hour-long cop drama — which serves as an origin story for the entire Batman universe — has made some bold choices throughout the past 22 episodes, and most have focused on changing the preestablished image of the series’ protagonist, played by Ben McKenzie.

“I think it was important to shock the audience into a place where [we could] firmly announce, ‘We are not going to abide by your father’s definition of what Commissioner Gordon was supposed to be,” McKenzie told Indiewire. “He’s not going to be a sweet, soft-spoken commander of officers who does whatever Batman tells him to do.”

For many, that transition began when Gordon made a decision virtually no one expected of him. Forced to choose between allowing Theo Galavan (James Frain) to live or die — a scene purposefully reminiscent of a moment from Season 1, when Gordon pretended to kill Oswald Cobblepot (Robin Lord Taylor) — Gordon executed the despicable villain. Galavan had pushed Gotham to the brink of disaster, and Gordon didn’t want to risk him returning to power.

“We wanted to make sure people knew we weren’t going to abide by ‘the rules,'” McKenzie said. “We were going to push the boundaries of what Gordon was capable of.”

McKenzie saw the decision to kill Galavan as something Gordon wouldn’t have done in Season 1 — because of who he was as a character and that the show wasn’t ready to allow such a thing. But the show reached a point where it made sense to push Gordon to a darker place.

“I believe we’ve earned enough street cred with the audience that we could make a very bold step,” McKenzie said, noting that the series “strayed a bit” from its objective in Season 1. “As long as you’re telling the story properly with due respect to the characters, then the audience will go along on the ride. If you’re effectively kind of cheating them by kind of pretending you’re doing a saga story and really you’re doing a crime-of-the-week story, I think they’re right to be a little disappointed. I can’t really blame them.”

After what McKenzie described as an “exhaustive analysis” of what worked and what didn’t following Season 1, he said the creative team “really wanted to lean into the serialized nature of the show in the second season.” He believes those conversations not only helped focused the series in the right direction, but also helped him as an actor.

Gordon was pushed far in Season 2, but McKenzie was pushed farther. An actor known for his action chops, from convincingly throwing punches on “The O.C.” to assuredly wielding a firearm since “Southland,” McKenzie had much more on his plate this year. The actor managed to hold together the various genre elements of “Gotham” — from delicate romance to sly humor — and juggle moral conflicts that were as challenging to him as they were to fans.

“It was tremendously gratifying to know, roughly speaking, where we were headed,” McKenzie said. “Knowing what Gordon was about to do — and the price he would pay for it — allowed me to play those colors unapologetically.” 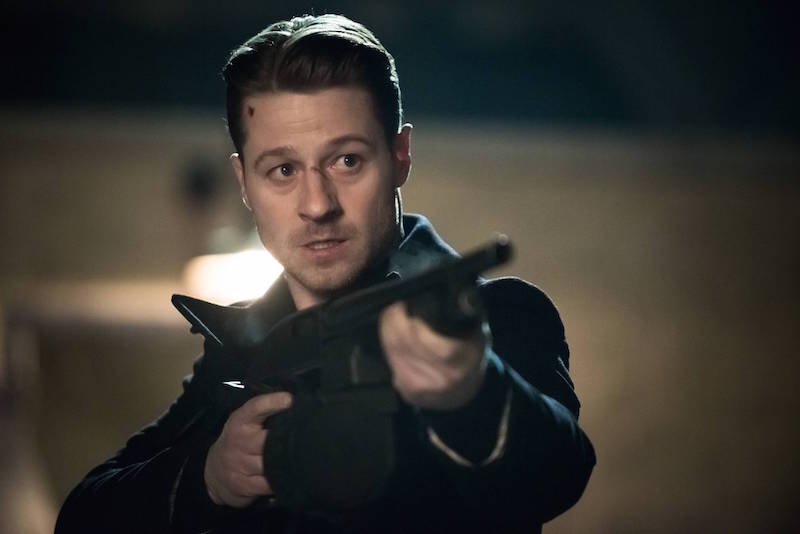 Later in Season 2, Gordon paid his “penance” for what he’d done to Galavan when he was framed for murder and thrown behind bars. Because of how guilty he felt over his actual crime, Gordon chose (at first) to remain in prison; a decision that seemed baffling to those who knew the good things that Gordon could do as a free man. McKenzie debated that complicated choice with the writers, even while shooting the scene where he decides to go back inside.

“Why would I be contemplating my guilt here?” McKenzie remembered asking executive producer Danny Cannon. “And he said, ‘Make it work. We gotta see that Gordon is burdened by his decision.”

“Gordon is never going to be a bad guy,” McKenzie continued. “He’ll always be a hero. But to show Gotham as a fallen land, as a potentially anarchic environment, we have to allow our hero to become burdened by that and to do some terrible things. That’s how you maintain power in a wasteland. That’s how you keep the wolves at bay. You have to kill a lot of the wolves.”

And there will be more dead wolves in Gordon’s future.

“Our goal in Season 3 is to continue to push,” McKenzie said. “Gordon is capable of doing even worse than killing Theo Galavan in cold blood, and we will see that in future seasons.”

Luckily for both Gotham and “Gotham,” McKenzie’s legacy-defining portrayal of James Gordon has proven more than able to handle any challenge tossed his way.

The “Gotham” Season 2 finale airs Monday night at 8pm. The series has been renewed for a third season at Fox.

This Article is related to: Television and tagged Ben McKenzie, Consider This, Fox, Gotham, Interviews, Television