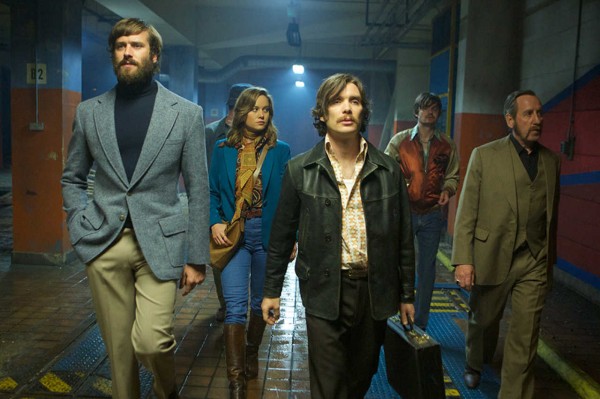 Fresh from his latest release “High Rise,” Ben Wheatley is already giving us a new glimpse of his upcoming film, “Free Fire.”

The helmer’s latest crime-drama stars Brie Larson, Cillian Murphy, Michael Smiley, Armie Hammer, Sam Riley and Enzo Cilenti. Set in 1978 Boston, the story follows a woman (Larson) who brokers a meeting in a deserted warehouse between two Irishmen (Murphy and Smiley) and two gang members (Hammer and Copley) who are selling them guns. The real action begins when shots are fired in the handover and the meeting becomes a game of survival.

“Free Fire” is executive produced by Martin Scorsese. The film was written by Wheatley and Amy Jump and inspired by the director’s love of hard-boiled crime movies like “The Asphalt Jungle,” “The Big Sleep,” “GoodFellas,” “Casino” and more.

“It will take you and stick you in the middle of the action,” Wheatley told Variety. “I want the film to have the stylish, no-nonsense feel that you get in [Sam] Peckinpah’s The Getaway. It’s a modern ’70s movie. Muscular, tough and spare.”

A24 picked up the U.S. distribution rights to the film, Protagonist is selling internationally.