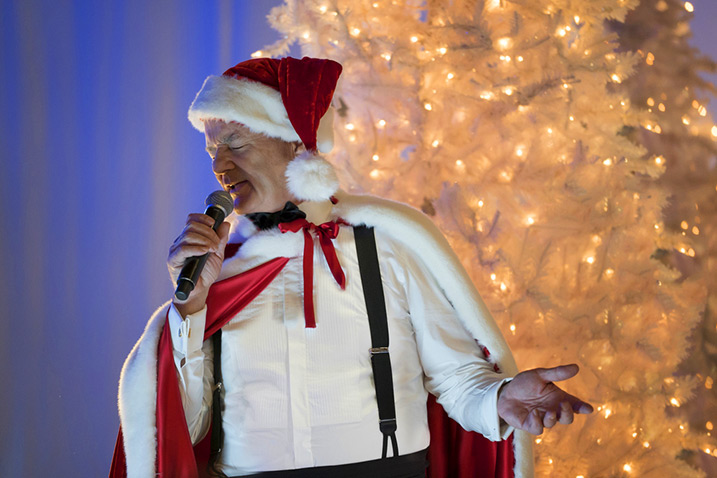 Fresh off his voice-acting role in “The Jungle Book,” Bill Murray has joined John McNaughton’s “The King of Counterfeit” along with Josh Hutcherson (“The Hunger Games”) and Linda Cardellini (“Freaks and Geeks,” “Bloodline”). Per Deadline, the project concerns two successful counterfeiters and the corrupt attorney (presumably Murray) who guides them on their illegal journey. Lotus Entertainment is repping international sales at Cannes, where the film is expected to pique potential buyers’ interest.

Murray tends to be known more for his comic consistency than he is for the range of his performances, but the actor’s previous collaboration with McNaughton, “Mad Dog and Glory,” saw him play against type as a mob boss; he’s also shown darker shades in “Lost in Translation,” “Broken Flowers” and several Wes Anderson films. Written by James Sclafani, “The King of Counterfeit” will be produced by Mike Medavoy, Robert Greenhunt and Murray himself. In a statement, Medavoy said that “I’m thrilled to be back working with both Bobby Greenhut and Bill Murray who I last worked with on ‘Caddyshack,’ and am also delighted that Lotus are a part of the producing team.”

Murray will next be seen in a brief cameo in the upcoming “Ghostbusters” reboot. He’s also slated to once again collaborate with Anderson on the director’s untitled stop-motion project, as are Jeff Goldblum, Bob Balaban, Edward Norton and Bryan Cranston.

For more, watch the trailer for “A Very Murray Christmas”:

This Article is related to: News and tagged Bill Murray, Josh Hutcherson