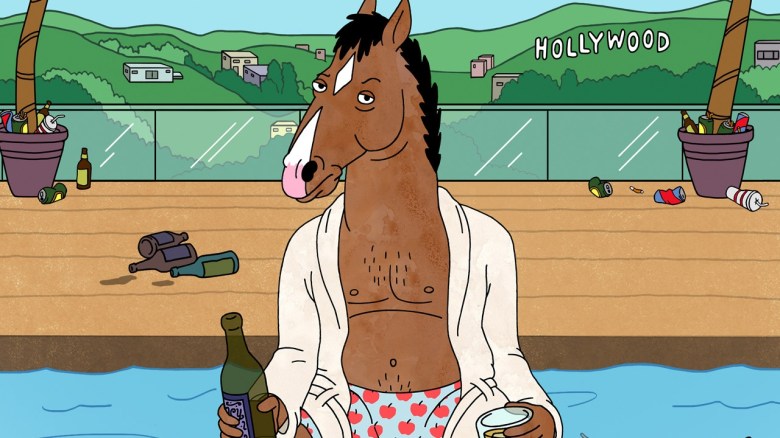 Life can be depressing. And if it’s depressing enough, @Netflix might make a show about it.https://t.co/imfzrHpzf6

At the end of last season of Netflix’s critically acclaimed animated dramedy “BoJack Horseman,” BoJack (Will Arnett) has vowed to improve his life. After years of self-loathing and coping with failure and regret, BoJack decides to take a few simple measures to become a better person, so as not to hit yet another personal and professional rock bottom. We last see him jogging up a hill and collapsing at the top, accepting that good things only come with hard work and dedication. But in the latest trailer for the new season of “BoJack Horeseman,” it’s clear that BoJack hasn’t given up his snarky personality. After some choice quotes from critics praising the series, we see BoJack at dinner with his agent and former girlfriend Princess Caroline (Amy Sedaris) calling critics “the worst” and that they can “eat a flat butt.” He may be a critical darling, but he’s still BoJack Horseman. Watch the trailer above.

Created by Raphael Bob-Waksberg, “BoJack Horseman” also stars Alison Brie (“Community”), Paul F. Tompkins (“Mr. Show with Bob and David”), and Aaron Paul (“Breaking Bad”). Though the show initially received mixed reviews, critical reception eventually turned around towards the second half of the first season and the beginning of the second. Its second season landed on The A.V. Club’s list of Top 20 shows of 2015.

The third season of “BoJack Horseman” will premiere on July 22nd on Netflix.

This Article is related to: News and tagged Bojack Horseman, Netflix, Raphael Bob-Waksberg, Will Arnett