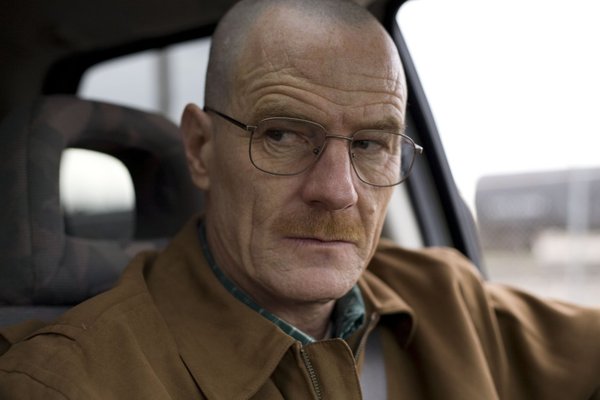 On AMC’s “Breaking Bad,” star Bryan Cranston racked up universal critical acclaim as well as three consecutive Primetime Emmy Awards for his portrayal of Walter White, a high school science teacher diagnosed with cancer who turns to a life of crime in order to provide for his family after he’s gone. Now, Cranston returns to television in a new 10-part anthology series based on the works of science-fiction writer Philip K. Dick. According to The Hollywood Reporter, each episode of “Electric Dreams: The World of Philip K. Dick” will be a standalone drama, “adapted and modernized for global audiences,” and will be based on Dick’s short stories. The series will be written and executive produced by Ronald D. Moore, who previously developed “Battlestar Galactica,” and Michael Dinner, formerly an executive producer of “Justified.” Cranston is also set to executive produce the series.

READ MORE: Everybody Wants Power In New Trailer For ‘All The Way’ Starring Bryan Cranston As Lyndon B. Johnson

Philip K. Dick’s works have been adapted to the screen on numerous occasions: Ridley Scott’s landmark film “Blade Runner” is based on Dick’s “Do Androids Dream of Electric Sheep?”; his short stories “We Can Remember It For You Wholesale” and “The Minority Report” were the source material for Paul Verhoeven’s “Total Recall” and Steven Spielberg’s “Minority Report” respectively; Richard Linklater’s “A Scanner Darkly” is based on the Dick novel of the same name; and most recently, Dick’s alternative history novel “The Man In The High Castle” was adapted into a Amazon TV show. Before “Breaking Bad,” Bryan Cranston was best known for playing Hal, the bumbling patriarch on Fox’s sitcom “Malcolm In The Middle.” He was recently nominated for an Oscar for his role as blacklisted screenwriter Dalton Trumbo in “Trumbo.”

The series was commissioned by Channel 4 and will be made and distributed internationally by Sony Pictures Television. There is no release date set for the series.