Cannes 2016: Iggy Pop Says 'Gimme Danger' Was Made With Help From 'Drug Dealers and Bootleggers' 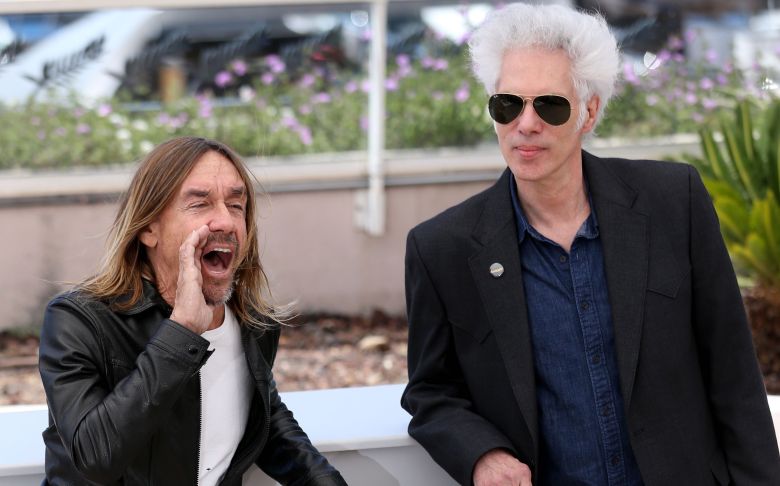 One of the challenges for Jim Jarmusch making the documentary “Gimme Danger” was the fact that most of the existing footage of the punk rock band The Stooges had already been seen by fans.

“All of this stuff was known,” Jarmusch said at a press conference during the Cannes Film Festival Thursday, adding that making the film required tracking down film footage no one had seen before. Fortunately for the director, Stooges frontman Iggy Pop (real name: Jim Osterberg) was able to enlist help from “old drug dealers, bootleggers and strange followers” who had material they could contribute to the movie, Pop said. He added that while several of the scenes in the documentary featured him on drugs like acid, today his only vice is wine. “I don’t drug up anymore,” he said. “Everybody should drop that shit.”

While “Gimme Danger” made use of newly found material, making a one hour and 48 minute documentary required using clips from TV commercials, industrial footage and old newsreels from Pop’s upbringing in the ’50s and ’60s. “It’s style was kind of a collage,” Jarmusch said, adding that Pop’s memory was the guide for the structure of the movie. “We wanted to make something somehow close to [the style of] The Stooges’ music, which is not easy to do with film.” The movie got its name from a 1973 Stooges song.

Pop saw the documentary for the first time on Wednesday and said he was struck by the significance of the old TV clips that were included. “It really hit me, like, oh Christ, I’m a product of those times,” he said. Asked about whether he thinks rock music has a future, Pop said he hoped so, but noted how much the music industry has changed during his career. “The digital age has made collecting money so incredibly efficient,” he said, adding that when he started his band, everyone in the group shared songwriting credits. “We didn’t know what publishing was….it’s different now. You can push a button and get rich.”

Jarmusch first announced his plans to direct the film back in 2010. At the press conference, he referred to the Stooges as”one of the biggest, most important bands that broke my mind open.” His only other feature-length documentary “Year of the Horse” (1997) also had a musician at its center, the legendary rocker Neil Young and his band Crazy Horse.

When a journalist asked Pop whether he thinks of himself more as Jim Osterberg or his public persona Iggy Pop, his response was classiclly punk rock. “You’re talking to Iggy Pop but Jim [Osterberg] is in control of the interview.”

This Article is related to: News and tagged Cannes 2016, Gimme Danger, Jim Jarmusch