Cannes: George Clooney on Why Trump Won't Be President and the Problem with the Media Today 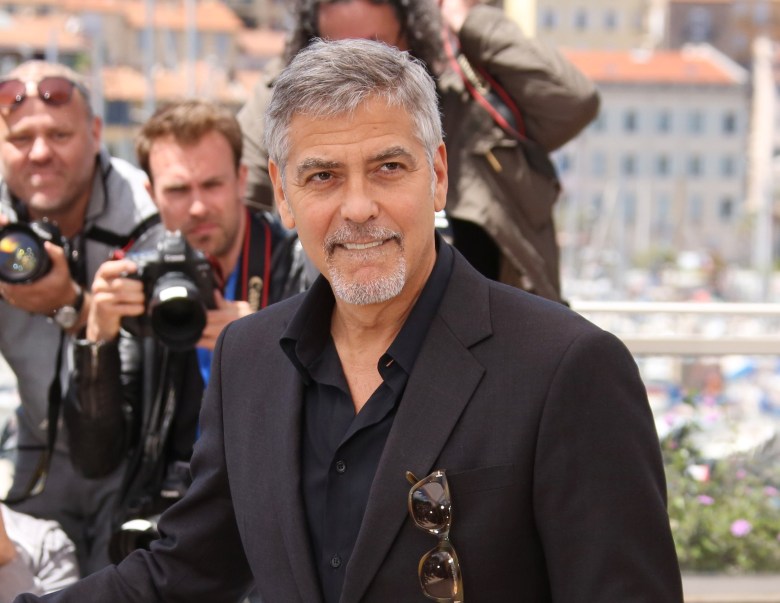 It didn’t take long for the “Money Monster” press conference at Cannes to turn political.

The film — about an investment show host named Lee Gates (George Clooney) who gets taken hostage on live TV by an angry viewer fed up with Wall Street fraud — bears so much resemblance to real life that at the press conference Thursday, RogerEbert.com’s Chaz Ebert asked Clooney if it might be a cautionary tale of things to come under a President Donald Trump. (One of the most striking similarities between the film and the real world is how much Gates’s TV show “Money Monster” is a carbon copy of CNBC’s “Mad Money,” hosted by Jim Cramer.)

Clooney responded first by addressing the premise of the question. “There’s not gonna be a president Donald Trump,” he said. “Fear is not going to be something that drives our country. We’re not going to be scared of Muslims or immigrants or women.”

What Clooney did agree with was the troubled relationship between ratings-focused news shows — both in real life and as portrayed in the film — and the U.S. public.

“Trump is actually a result in many ways of the fact that much of the news programs didn’t follow up and ask enough questions,” he said. “Ratings go up because they can show an empty podium saying ‘Donald Trump is about to speak,’ as opposed to taking those 30 seconds and saying, ‘Let’s talk about refugees,’ the biggest crisis in the world right now.”

Though one question taken during the press conference raised the issue of whether the film’s message mirrored that of Vermont Senator Bernie Sanders’ presidential campaign, “Money Monster” director Jodie Foster said the story about a working class character pushed to his limit after being defrauded by a rich investor (Dominic West) wasn’t specific to Sanders. “It’s about our complicity and our responsibility for creating a system that isn’t fair,” she said.

For Clooney, who was introduced at the press conference as an Oscar-winning actor and “human rights activist,” the crisis at the heart of the film is the way the media has placed a higher emphasis on entertainment value than accuracy.

“This movie is poignant in talking about one of the things I think that is a great disaster in the way that we inform ourselves right now, which is we’ve lost the ability to get to and tell the truth and get the facts,” he said. “We’re all starting with a different fact-basis.”