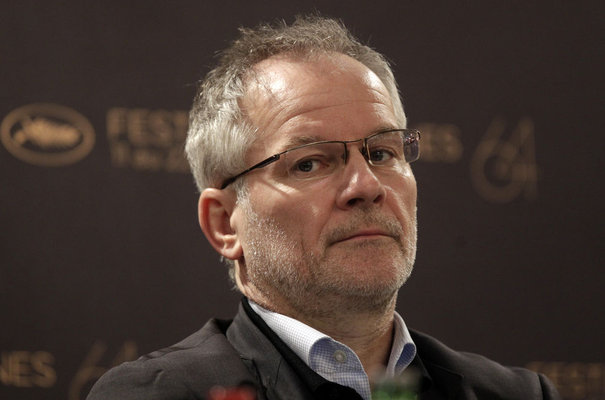 In what may mark a sea change, five different movies premiering at the Cannes Film Festival have already been picked up for distribution by Amazon Studios: Woody Allen’s “Café Society,” Nicolas Winding Refn’s “The Neon Demon,” Park Chan-Wook’s “The Handmaiden” and Jim Jarmusch’s “Gimme Danger” and “Paterson.” It’s unprecedented for the prestigious fête, whose sought-after titles have always gone to more traditional distributors in the past. According to outspoken festival director Thierry Fremaux, it’s also a good thing.

READ MORE: Amazon Studios Acquires Woody Allen’s Star-Studded Untitled Rom-Com
“There is no suspicion about [their] love of cinema,” Fremaux said. “They are good for cinema. Amazon and the people in charge of cinema at Amazon — the people who bought Woody Allen and Nicolas Winding Refn — they are movie buffs.” Those people include head of production Ted Hope, an indie stalwart who previously served as Executive Director of the San Francisco Film Society and CEO of the arthouse-inclined streaming service Fandor, and film acquisitions/development executive Scott Foundas.

Not getting so much love is Netflix, whose feature-film strategy differs from Amazon’s in one key way: Most of their movies don’t receive a theatrical release. In that sense Amazon is more old-school, and thus easier to embrace by the powers that be. “You are destroying the film ecosystem of Europe!” a French journalist screamed at Netflix CEO Ted Sarandos during last year’s edition of the festival; Hope, meanwhile, describes Amazon Studios and Cannes’ philosophies as “virtually one and the same.”

The two streaming giants’ fare also differs considerably, and it’s easy to see why Cannes would prefer Amazon in this regard. Aside from “Beasts of No Nation,” which was positioned as an awards contender last year, Netflix’s slate includes “The Ridiculous 6” and several other Adam Sandler comedies on the way.

For more out of Cannes, watch the “Neon Demon” trailer: