The actor and director continue to develop their terrific dynamic. 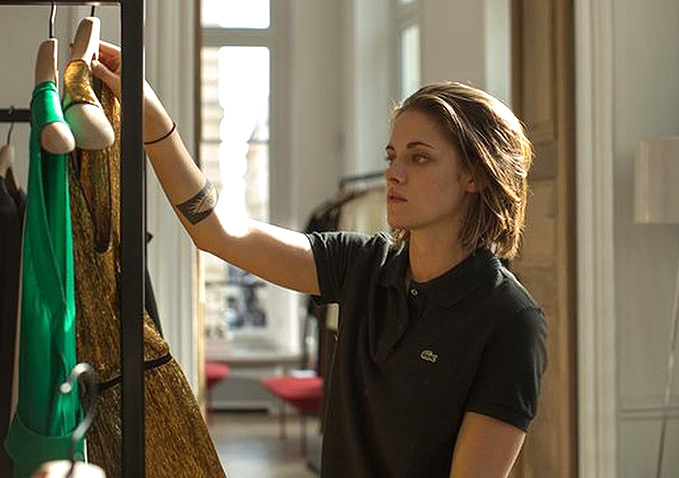 In Olivier Assayas’ “Clouds of Sils Maria,” Kristen Stewart was a supporting character; for their latest collaboration, she’s the center of the show. As Maureen, a young American woman living in Paris and coping with the recent death of her twin brother, the actress carries every scene through a series of peculiar circumstances that may or may not involve supernatural phenomena. This is a measured, richly ambiguous work about the subjective process of grief — masquerading as a ghost story — that experiments with the minutiae of film language as only a master of the medium can do.

Assayas has ventured into the genre arena before, with 2002’s sci-fi “Demonlover” and the 2007 thriller “Boarding Gate,” but “Personal Shopper” marks his first step into the horror arena. However, this is a cinephile’s idea of a horror movie, their headiest ingredients elevated to an abstract plane. The slick camerawork, slow-burn tension and mysterious circumstances have less to do with shock value than the interior processes behind it. Above all, this is a character study about alienation.

From the opening sequence, it’s clear that “Personal Shopper” aims for an experimental approach: Maureen creeps through a shadowy empty house for minutes on end, as Assayas’ camera glides along, without context. Only later does it become clear that she made an oath to her twin — who, like her, suffered from a debilitating heart problem — that whoever died first would make an attempt at contact beyond the grave.

Wasting her days running errands for a local celebrity, she spends her off time conversing on Skype with her boyfriend as he finishes a remote work project, and hanging with brother’s former girlfriend (Sigrid Bouaziz) as they strategize about ways of making contact with his spirit. Her ensuing attempts take a number of sharp turns, first with a seemingly literal encounter marred by bad CGI — and then, with something much creepier.

On a trip to London, Maureen receives texts from an unknown number, which begins a prolonged dialogue that consumes much of the film’s second act. As the suspense grows, with the texts veering into a cat-and-mouse game and Maureen uncertain if she’s actually using SMS with a ghost, “Personal Shopper” shifts into a textured, slow-going look at what it means to feel adrift in a big city. While the scare tactics of roving camerawork and sudden events bursting into a deliberately paced scene are nods to Val Lewton and Dario Argento, “Personal Shopper” ultimately has more in common with meditations on the obsessive impulses that result from solitude, recalling everything from “Vertigo” to Jose Luis Guerin’s “In the City of Sylvia.”

As with all his films, Assayas’ studied approach has a lot to say but only goes so far in being explicit; viewers will embrace the open-ended approach or reject it outright. There may be no better distillation of this tendency than Maureen wandering streets and train stations wordlessly lost in thought, gazing at her phone and grasping for an unknown variable.

Stewart’s commitment to the role is impressive, and she exudes a curious sensuality previously unseen in her career. Alone one night at her employer’s home, her character engages in a fetishistic act that suggests she’s been possessed by a deviant spirit, if not something more overtly nefarious. Even when special effects sneak into the drama, they sort of dangle there, like question marks. “Personal Shopper” isn’t a ghost story so much as it examines the psychological underpinnings that make ghost stories creep us out.

However, that’s not a selling point for anyone seeking the immediate release of a traditional horror movie, which explains the merciless boos that greeted “Personal Shopper” following its initial press screening at Cannes. They’re unwarranted, but to be fair, the movie’s ambitious intentions don’t always succeed. A few scenes end abruptly with fades to black that underserve the narrative intrigue; worse, some of the more soul-searching dialogue about Maureen’s need to cope with her brother’s death feels painfully on-the-nose. And despite her formidable investment in the part, Stewart’s halting delivery is sometimes its own worst enemy.

“Personal Shopper” premiered at the 2016 Cannes Film Festival. IFC Films will release it later this year.