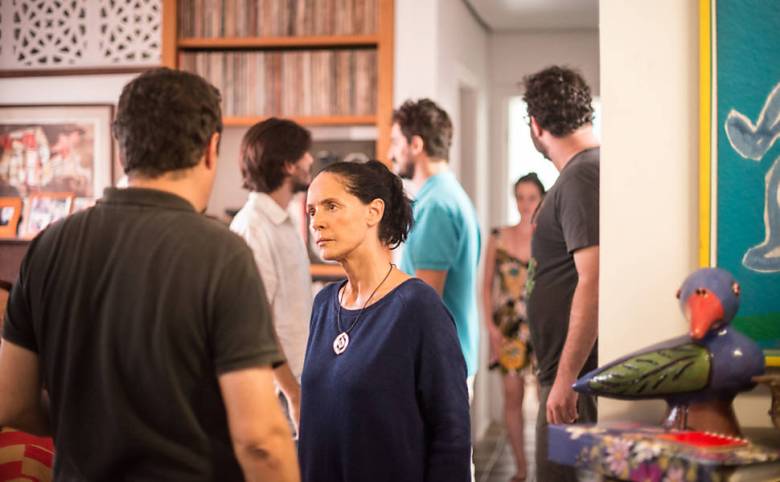 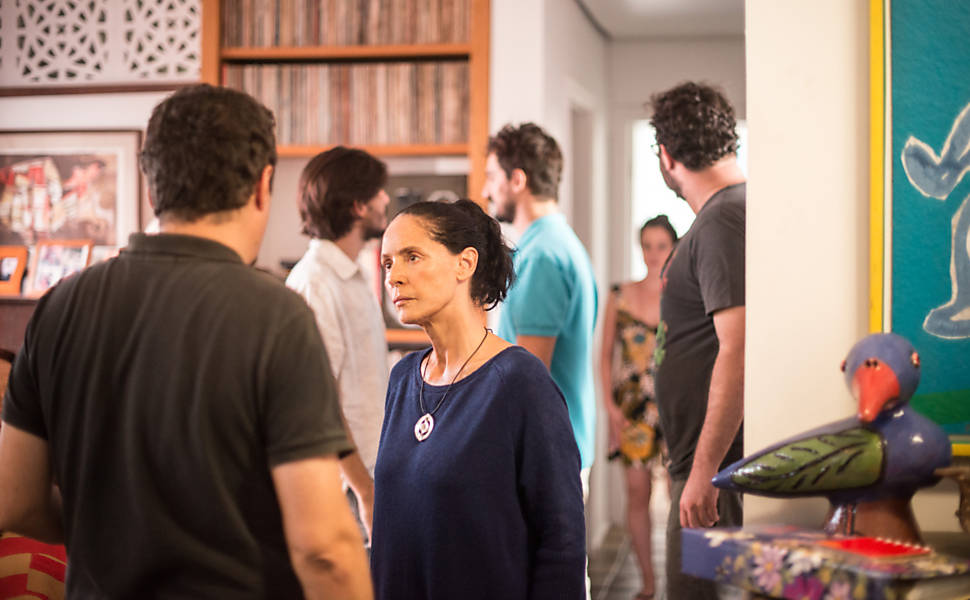 “When you like it, it’s vintage. When you don’t like it, it’s old.” That observation epitomizes the struggle facing the 65-year-old widow Clara in Brazilian director Kleber Mendonça Filho’s absorbing drama “Aquarius,” and she’s played by the great Sonia Braga in a fiery performance that’s all about vintage appeal. Thirty years after “Kiss of the Spider Woman” first brought her international acclaim, the actress delivers an extraordinary performance as the resident of an old Recife apartment building standing her ground in the face of avaricious developers looking to kick her to the curb. It’s the ultimate tough cookie role: Shrewd, domineering and confident against daunting odds, she turns an ageist threat into an opportunity to reclaim her youth.
Braga’s powerful screen presence energizes Mendonça’s otherwise meditative filmmaking, a style familiar to anyone who caught his first narrative feature, 2012’s “Neighboring Sounds.” While that movie captured the daily rituals of a middle-class neighborhood threatened by an outside force, “Aquarius” reiterates that challenge for a single individual, in the home she’s claimed for decades. Though Braga’s performance sometimes outshines Mendonça’s leisurely two-and-a-half hour narrative, in its better moments the two work in marvelous harmony.
The story unfolds across three chapters, the first of which begins in 1980, when Clara enjoys her youthful lifestyle as a music critic already living in the elegant building that shares the movie’s title; in modern times, she remains a free-spirited partier even though her world has grown much smaller. With vinyl strewn throughout her apartment and a wine glass never too far away, Clara seems content with the way her lifestyle consolidates the past and present; an average day finds her thumbing through old photographs and enjoying the occasional visits from her grown offspring.
Though troubled by her bout with breast cancer, she’s still nimble enough to visit the local pub to engage in hookups, drink with friends and relax in her hammock. But her humble routine faces an existential threat in the form of young real estate hustler Diego (Humberto Carrão), who runs a merciless development company with his father and dreams of transforming the forties-era building into a luxury condo. The other residents have already moved out; Clara won’t have any of it.
The tension between Clara and Diego doesn’t mount so much as it gradually simmers over the course of Mendonça’s wandering plot, which fixates on quiet scenes in which the retired scribe converses with family and friends, pours over old photographs and generally just tries to relax. There are shades of Sebastian Lelio’s “Gloria” to Braga’s embodiment of a woman pushing past assumptions about her physical state; she simultaneously confronts the perception of her aging body and defies it, at one point drunk-dialing a younger man for a late night tryst after blasting “Fat Bottom Girls” to drown out the orgy taking place upstairs. She’s the consistent center of the film, even when it drags, by simply commanding every moment of her screen time.
Mendonça’s loose storytelling eventually catches up to her in the bracing final act, when Diego kicks up efforts to push Clara out the door and the stage is set for a final showdown riddled with meaning. Mendonça’s fixation on the analog quality of Clara’s surroundings is tinged with melancholic desire that seeps into the pace itself. Like Clara, “Aquarius” stakes a claim to the lasting value of a patient approach. In her case, it’s an attempt to wear down her would-be oppressor until he gives up. Mendonça may not intend the same effect, but it works a gentle spell that should justify its heft to even the least patient viewer. The filmmaker offers the ultimate rejoinder to fast-paced age of developmental progress by romanticizes a tactile setting and letting the engaging atmosphere reflect Clara’s commitment. In a broader sense, “Aquarius” also engages with the paradox of a society so keen on building its future that it steamrolls the past. As one character states in a later scene, once the company resorts to dirty tricks, “this is so Brazil.”
No matter its specific geographical resonance, however, “Aquarius” works just as well on more universal terms, particularly in its expertly crafted finale, which is rich with the spirit of defiance. Above all else, “Aquarius” celebrates the prospects of growing stronger with age, with Braga’s resilience providing more than a vessel for that concern — she’s a sharp weapon of resistance, both as the character and in her rousing capacity to give it life.

“Aquarius” premiered at the 2016 Cannes Film Festival. It is currently seeking distribution.

This Article is related to: Reviews and tagged Aquarius, Cannes 2016, Reviews