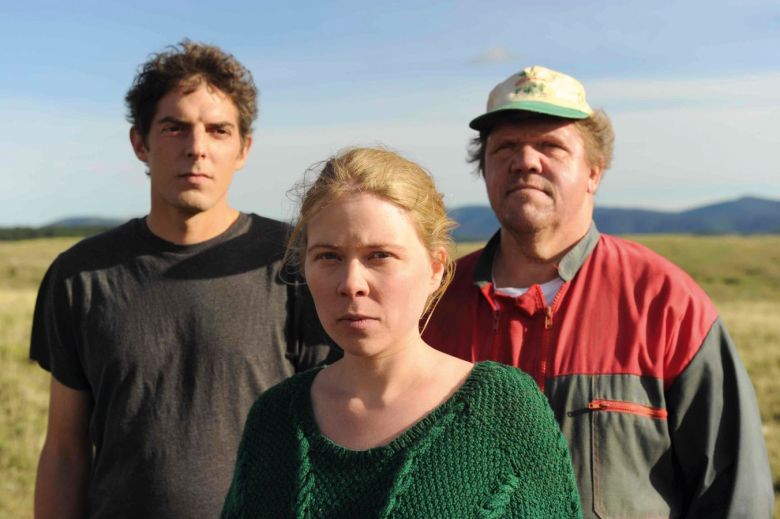 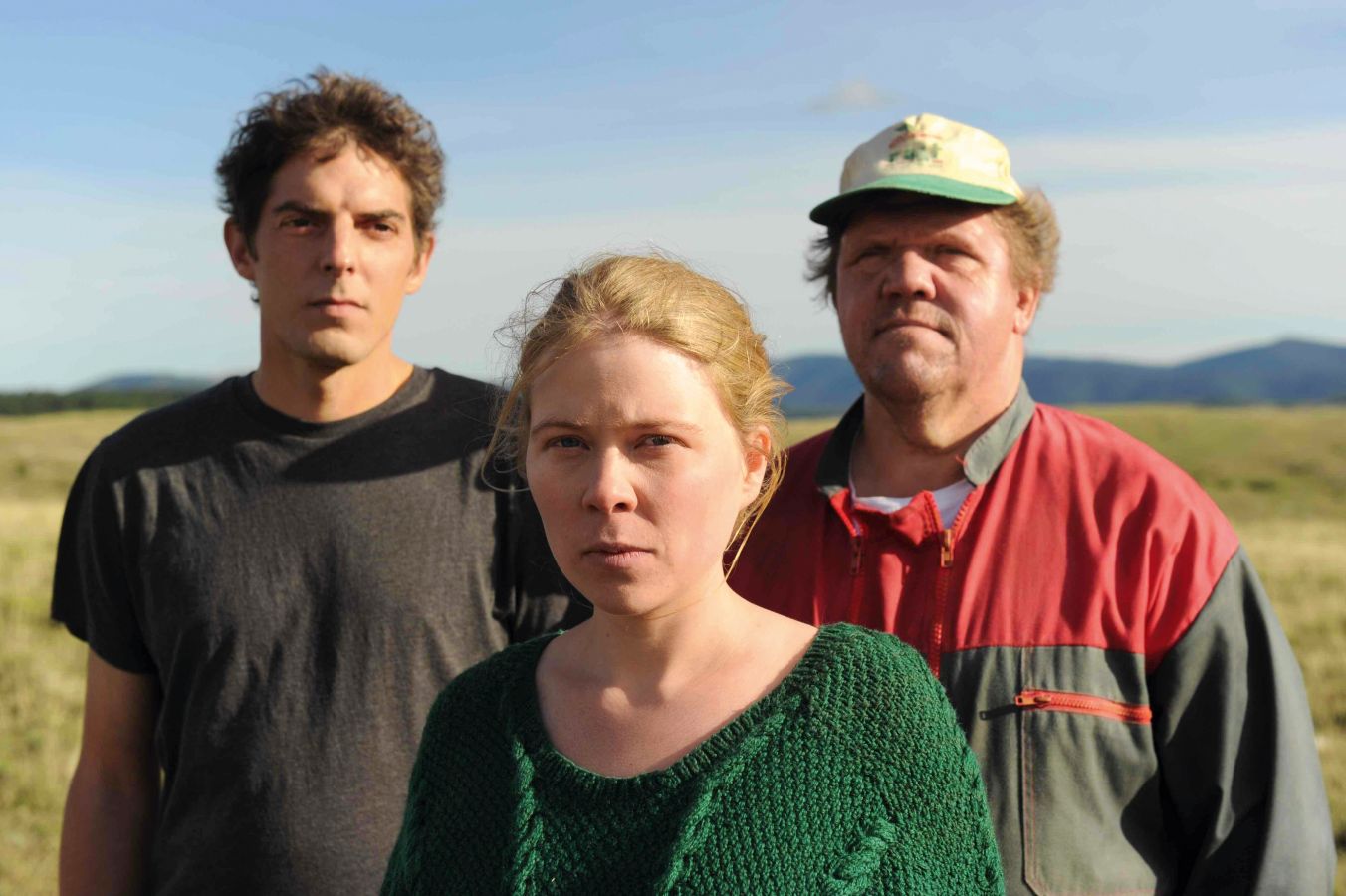 It’s never entirely clear when “Staying Vertical,” French director Alain Guiraudie’s followup to “Stranger By the Lake,” shifts into allegory. It might be the moment when filmmaker Leo (Damien Bonnard) finds himself homeless, wandering city streets while carrying his infant child, and gets stripped naked by a pack of homeless people. Or it could happen earlier, when Leo wanders through a swamp, hiding from his agent, who demands an overdue script. Or it could be the prolonged shot of gay sex set to Pink Floyd, in which Leo literally fucks a guy to death.
But the craziest thing about “Staying Vertical” is that these scenes adhere to a certain internal logic. The film never quite flies off the rails so much as it careens from side to side on the same beguiling path, with the most remarkable outcome being that the enigmatic pieces fit together.

With its puzzling look at isolation and repressed sexuality, “Staying Vertical” should come as no surprise to anyone familiar with Guiraudie through his last effort, 2013’s “Stranger By the Lake.” Just as that movie focused on a murder mystery set at a remote pond used for gay hookups, “Staying Vertical” uses a vacant landscape to explore characters confronting their deepest fears and desires. But while “Stranger By the Lake” maintained the aura of suspense, “Staying Vertical” presents its theme with a series of surprising developments. It’s a surreal black comedy and a somber character study rolled into one.
With his permanent wide-eyed expression, Bonnard provides the perfect vehicle for conveying Leo’s constant disorientation, which begins as he ventures into farm country for the ostensible purpose of researching a movie. Instead, he finds shepardess Marie (India Hair) tending to her flock and promptly falls in love. Back at her farm, he briefly encounters her scowling father Jean-Louis (Raphael Thiery, a terrific discovery from the theater world who the air of a gentler Gerard Depardieu) before retiring to her bedroom. So far, so straightforward, but Guiraudie’s transgressive agenda steadily works its way into the proceedings.
Foregrounding the film’s inquisitive approach to sensuality, the ensuing graphic sex scenes build to a shocking moment that upends their eroticism: At first, Guiraudie’s repeated closeups of Marie’s vagina before the couple sleep together seem like gratuitous throwaways, until the filmmaker delivers the same image, from a similar angle, showing her give birth in uncensored, gooey detail. With this masterful set of progressive images, Guiraudie interrogates the thin line between the sacred and the profane. Why does one image titillate while the other repels?
Such implied questions only grow more pertinent as “Staying Vertical” ventures deeper into the rabbit hole of emotional confusion. Already lonely from the outset, Leo winds up further unsettled when Marie abruptly leaves him with their child, and he enters into a perplexing relationship with her father.
Nearby, he develops an even more peculiar connection to the life of a cranky old man named Marcel (Christian Bouillette) and the young man Yoan (Basile Meilleurat) who lives with him under ambiguous circumstances. Whether the pair are lovers or otherwise entangled remains uncertain; Leo can’t help but dig deeper, a decision that once again sets the stage for more problems. Despite his apparent good intentions — as a father, a lover and an artist at different stages in the wandering plot — the world constantly turns against him.
Among the many fascinating confrontations between these characters, the ones between Leo and Jean-Louis, the grandfather to the protagonist’s wailing child, hold the greatest intrigue. The older man apparently harbors the same hidden feelings and deep-seated fears that afflict Leo, but acts out on them in a much cruder fashion. The contrast between them forms the crux of a movie loaded with ideas about the debilitating impact of social constraints. By gradually exploring that theme, Guiraudie builds to the aforementioned lethal sex scene as a giant, radical crescendo to his lyrically confrontational narrative.
Lingering in a dreamlike state throughout, “Staying Vertical” has a few too many digressions for its own good. A subplot involving plant therapy lacks the same allegorical clarity of the other bizarre twists, and the moments surrounding Leo’s creative struggle — sitting at his computer, attempting to bang out a script — offer less substance than filler.
Even then, however, the movie develops a phenomenal blend of mystique and awe about Leo’s plight. Gorgeously shot against a barren setting to emphasize his alienation, “Staying Vertical” offers a consistent world rich with possible meanings. We can’t always figure them out — but neither can Leo. Only the closing scenes reveal a transparent metaphor that unites everything proceeding them. For much of the movie, the farm dwellers fear the presence of wolves that remain menacingly unseen. When they finally arrive, “Staying Vertical” suggests that every fear demands confrontation. It’s the wisdom of that assertion that makes the puzzles of “Staying Vertical” worth confronting as well.

“Staying Vertical” premiered at the 2016 Cannes Film Festival. It is currently seeking distribution.

Watch the trailer for “Money Monster,” a Cannes Film Festival premiere, below:

This Article is related to: Reviews and tagged Cannes 2016, Reviews