Cannes: Steven Spielberg on Changing the World With Movies and Why 'The BFG' Was a Dream Come True 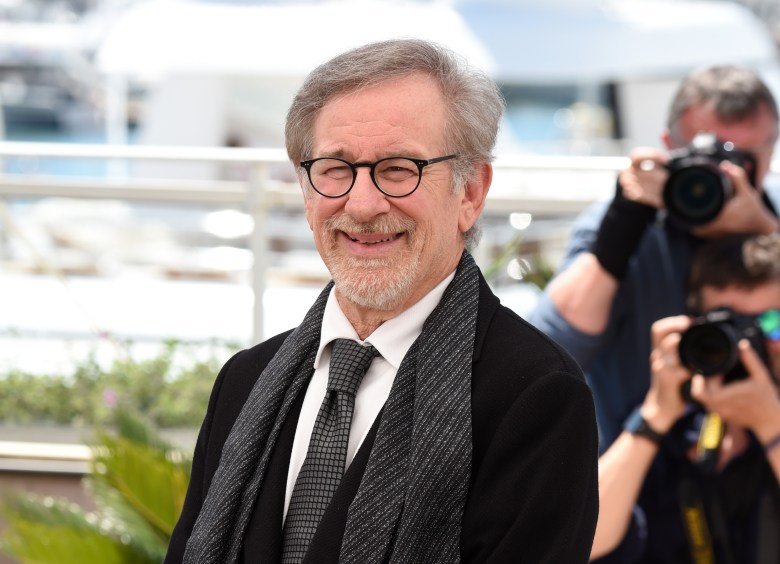 Steven Spielberg is nothing if not a dreamer.

After 44 years of directing movies, Spielberg still has the spirit of a child that believes in magic, particularly with his latest film, “The BFG,” which played at the Cannes Film Festival Saturday. At a press conference following the screening, Spielberg said that when he heard his producing partner Kathleen Kennedy had hired “E.T.” writer Melissa Mathison to adapt Roald Dahl’s beloved children’s classic, he immediately felt like a child again. “At that moment, a little voice in my ear said, wouldn’t it be a wonderful dream come true if I got to direct it?” he said.

READ MORE: Cannes Review: ‘The BFG’ is Spielberg By the Numbers

What made “The BFG” such a dream project? On top of Spielberg having to wait years for motion-capture technology to catch up with his vision for how the film should look, the story has occupied a special place in the director’s heart ever since he read it to his seven children. “I know what it feels like to be the BFG with my kids,” he said. Spielberg also happened to be at Cannes premiering “E.T.” in 1982 when Dahl published the book. “The BFG” stars Mark Rylance as the Big Friendly Giant and 12-year-old newcomer Ruby Barnhill as Sophie, the orphan girl who befriends him.

Perhaps surprisingly, when asked how he balances his unique vision for movies with the need to produce commercial films that can attract a large audience, Spielberg said he never thinks about marketability when picking projects to direct or working on a specific project.

“I can’t make movies and think about balancing [my vision and commerce],” he said. “I’m just looking for a good story.” Spielberg’s next project, the video game sci-fi thriller “Ready Player One,” will see him direct Rylance for a third-straight time, as the two first worked together in Spielberg’s 2015 thriller “Bridge of Spies.” A journalist asked Spielberg whether Rylance might also appear in an upcoming Indiana Jones film, but Spielberg dodged the question.

While the tone of the press conference was lighthearted and upbeat throughout, Spielberg did face one question addressing purported anti-semitic statements made by Roald Dahl, which Spielberg said he was unaware of. He was also asked how he manages to “believe in magic” at a time of so many crises around the world.

“The worse the world gets, the more magic we have to believe in, because that magic will give us hope and that hope will cause us to be proactive,” he said. “Hope comes from magic and I think that’s what movies can give people. It can give people hope that there will be a reason to fight on to the next day.”

This Article is related to: News and tagged Cannes 2016, Steven Spielberg, The BFG