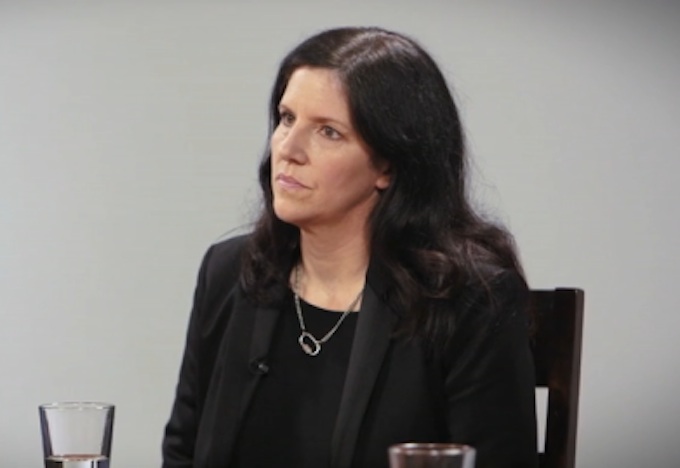 The conversation with Laura Poitras following a screening of her Julian Assange documentary “Risk” at Cannes on Thursday was more a call to action than a traditional filmmaker Q&A session.

After the screening, Poitras was joined on stage by independent journalist and former WikiLeaks spokesman Jacob Applebaum and WikiLeaks editor Sarah Harrison, who read a brief statement. “Julian Assange, the subject of this film, cannot be here today,” Harrison said. “He is detained without charge. He is in an embassy surrounded by police and has been held by the United Kingdom for the last five years. He hasn’t seen the sun for four years. The U.K. continues to deny him medical treatment.”

Poitras, whose previous documentary “Citizenfour” introduced the world to whistleblower Edward Snowden, was put on a U.S. government terrorist watchlist in 2006 after making her documentary about the Iraq war, “My Country, My Country.” After the screening, she told the room in Cannes that the U.S. government considers her to be an “anti-U.S.” filmmaker.

“Recently I’ve been filing a lawsuit against the government to find out about my case, and it confirms that there was a secret investigation for terrorism for the work that I do,” she said. “As far as I know, it’s ongoing.”

For Applebaum, his work with WikiLeaks has prevented him from returning from Europe to his home in the U.S. for the past three years, on the advice of his lawyers. “My friends, family members, and other people have been harassed and in some cases dragged in front of the grand jury and asked to become informants,” Applebaum said, adding that he now lives in “free Europe” instead of his home country.

Despite Applebaum’s inability to return to the U.S., he used the opportunity at Cannes to advocate not for himself, but for Assange, whose detainment has been called unlawful by the United Nations.

“The fact is, Julian is a political prisoner who is being demonized in the press and who is about to spend a very serious number of thousands of days imprisoned by the U.K., who does not listen the United Nations’ rulings,” Applebaum said, adding that the media also plays a role in Assange’s situation. “In the U.S., most of the journalists are propagandists and stenographers for the state.”

This Article is related to: News and tagged Cannes 2016, Laura Poitras, Risk