Bill Wolff on how Chelsea Handler plans to shake up the talk show genre, three nights a week. 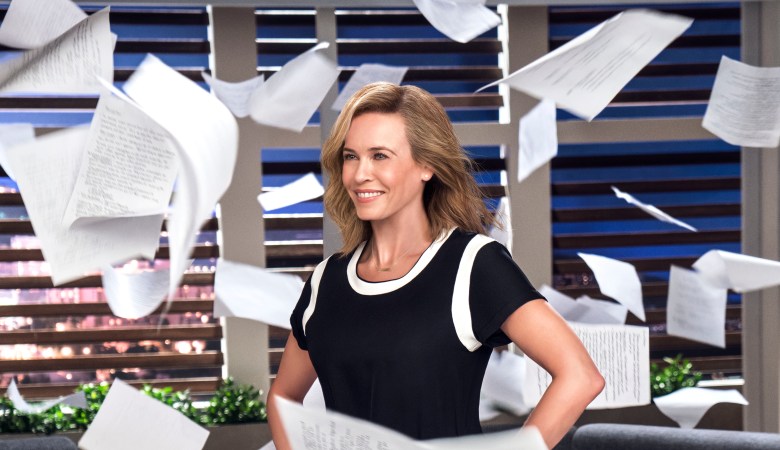 Chelsea Handler hasn’t completely thrown out the talk show playbook. But she has tossed it in the shredder.

“Chelsea,” her new three-day-a-week Netflix talk show, premieres early Wednesday morning at 12:01am PT with a format that’s a bit of a hybrid between traditional late-night chat show, PBS’ interview roundtable “Charlie Rose” and her recent documentary series “Chelsea Does.”

“It does not cast off every single convention of talk shows. There are guests and they sit down and speak,” said executive producer Bill Wolff, whose resume includes stints at MSNBC and ESPN. “But we tried to evolve some of the conventions and make it a little different.”

For example, the Wednesday premiere includes a discussion about education with Drew Barrymore, Pitbull and U.S. Secretary of Education John B. King. “It is a talk show, and the interviews will be a big part of it,” Wolff said. “But mixed in with her out-in-the-world experience and more standard Chelsea comedy bits. It’s an interesting mix of elements.”

In the run-up to the premiere, Handler banked around 45 field pieces, shot all over the world, which will help the show get up and running. Early segments include Handler carrying a Donald Trump piñata through Mexico City and meeting with a group of polygamists. 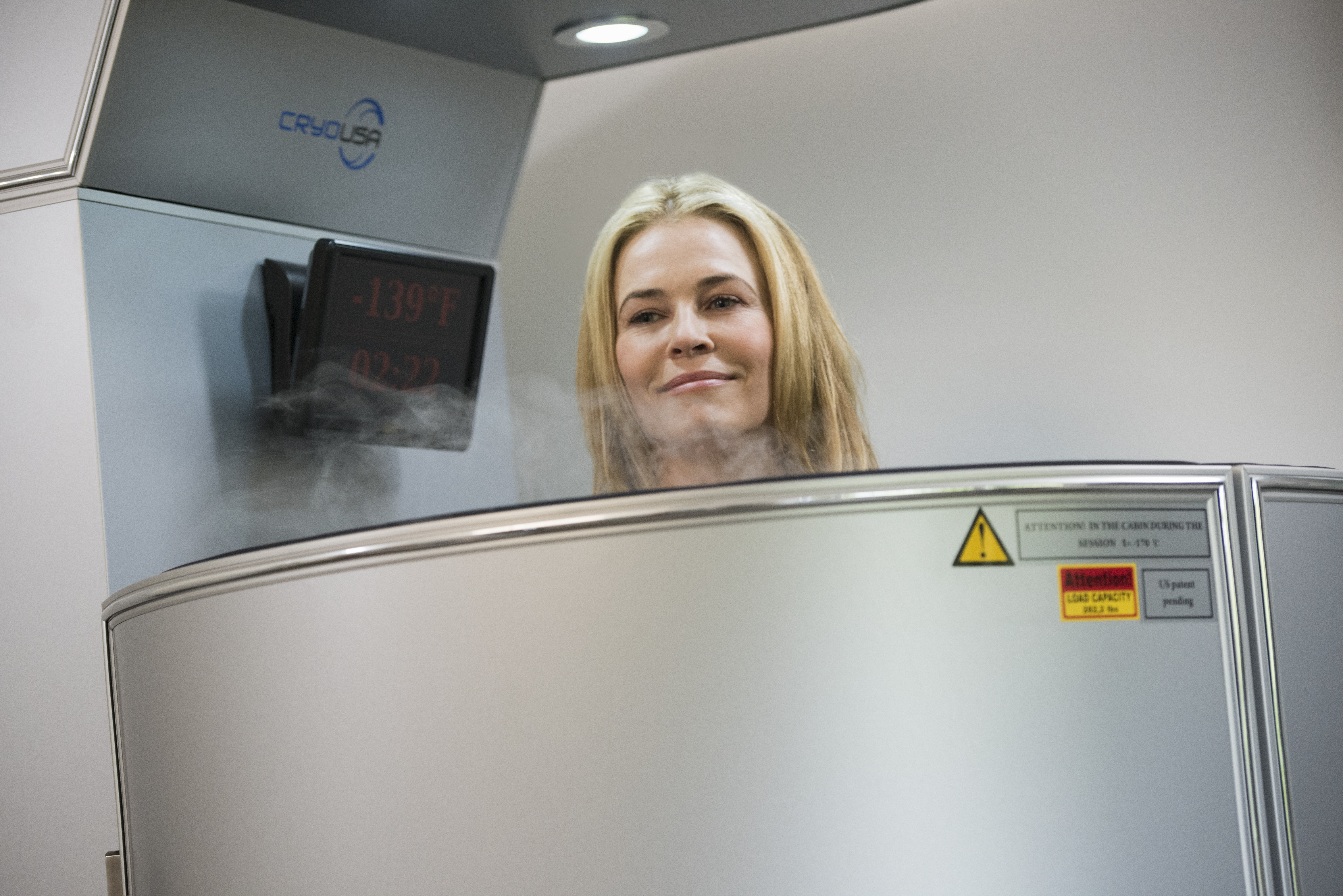 “We’re doing unusual work out on the road,” Wolff said. “She’s not doing satire and she’s not staging comedy bits. It is somewhere in between comedy and documentary. If you saw the ‘Chelsea Does’ series, we tried to capitalize on that tone and that approach with our field work, which I think is something different from what most other day-and-date strip series shows do.”

READ MORE: Watch: ‘Chelsea Does… Drugs’ in Front of Her Judgmental Dog (But Doesn’t Have a Problem)

“Chelsea” will shoot new field segments on days when a new episode isn’t being filmed in the studio, located on the Sony lot in Culver City, Calif. Handler, Wolff and the show have an ambitious plan lined up for the rest of the year: They’ll continue to upload original episodes on Wednesdays, Thursdays and Fridays through the remaining part of 2016 without a break. (The production team itself will take a week off during the Independence Day holiday, but will bank episodes in order to stick with all originals.)

Among other changes to the talk show convention: There’s no monologue – a nod to the fact that “Chelsea” episodes will be taped at least a day before they air, and an acknowledgement that many Netflix viewers may binge multiple episodes months after they post. “There are certain creative challenges to doing a show that lives forever on the service,” Wolff said.

That means some episodes may start with a field piece, while others may open with an interview. 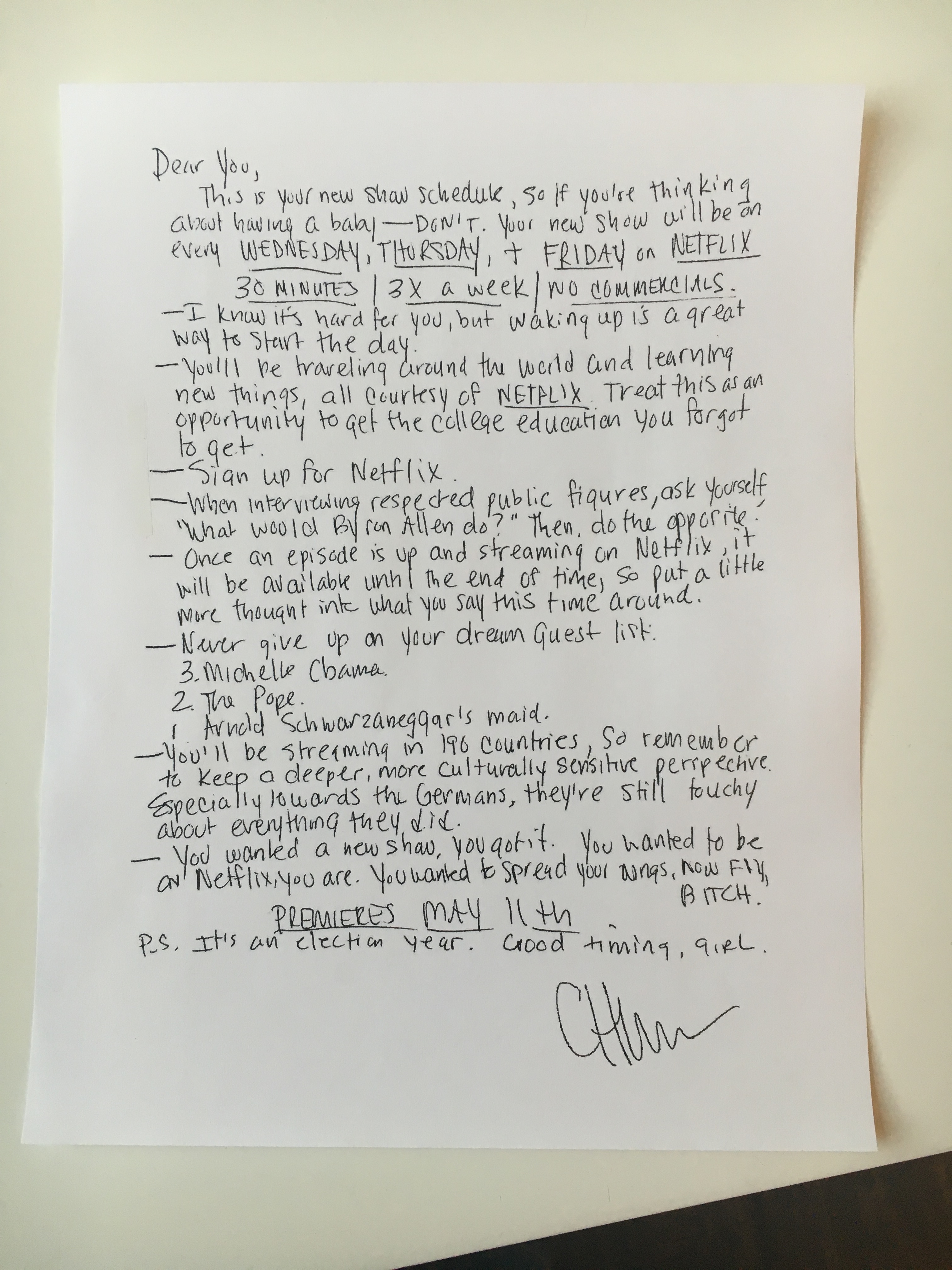 “We’re trying to create and innovate and evolve and do something different at top of the show,” Wolff said. “While there are recognizable elements and a rhythm to the formatting, we don’t have commercials and don’t have a standard format filling in the blanks. Every time we produce a show, we build it from scratch.”

“It’s a fun, weird, interesting mix of people,” Wolff said. “Some funny people, noted performers, politicians, thought leaders. Folks who do interesting things. What we’re trying to do is put a wide range of material through the prism of Chelsea’s perspective and comic approach. We’re hoping to have elevated discussions, [but] one of the real mandates is we make it entertaining and fun and funny. It’s a question of Chelsea’s curiosity and inquiry. Part of the organizing principals of the show is, ‘let’s find material about which she is curious. Let’s put together a show about that.'”

Indeed “Chelsea” is a complete departure from Handler’s E! talk show, “Chelsea Lately,” which she ended in 2014. “I don’t want to do that again,” Handler told reporters last year, having expressed her frustrations with that channel. 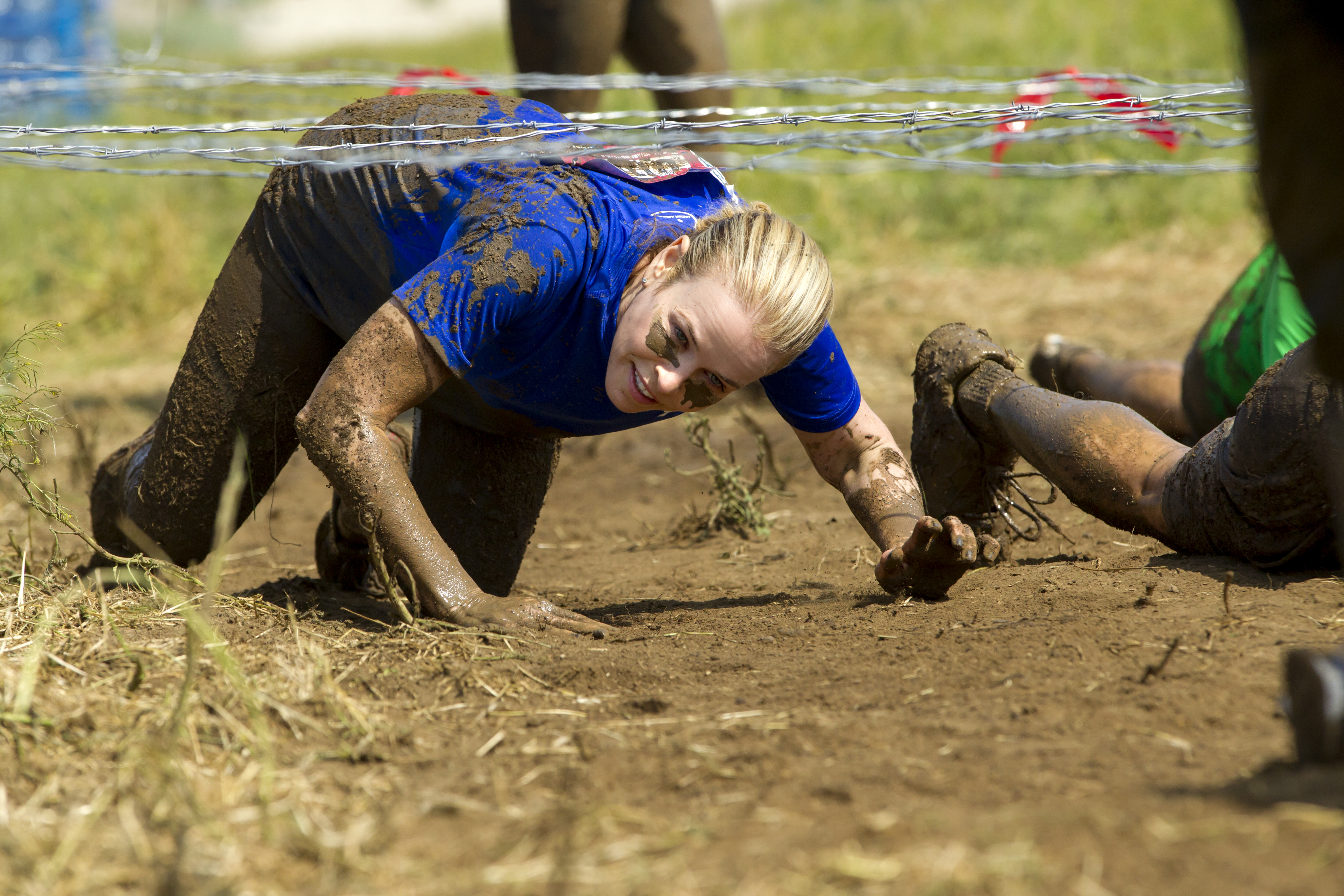 As John Ferriter, who runs the management/production firm The Alternative, told us earlier this year, “I’m curious to see if her Netflix experiment works. Can she bring her audience back and get another audience, not being handcuffed the way she thought she was handcuffed at E!? There has never been a better time for late night. It’s fertile ground.”

As for Netflix, the streaming service spent months devising a process to quickly dub “Chelsea” in 20 languages and find a way to turn around episodes quickly enough to distribute day-and-date across the globe. “Right now we’re taping with a 24-hour turnaround, and we’re satisfied with that creatively,” Wolff said.

It’s unclear how much information Netflix will share with Wolff and his team about viewership, but “my expectation is that their data analytics will be helpful to us,” he said. “They have a far firmer grasp on consumer behavior. We’re hopeful Netflix will help us out and give us guidance on what things are resonating and what’s not… It’s amazing to be around this platform and how they’re doing it. I don’t have total insight into what they do but they’re extremely smart people.”

“Chelsea” premieres Wednesday at 12:01am PT on Netflix.

Stay on top of the latest TV news! Sign up for our TV news email newsletter here. Meanwhile, before “Chelsea,” Handler starred in the docuseries “Chelsea Does” for Netflix. Here’s a trailer.