'Cleverman' Exclusive Featurette: See The Cast & Crew Explain 'The Pope of the Dreamtime' 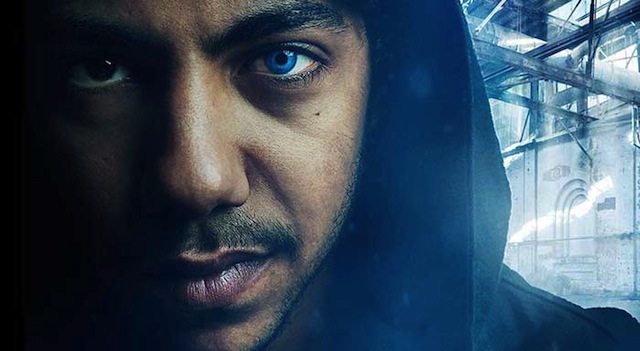 SundanceTV’s upcoming American-Australian-New-Zealand drama “Cleverman” adopts a complex mythology borne out of Australian Aborigine tradition to examine racism, asylum seekers, and border protection. Set in the near dystopian future, creatures from ancient mythology live amongst humans and battle for their survival in a world that wants to silence, exploit and destroy them. These creatures are called Hairypeople and have extraordinary powers but are cast as social misfits in society and forced to live in The Zone, a fragile community where humans and Hairypeople coexist. When a series of violent murders occur, the blame is laid at the feet of Hairypeople who are now under attack by a government body. Amidst all this, two estranged brothers, Koen (Hunter Page-Lochard) and Waruu (Rob Collins), must come together to fight various enemies and find the Cleverman, a chosen being who can restore peace in their fractured world. Watch a featurette with producer Ryan Griffin and the cast explaining who and what is the Cleverman.

Based on an original concept created by Griffin, “Cleverman” is directed by Wayne Blair (“The Sapphires”) and Leah Purcell (“Redfern Now”). Page-Lochard has previously starred in Australian dramas such as “The Sapphires,” “Around the Block,” and “Spear.” “Cleverman” will be Rob Collins’ first acting role. Other actors include Iain Glen (“Game of Thrones”), Frances O’Connor (“A.I. Artificial Intelligence), Deborah Mailman (“The Secret Life of Us”), Stef Dawson (The Hunger Games: Mockingjay – Part 1), and more.

“Cleverman” debuts June 1 at 10pm only on SundanceTV.