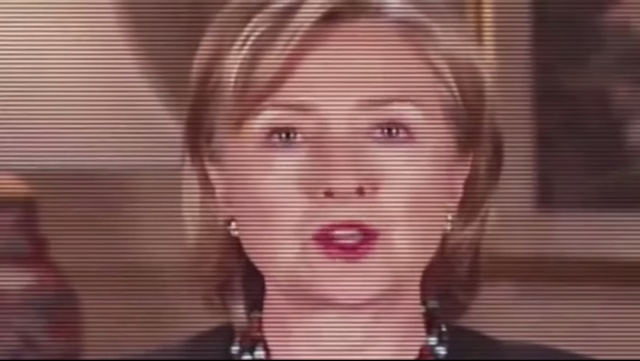 Given that it’s an election season, it’s only natural for political candidates to wage attack on their opponents in speeches, advertisements, and debates. But sometimes influential political personalities take matters into their own hands. Enter “Clinton Cash,” a documentary based on the 2015 New York Times bestselling book by conservative author Peter Schweizer that investigates the Clinton’s wealth after leaving the White House, including donations made to the Clinton Foundation by foreign entities and paid speeches made by Bill and Hillary Clinton. Watch a trailer for “Clinton Cash” above.

With all the ominous close-ups, dramatic music, and quick shots of blood-drenched cash, it’s obvious that “Clinton Cash” has an agenda, and in case you weren’t sure, Schweizer narrates at the very end that, “With the Clintons, nothing is sacred.” In short, “Clinton Cash” seeks to expose the true nature of Hillary Clinton just before the general election. The film is directed by M.A. Taylor, whose previous credits include editor and cinematographer on 2008’s “Hillary: The Movie” and cinematographer on “Hype: The Obama Effect” from the same year, “written for the screen” by Stephen K. Bannon, the executive chairman of the conservative news and opinion website Breitbart News, and executive produced by Rebekah Mercer, who’s on the Board of Trustees at the Heritage Foundation.

“Clinton Cash” will be screened for distributors during the Cannes Film Festival, but will not be a part of the festival competition.