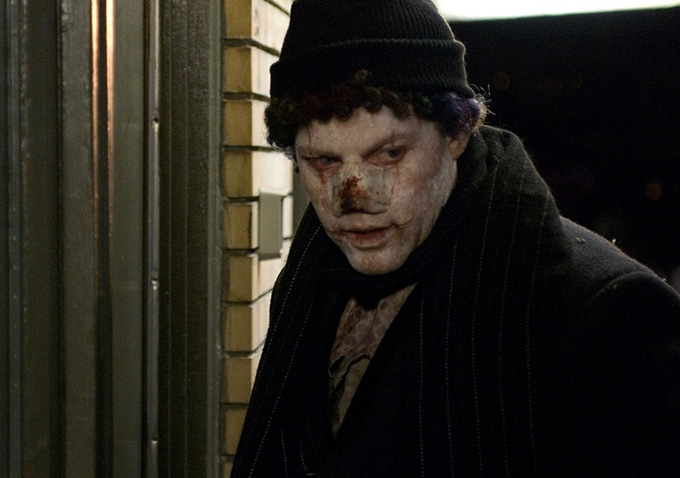 If you hate clowns more than anything, this film is not for you. Your worst nightmares become a reality in the latest trailer for the film “Clown.”

Produced by Eli Roth (“Cabin Fever”) and directed by Jon Watts (“Cop Car”), the horror film revolves around a loving father who dresses up as a clown to perform at his son’s sixth birthday party. When he tries to take off the costume, he discovers that he can’t and soon starts to inexplicably transform into a monstrous killer.

The film first made its rounds online as a fake trailer created by Watts and Christopher F. Ford, Roth was not involved at the time. After going viral, the idea became a reality with Roth loving the idea and giving it a chance.

“I loved how ballsy they were, issuing a trailer that said, ‘From the Master of Horror, Eli Roth.’ Some people thought I’d made the movie, or that it was another fake Grindhouse trailer,” the director told Deadline back in 2010. “I really felt these guys deserved a shot, and that people are truly freaked out by evil clowns.”

The supernatural movie stars Andy Powers, Laura Allen and Peter Stormare. It already saw a release in Italy and the U.K. but will be released stateside in theaters and on VOD on June 17.

This Article is related to: News and tagged Clown, Eli Roth, Jon Watts