Constance Wu: Asian Actors Must 'Train Like It's the Olympics' to Be Considered For Roles Against White Actor 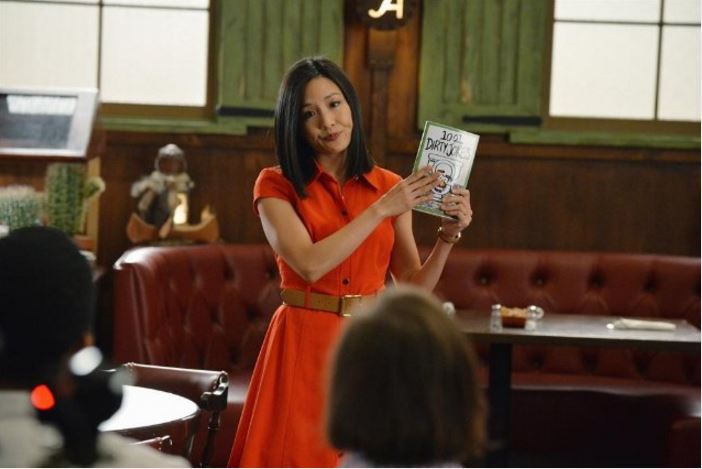 Asian-American actors are speaking out about the lack of diversity in Hollywood and finally getting their voices heard. In a New York Times article titled, “Asian-American Actors Are Fighting for Visibility. They Will Not Be Ignored” by Amanda Hess, the journalist spoke with stars such as Constance Wu, Daniel Dae Kim and Aziz Ansari about the obstacles they’ve faced when trying to land roles.

Upon obtaining the leading role in the ABC sitcom “Fresh Off the Boat,” Wu had no idea what that meant for Asian actors. “I wasn’t really conscious of it until I booked the role,” the actress said. “I was focused on the task at hand, which was paying my rent.”

She then started doing research and shifted her focus, “It changed me,” she added.

READ MORE: #StarringConstanceWu Highlights Hollywood’s Whitewashing With Posters of the ‘Fresh Off The Boat’ Actress

But the reality of it is that more roles go to white actors than other ethnicities. The “whitewashing” effect has become a topic of discussion in recent years with the casting of Emma Stone as a quarter-Chinese character in “Aloha,” Scarlett Johansson as an originally-written Japanese character in “Ghost in the Shell” and Tilda Swinton in “Doctor Strange.”

“An Asian person who is competing against white people, for an audience of white people, has to train for that opportunity like it’s the Olympics,” Wu said. “An incredibly talented Asian actor might be considered for a leading role maybe once or twice in a lifetime. That’s a highly pressured situation.”

While many studios release statements about not intentionally casting white stars, many Asian-American actors such as George Takei aren’t convinced, “It’s all so plainly outlandish. It’s getting to the point where it’s almost laughable.”

According to a February report from the Annenberg School for Communication and Journalism at the University of Southern California, “Asians make up 5.4 percent of the United States population, more than half of film, television and streaming properties feature zero named or speaking Asian characters.” The article added that “only 1.4 percent of lead characters in a sample of studio films released in 2014 were Asian.” So now Asian actors and people across the nation are making their voices heard through social media.

Fans online recently included Wu in the social campaign #StarringConstanceWu, where they photoshopped her face on past and recent movie posters to tackle Hollywood’s whitewashing problem. This came after the hashtag #StarringJohnCho went viral and included the Korean-American actor in posters for films such as “The Martian” and “James Bond.”

“Everyone seems to be becoming slowly aware of how overwhelmingly white everything is,” Ansari said in the article. “It’s almost like the whole system is slowly being shamed into diversity, but it’s moving at a snail’s pace.”

This Article is related to: News and tagged Constance Wu, Fresh Off the Boat