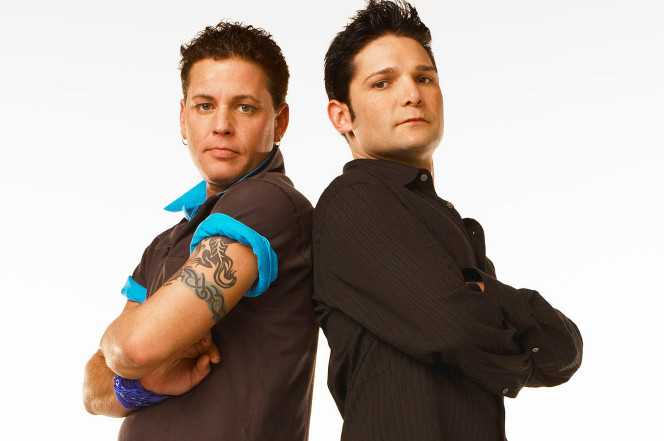 In a recent interview with the Sunday Times, Elijah Wood discussed Hollywood’s sexual abuse and pedophilia problem, saying that “there are a lot of vipers in the industry” and that “people with parasitic interests” will see vulnerable child actors “as prey.” He later clarified his comments and said that he wasn’t speaking from personal or first-hand experience, but rather a “powerful documentary” illustrated to him Hollywood’s ugly back doors. Now, another former child star Corey Feldman gave an interview to The Hollywood Reporter in which he discussed pedophilia in Hollywood, his late friend Corey Haim, and the difficulty of actually naming names.

Feldman discusses Hollywood parties in which seasoned industry veterans would invite and groom young kids, ranging from age 10 to 16. “The lure for kids is that they work in adult world. All of their friends become adults and they very rarely get to interact with other kids, especially because they don’t go to school…So when somebody approaches you and says, ‘Hey, this is a Hollywood party where you get to hang out with the powerful people in Hollywood,’ well that sounds like a great opportunity.” He talks about the man who molested him was an employee of his father’s and how he eventually became his assistant, driver, chaperone, and guardian, an example of how networking and parental oversights can lead to permanent damage.

Feldman also talks about his best friend Corey Haim and how he was a victim of this kind of abuse culture. “With me, there were some molestations and it did come from several hands, so to speak, but with Corey, his was direct rape, whereas mine was not actual rape. And his also occurred when he was 11. My son is 11 now and I can’t even begin to fathom the idea of something like that happening to him.”

Though Feldman says he would be glad to back up anyone who came forward with a suit against the people who perpetrated these type of abuses, he’s personally uncomfortable with naming names. “People are frustrated, people are angry, they want to know how is this happening and they want answers and they turn to me and they say, ‘Why don’t you be a man and stand up and name names and stop hiding and being a coward?’…I’d love to be the first to do it. But unfortunately California conveniently enough has a statute of limitations that prevents that from happening. Because if I were to go and mention anybody’s name I would be the one that would be in legal problems and I’m the one that would be sued.”

When asked if this problem is still as rampant in the social media age, Feldman responded, “It’s more now than ever because nowadays you can use the internet to create fake profiles and fake accounts. They reach out to little kids on Twitter, they reach out to little kids on Facebook, and they say, ‘I’m a big producer and I can help you.’ With social media we have more access than ever to everybody. It’s a growing problem, not a shrinking problem.”

This Article is related to: News and tagged Corey Feldman, Elijah Wood, The Hollywood Reporter