'Daredevil': How They Create the Marvel Series' Epic Stunts and Choreography 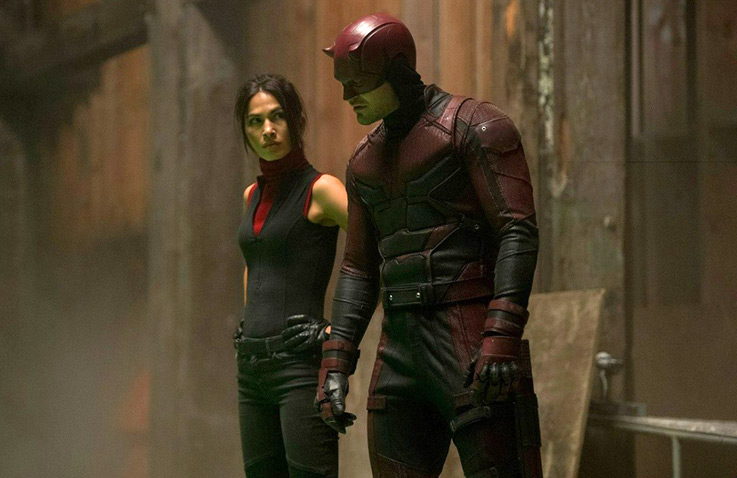 If you’ve never seen a single episode of Netflix’s “Daredevil,” there’s a reasonable chance you’ve still heard that the show’s action sequences are among the main highlights. The above exclusive featurette gives a behind-the-scenes glimpse at what goes into the Marvel series’ stunts and choreography.

READ MORE: Review: ‘Marvel’s Daredevil’ Season 2 Doesn’t Disappoint, But Doesn’t Leave Us Craving More
Star Charlie Cox is singled out for praise by several of his below-the-line co-stars; his stunt double Chris Brewster in particulate notes how quickly the actor picks up things up along the way. “The goal is to get the actors doing as much as possible,” he says, presumably to maintain an air of realism throughout and not rely on stunt doubles and CGI any more than necessary. Elodie Yung, the real-life black belt who plays Elektra, is likewise lauded by her co-stars.

Season 2 of “Daredevil” premiered on Netflix in March. A spinoff series focused on the Punisher (played in this iteration by Jon Bernthal) has been ordered, but a third season of “Daredevil” itself has yet to be announced.

This Article is related to: News and tagged Daredevil, Marvel, Netflix