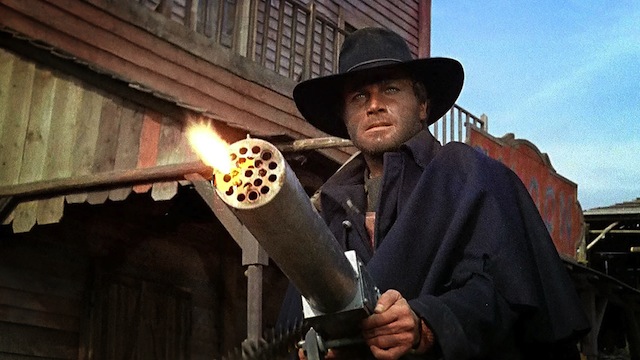 With Antoine Fuqua’s “The Magnificent Seven” remake coming to theaters this September, it’s high time major motion pictures return to the world of 1960’s westerns. Luckily, there’s another one already in the pipeline. Showbiz 411 reports that director John Sayles is set to write and direct “Django Lives,” the second sequel to the 1966 film Sergio Corbucci’s spaghetti western “Django.” Star Franco Nero will reprise his iconic role once again. He last played Django in Nello Rossati’s “Django Strikes Again,” the only official sequel to the original film. There is currently no word on when production will officially begin.

John Sayles has worked in the entertainment industry for over forty years, not only writing and directing films, but also editing and acting in them as well. He got his start working with famous independent director Roger Corman; Sayles funded his first film “Return of the Secaucus 7” with the money from writing Corman’s scripts. Some of Sayles’ notable films include “The Brother From Another Planet,” “Matewan,” and “Men with Guns.” He was nominated for Best Original Screenplay twice for “Passion Fish,” about a paralyzed soap opera star returning home to rely on nurses for help, and “Lone Star,” about a sheriff’s investigation into the murder of one of his predecessors. Sayles’ latest film “Go for Sisters” was released in 2013.

Though he’s best known for his performances in “Django,” Joshua Logan’s “Camelot,” Luis Buñuel’s “Tristana,” and in “Die Hard 2,” Nero continues to work fairly frequently up until this day. He recently made a high-profile cameo in Quentin Tarantino’s “Django Unchained,” in which he asked Jamie Foxx’s character how to spell his name.