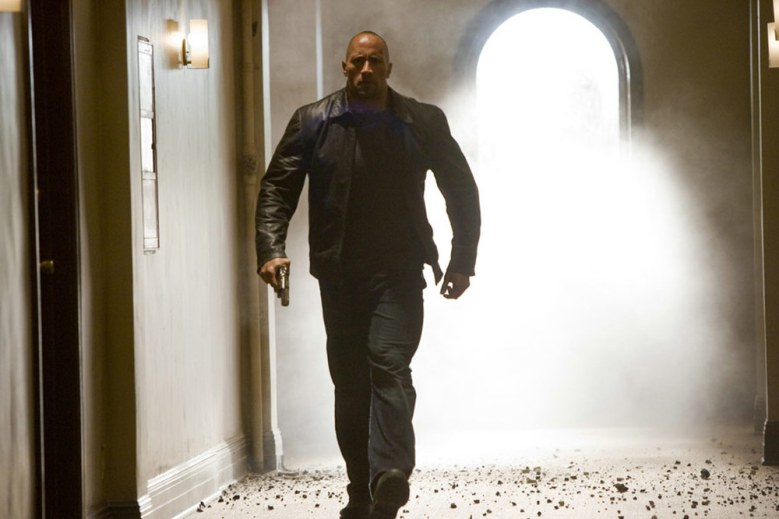 Shane Black’s latest buddy crime comedy “The Nice Guys,” starring Ryan Gosling and Russell Crowe, opened to mostly positive reviews, but the screenwriter-turned-director already has his next film lined up. He’s set to direct a film adaptation of the Doc Savage character, based on the super-intelligent hero of ’30s and ’40s pulp novels and later a radio series who was the inspiration for Superman, with a script written by himself, Anthony Bagarozzi, and Charles Mondry. Now, Variety reports that the new “Doc Savage” film has its star: Dwayne “The Rock” Johnson, who confirmed the news on his Instagram account.

Johnson describes the character as a “perfect human specimen with a genius level intellect” whose “heightened senses are beyond comprehension,” and says that the number one reason he’s excited to play Savage is because he’s “A F*CKING HILARIOUS WEIRDO!” Johnson also said that after speaking for hours with Shane Black, he “can see why the creator of Superman took only the best parts of Doc Savage and leaving the ‘weirdo’ part behind” but “it’s that ‘weirdo’ part that makes Clark ‘Doc’ Savage dope!”

Johnson first rose to prominence as a professional wrestler before moving into acting full time. He’s best known for his roles in “The Scorpion King,” “Southland Tales,” “The Other Guys,” the “Fast and the Furious” series, and “San Andreas.” He currently stars in HBO’s half-hour comedy series “Ballers.” In the late ’80s through the ’90s, Shane Black was best known as a screenwriter of such films like “Lethal Weapon,” “The Last Boy Scout,” and “The Long Kiss Goodnight.” He directed his first feature “Kiss Kiss Bang Bang” in 2005, which went on to become a cult favorite and later directed Marvel’s “Iron Man 3.” Along with “Doc Savage,” he’s also set to direct the new “Predator” sequel.”

“Doc Savage” will be co-produced by Johnson under his Seven Bucks Production banner. Production for the film has yet to begin.

READ MORE: Shane Black AMA: ‘The Predator’ Will Be Set in the Present Day, Robert Downey, Jr. Is the Man & More