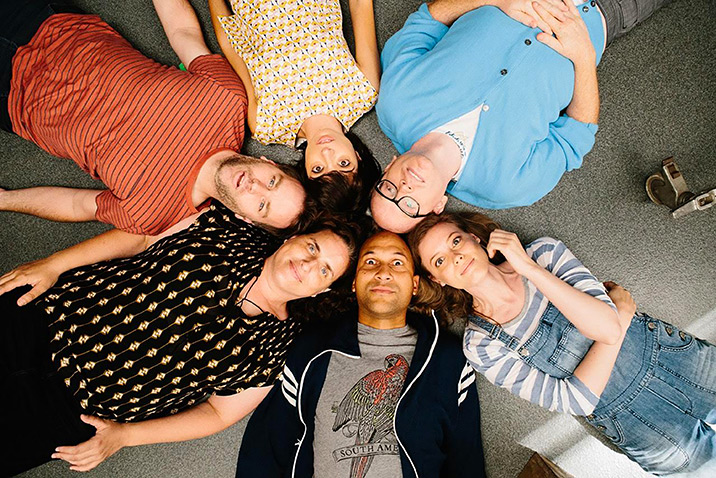 Mike Birbiglia’s latest film “Don’t Think Twice” follows the members of The Commune, a tight-knit improv group that plays to small audiences and little money. The group’s members — founder Mike (Mike Birbiglia), Jack (Keegan-Michael Key), Samantha (Gillian Jacobs), Allison (Kate Micucci), Lindsay (Tami Sagher), and Bill (Chris Gethard) — may hold down crappy jobs to pay the rent, but the live on stage, embody the rules of improv, and dream of being cast on “Weekend Live,” a fictional version of “Saturday Night Live.” But when one of their own actually gets cast on the popular show, the rest of the group starts to face the reality of possibly never becoming a big success. While navigating the ugly waters of happiness and despair, the group struggles to move on while holding onto the thing they love the most. Watch the brand new trailer for “Don’t Think Twice” above.

“Don’t Think Twice” is Mike Birbiglia’s second feature after “Sleepwalk With Me,” an adaptation of his one-man show about his sleepwalking disorder. He’s best known as a stand-up comedian and an actor, appearing in such films and TV shows like, “Orange Is The New Black,” “Trainwreck,” “Digging For Fire,” and “The Fault In Our Stars.” He can be seen in the upcoming comedy “Popstar: Never Stop Never Stopping.”

“Don’t Think Twice” premiered at South By Southwest in March and later screened at the Tribeca Film Festival. The film is scheduled to be released on July 22nd following Birbiglia’s 20-city bus tour will take to tour the film.

READ MORE: Mike Birbiglia’s ‘Don’t Think Twice’ to Get Serious About Comedy
Stay on top of the latest breaking film and TV news! Sign up for our Festivals newsletter here.