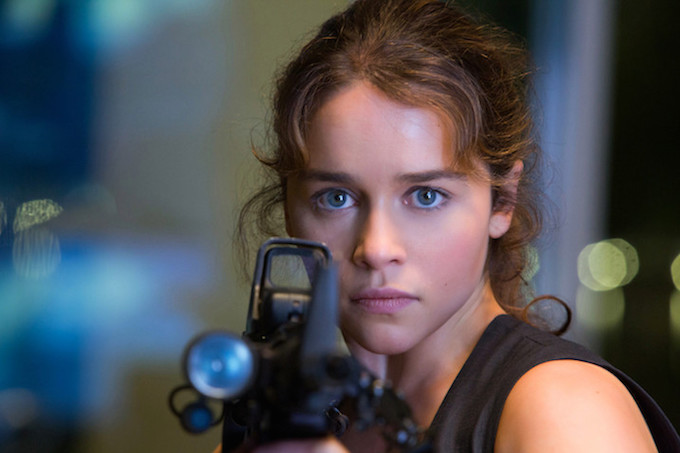 Emilia Clarke is throwing her hat in the Jane Bond ring. The “Game of Thrones” actress said that she would like to play the first female James Bond and already has her leading man in mind.

“I have a lot of unrealized dreams,” Clarke said in an interview with U.K’s Daily Star. “I would love to play Jane Bond.”

“My ultimate leading man would be Leonardo DiCaprio. No doubt about it,” the 29-year-old added.

This isn’t the first time Clarke speaks out about her approval for a role reversal. She recently called for “nudity equality” on “GOT,” asking that the nudity scenes should be equal between men and women.

“You know I did it, why can’t the boys do it?” the actress said to Stephen Colbert during a “Late Show” interview. “I think they heard me. Junk equality… Bring back all the pretty boys, get them to take their trousers down, and be like, ‘I’m now the queen of everything! I’d like close-ups of all the boys’ penises, please.'”

And Clarke isn’t the only actress ready to take on the Bond role. “X-Files” leading lady Gillian Anderson also spoke out about the opportunity to play the female version of the spy, tweeting a fan-made poster of herself as 007 and writing, “Bond. Jane Bond. Thanks for all the votes.”

The message was a response to the #NextBond fan campaign to name the new secret agent.

See more of Emilia in the trailer for “Me Before You” below, in theaters on June 3.

This Article is related to: News and tagged James Bond