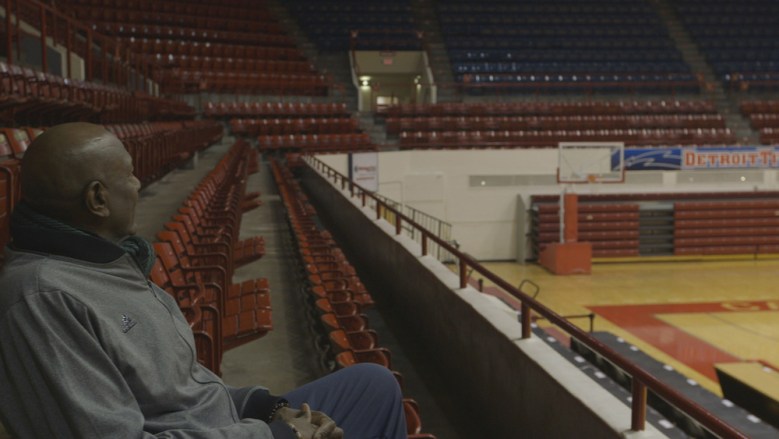 Spencer Haywood is in the Naismith Memorial Basketball of Fame, but his best-known accomplishment took place in a different court. Martin Spirit’s documentary “Full Court: The Spencer Haywood Story” delves into the NBA standout’s landmark Supreme Court case against the league’s “four-year rule,” which mandated that only players four years removed from high school were eligible to play professionally. Ahead of the film’s imminent premiere at the Seattle International Film Festival, avail yourself of its poster designed by Chuck D. The Public Enemy luminary also narrates the movie and wrote original music for it.

The SIFF premiere will be something of a homecoming for Haywood, who played for the Seattle SuperSonics between 1970 and 1975. He averaged 29.2 points per game in the 1972–73 season and 13.4 rebounds per game the following year, both of which stand as single-season records for the now-defunct franchise — they relocated and rebranded as the Oklahoma City Thunder in 2008.

READ MORE: ‘Space Jam 2’: Justin Lin to Take His Chance, Do His Dance With LeBron James in Highly Anticipated Sequel

Among the interviewees in “Full Court” are Lenny Wilkens, Charles Barkley, Bill Bradley and Pat Riley. SIFF begins on May 19, and “Full Court’s” first screening will be a day later.

This Article is related to: News and tagged Seattle International Film Festival