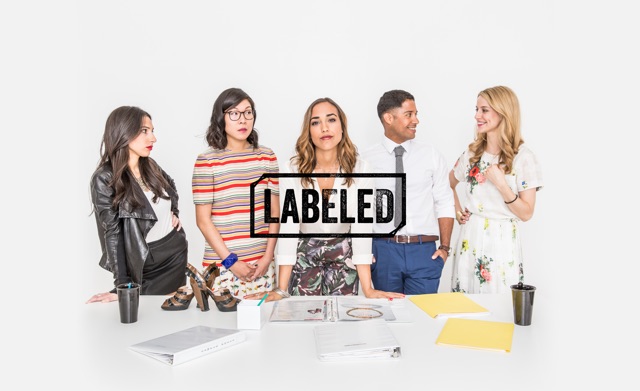 Logline: An online comedy series following the ragtag employees working one of the most “glamorous” jobs in the world for a famous Italian fashion company – though, as we quickly learn, the reality of their actual lives is much more than just a label.

Elevator Pitch:
My partner Lindsey and I were in a pitch meeting the other day when we were told by a room full of male producers that what we really needed was “a big swinging dick” to help see our creative vision through. Well, we don’t agree.

While it’s based in the fashion realm, our show Labeled is, at its core, the very relatable story of the 99% percent clocking into a 1% world, who struggle each day to retain their authentic selves (and sanity!) in a business that is anything but. It’s the job everyone would die for…that’s slowly killing them.

About the Film:
Lindsey and I did actually meet working a job very similar to the one our characters have in “Labeled,” and it’s where we first started scheming together as future writer/directors. We found that our real-life experience in the fashion industry was entirely different than the glamorized made-for-TV version that Hollywood tends to promote, and are now attempting to share our unique view of the world that doesn’t always make it through the gatekeeping that has defined the creative industry for far too long – especially for women filmmakers like ourselves who write very specific, three-dimensional characters (aka real human beings!)

Current Status: We shot the first three episodes of Labeled’s first season last summer and are now crowdfunding via Kickstarter to finance the remaining seven episodes.