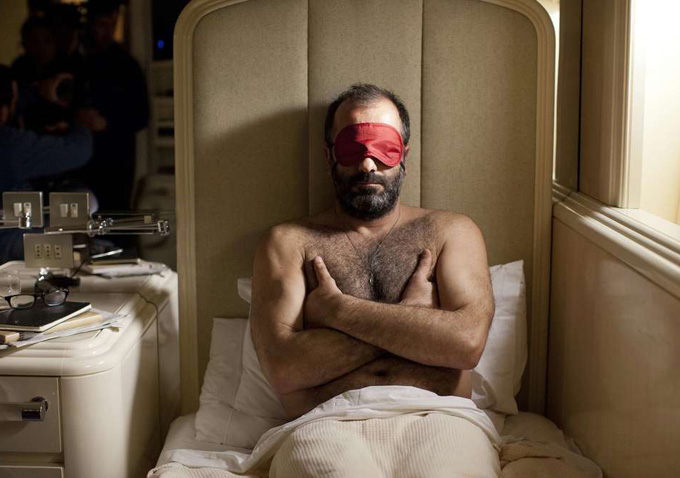 SEE MORE: Here Are All the Upcoming Movies in Theaters for May 2016

Here are the films opening theatrically in the U.S. the week of Friday, May 27. All synopses provided by distributor unless listed otherwise.


Alice Through the Looking Glass
Director: James Bobin
Cast: Johnny Depp, Mia Wasikowska, Anne Hathaway, Helena Bonham Carter, Alan Rickman, Michael Sheen, Sacha Baron Cohen, Andrew Scott, Toby Jones, Rhys Ifans, Timothy Spall, Ed Speleers, Stephen Fry
Synopsis: “Alice returns to the whimsical world of Underland and travels back in time to save the Mad Hatter.”
X-Men: Apocalypse
Director: Bryan Singer
Cast: James McAvoy, Michael Fassbender, Jennifer Lawrence, Oscar Isaac, Nicholas Hoult, Evan Peters, Sophie Turner, Alexandra Shipp, Tye Sheridan, Kodi Smit-McPhee, Rose Byrne, Ben Hardy, Lana Condor, Olivia Munn, Ian McKellen, Lucas Till
Synopsis: “Since the dawn of civilization, he was worshipped as a god. Apocalypse, the first and most powerful mutant from Marvel’s X-Men universe, amassed the powers of many other mutants, becoming immortal and invincible. Upon awakening after thousands of years, he is disillusioned with the world as he finds it and recruits a team of powerful mutants, including a disheartened Magneto, to cleanse mankind and create a new world order, over which he will reign. As the fate of the Earth hangs in the balance, Raven with the help of Professor X must lead a team of young X-Men to stop their greatest nemesis and save mankind from complete destruction.”
Criticwire Grade Average: C+ (7 reviews)


As I AM: The Life and Times of DJ AM
Director: Kevin Kerslake
Synopsis: “Adam Goldstein made a name for himself, most notably as DJ AM but not least for his celebrity connections. ‘As I Am’ is an insider’s look into the life of the late, famed mash-up pioneer: his professional successes that made him the first million-dollar deejay in the United States and his incredibly complex personal life that featured a long battle with drug addiction.” [Tribeca Film Festival]
Theatrical Release: New York (opens in Los Angeles on June 3rd and expands to various cities nationwide)
Chevalier
Director: Athina Rachel Tsangari
Cast: Yorgos Kentros, Panos Koronis, Vangelis Mourikis, Makis Papadimitriou, Yorgos Pirpassopoulos, Sakis Rouvas, Yiannis Drakopoulos, Nikos Orfanos, Kostas Philippoglou
Synopsis: “In the middle of the Aegean Sea, on a luxury yacht, six men on a fishing trip decide to play a game. During this game, things will be compared. Things will be measured. Songs will be butchered, and blood will be tested. Friends will become rivals and rivals will become hungry. But at the end of the voyage, when the game is over, the man who wins will be the best man. And he will wear upon his little finger the victorious signet ring: the ‘Chevalier.'” [SXSW Film Festival]
Criticwire Grade Average: A- (7 reviews)
Theatrical Release: New York and Cambridge, MA (opens in Los Angeles on June 3rd; opens in various cities nationwide through July)
Holy Hell
Director: Will Allen
Synopsis: “Just out of college, Will Allen, a young idealist filmmaker, joined a secretive spiritualist community led by a charismatic guru. With his camera in hand, he documented 20 years of living inside a cult that changed how he would see the world forever. Allen recorded everything, offering us a juicy and unparalleled look into the extreme ideals and expectations that make up this community, born out of Los Angeles, the city of cults. From total devotion turned to paranoia, the cracks began to unfold as unexpected truths were revealed about the enlightened leader they built every fiber of their lives around.” [Sundance Film Festival]
Theatrical Release: New York, Los Angeles and Austin
Criticwire Grade Average: A- (5 reviews)

The Idol
Director: Hany Abu-Assad
Cast: Qais Atallah, Hiba Atallah, Ahmad Qassim, Abdelkarim Abu Baraka, Tawfeek Barhom, Saber Shreim, Ahmed Al Rokh, Nadine Labaki
Synopsis: “Inspired by the true story of Mohammed Assaf, ‘The Idol’ follows the hopes and dreams of the 22-year-old young refugee from Gaza who dreams of the world hearing his voice and singing in the Cairo Opera House. Somehow he manages to escape out of Gaza and make it to the Cairo auditions of Arab Idol, the most popular talent show in the region. He gets to the latter stages of the competition, where he must confront his own fears to take control of his destiny and bring hope and happiness to an entire region.”
Theatrical Release: New York and Los Angeles

Jia Zhangke, A Guy from Fenyang
Director: Walter Salles
Synopsis: “Salles accompanies Jia as he returns to his birthplace, the Shanxi province in Northern China, and to the locations of his films. Documenting encounters between Jia and his actors, friends, and collaborators, Salles gradually constructs a multi-layered portrait of the artist. By filming Jia against the backdrop of the streets and locations that he has known so intimately throughout his life, Salles succeeds not only in creating something far more cinematic than most talking-head documentaries, but in illuminating dimensions of Jia’s personality that would otherwise remain hidden and capturing something of the complex relation between the director and his environment.” [Anthology Film Archives]
Theatrical Release: New York


The Ones Below
Director: David Farr
Cast: Clémence Poésy, David Morrissey, Stephen Campbell Moore, Laura Birn
Synopsis: “Kate and Justin are an affluent couple in a tony London suburb awaiting not just the arrival of their first-born, but also the new tenants who will rent the apartment downstairs following the death of its previous inhabitant. When Jon and Teresa move in — he a self-assured businessman, she a self-possessed professional — Kate and Justin set out to befriend their neighbours. Things get off to a good start: the overgrown back garden is restored to its immaculate former glory, and, lo and behold, the new couple is also expecting a child. They seem to have lots in common, but things take a strange turn at their first dinner party, and yet another with the birth of Kate and Justin’s baby boy.” [Toronto International Film Festival]
Theatrical Release: New York and Los Angeles, Vancouver and Columbus, OH (opens in Seattle on June 10th)
Presenting Princess Shaw
Director: Ido Haar
Synopsis: “Documentarian Ido Haar traces the internet-assisted, cross-continental collaboration between two very different musicians: Princess Shaw, a young black woman in the American South who posts her performances of her own songs on the web; and Israeli viral-video artist Kutiman, whose YouTube-sampling compositions have earned millions of online hits.” [Toronto International Film Festival]
Criticwire Grade Average: B+ (6 reviews)
Theatrical Release: New York and Los Angeles (expands to additional markets throughout June)
Princess
Director: Tali Shalom Ezer
Cast: Keren Mor, Shira Haas, Ori Pfeffer, Adar Zohar Hanetz
Synopsis: “Adar, an androgynous 12-year-old girl, lives in a small apartment with her mother, Alma, and her young stepfather, Michael. The three co-exist in an unconventional and intimate way, with Adar often slipping into bed to sleep with Alma and Michael. While Alma is at work, Adar’s close relationship with the unemployed Michael has taken a dark turn, involving gender-bending role-playing games that turn fantasy into violation. As Adar’s home life turns increasingly intrusive, she begins to search for help outside, but discovers she must retreat into a new friendship with Alan, a waifish boy who looks startlingly like her, in order to cope.” [Sundance Film Festival]
Criticwire Grade Average: B (4 reviews)
Theatrical Release: New York and Los Angeles
Unlocking the Cage
Directors: D.A. Pennebaker & Chris Hegedus
Synopsis: “Renowned filmmakers D A Pennebaker and Chris Hegedus follow determined animal rights activist Steven Wise into the courtroom for an unprecedented battle that seeks to utilize the writ of habeas corpus to expand legal ‘personhood’ to include certain animals. Wise’s unusual plaintiffs—chimpanzees Tommy and Kiko, once famed showbiz stars—are now living in filth, struggling to survive. Wise and his impassioned legal team take us into the field, revealing gripping evidence of such abuse and plunging us into the intricacies of their case as they probe preconceived notions of what it means to be a non-human animal.” [Sundance Film Festival]
Theatrical Release: New York (opens in Los Angeles on June 24th)

For more films from this month, check out our May theatrical release guide.

This Article is related to: Features and tagged Alice Through the Looking Glass, As I AM: the Life and Times of DJ AM, Chevalier, Holy Hell, Weekly Film Guide, X-Men: Apocalypse