'Game of Thrones': What It's Like to Be Melisandre the Red Woman, According to Carice van Houten 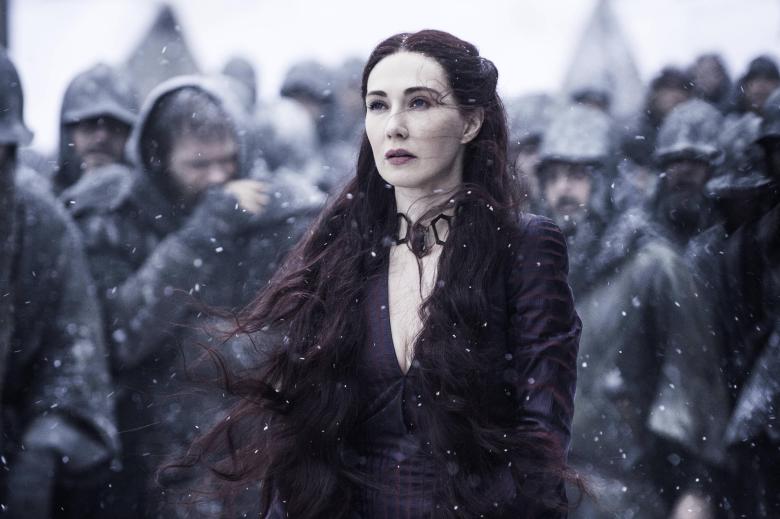 Starring on “Game of Thrones” is like playing a sport — one where dodging and weaving is necessary, if you’re going to promote the show without saying anything at all. Carice van Houten thrives on it, in case you couldn’t tell from her Twitter feed. “I’ve never been in something that’s so secretive and that’s so loved. There’s such mystery in this,” she recently told Indiewire. “I really love to play this game.”

Indiewire talked to the actress, who’s at the center of some of the show’s most controversial moments, after the second episode of Season 6, “Home,” to learn more about life as Melisandre, the Red Woman whose secrets are vast as her powers. HBO hasn’t released screeners for “Game of Thrones” this season, which means no one on the outside knows what happens next — something van Houten empathizes with.

According to van Houten, even on set the “Game of Thrones” writers make sure that everyone knows just enough to ensure the best possible performances. “At a certain point, you know what you need to know,” she said. “If they feel like you don’t know, or you need to know more, they’ll tell you a little bit more. It’s enough, I think. Even if you tried to hear more, they won’t tell you. I’m sure if it affected your performance, they would.”

That’s why van Houten knew back in Season 2 that Melisandre was older than she looked — but that was so long ago, she wasn’t sure it would come up again. “They told me very early on about the aging, but I didn’t think it was going to happen anymore because they told me in Season 2. I said, ‘We’ll see if that ever comes back, or if that’s really true.'” 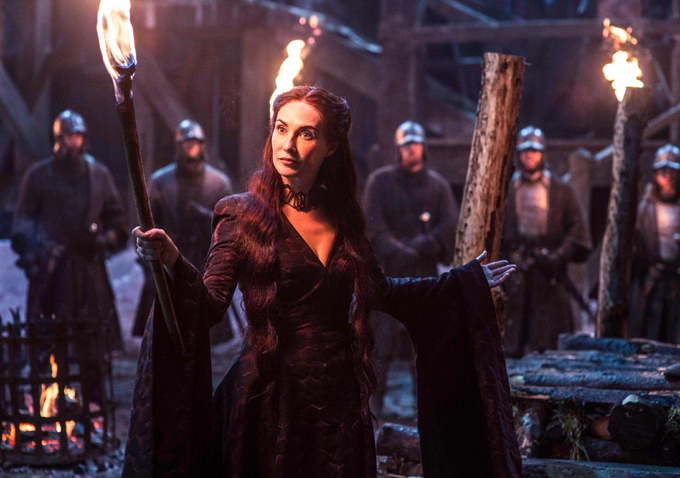 When she first wore it, van Houten didn’t know that the choker in question had magic powers. But while it’s not that comfortable, it is essential. “I personally find it a little bit struggling, to be honest, because it sometimes shifts and doesn’t really stick. It can be a little bit unfree,” she said. “But my character is not really complete when I’m not wearing it.”

As for the wardrobe in general, “the detail is amazing,” van Houten said. “It’s unbelievable how well these things are made and how beautiful they are. There is a lot of research into the fabrics. But they can be quite impractical sometimes. That’s the toll you have to pay.”

While Jon Snow’s resurrection was, of course, the episode’s most-discussed scene, Melisandre’s big moment really came earlier, when she confronted her loss of faith with Davos. “I was very happy knowing that there was going to be a shift because as an actor, I just really enjoy playing doubtful characters, people with anxiety, people with issues, difficult stuff,” van Houten said. “Melisandre, up to this point, didn’t show any of that, didn’t show any self-doubt. That’s something, as an actor, I really love to do. So I couldn’t wait to show that possibility.”

After being with the show since Season 2, she felt it was a pretty earned moment. “It was time, I think. It was definitely time after such a long period of time of being so sure and so confident,” van Houten believes. “In the style of the show, no character in the show is one-dimensional or just evil or just good. That’s the beauty of the show. It’s so layered, like life.”

“Game of Thrones” airs Sundays at 9pm on HBO. Check out just one of the show’s many trailers below.

This Article is related to: Television and tagged Carice van Houten, Game of Thrones