As 'Game of Thrones' ends in two years, the pressure's on to find new megahits. 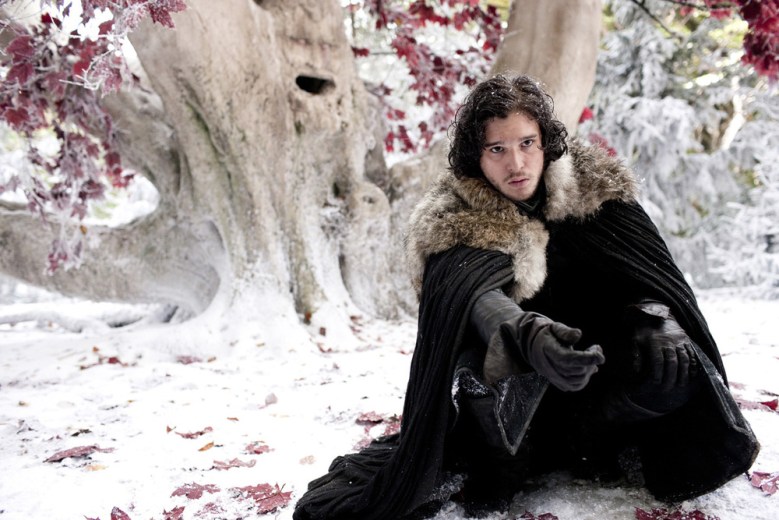 The biggest bombshell of upfronts week didn’t come from the broadcast networks. HBO programming boss Michael Lombardo’s surprise exit on Friday was a sign that even the hugely successful premium network must contend with the winds of TV change.

Perhaps it’s no coincidence that the traditional networks spent last week disavowing their cable envy. No one’s immune to the competitive pressures in this well-documented era of “Peak TV,” as highly-funded rivals jack up program costs and audiences move away from linear lineups. Even HBO, the most-envied network of them all, must adjust.

HBO was once the only destination for A-list stars and filmmakers interested in moving over to television. Not any more. The channel now faces tough competition from streaming services like Netflix, Amazon and Hulu — not to mention rival pay cable networks Showtime and Starz, plus ad-supported networks like FX, which successfully emulated the same formula in the basic cable space. HBO once had a leg up when it came to budgets and prestige, but many of those outlets are even willing to outspend the pay giant. 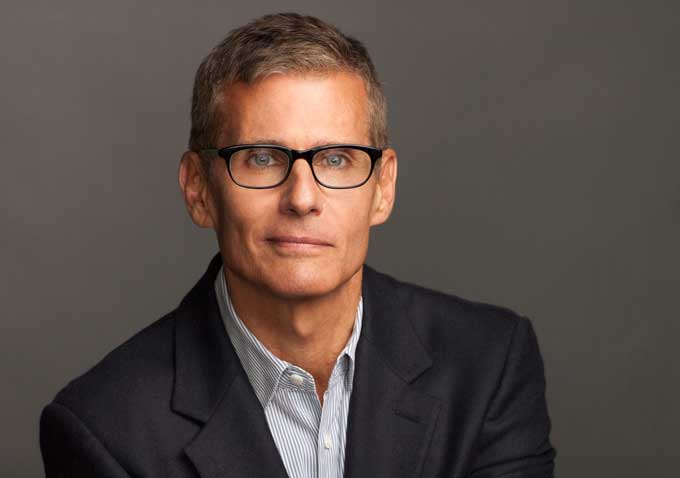 Lombardo first joined HBO in 1983, and has headed up programming since 2007. According to the network, after a 33-year run, Lombardo was ready to take a break from the executive suite and try something new as a producer (he’ll have a new deal at HBO, so he’s not straying far). But as HBO starts to mull a future without juggernaut “Game of Thrones,” it’s also likely that both Lombardo and network brass agreed that now is a good time to switch things up a bit.

READ MORE: For ‘Game of Thrones’ Season 6 to Stay On Top, It Needs to Avoid Season 5’s Big Mistake 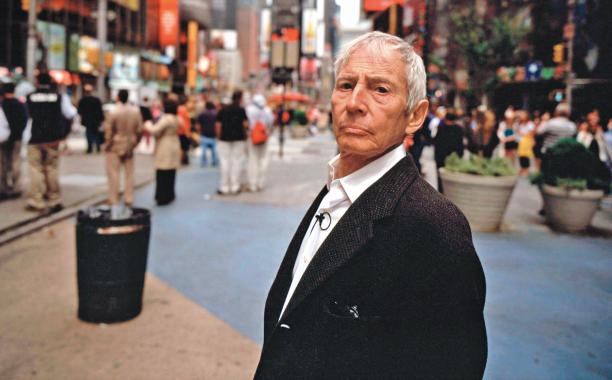 “Even though we’re not ratings-centric, people are watching it and consuming in numbers that I’ve never seen before,” Lombardo told us in December. “Like ‘The Jinx,’ we had no clue that a Sunday night docu-series would do so well. People were talking about ‘The Jinx’ as much as they were talking about ‘Game of Thrones.’ Looking forward, I think HBO Now allows us to start thinking about programming differently. Bill Simmons, Vice News — those are not so much traditional plays as they are thinking differently about a digital platform.”

Not everything worked, as HBO halted production on the miniseries “Lewis & Clark” last summer (it’s being redeveloped) and also pulled the plug on David Fincher’s adaptation of U.K. series “Utopia.” Even more disappointingly, the second installment of “True Detective” was seen as a let-down from the first edition (no word yet on a third). One major knock on HBO may be that the network has expanded its development roster too much, leaving many projects sitting in turnaround.

“The hardest part about the job at this point is not being able to do it all,” Lombardo added in our chat last winter. “Not that everything turns out as you wish, but they’re all serious talent: storytellers, filmmakers, writers.”

READ MORE: Review: ‘Vinyl’ is Like ‘Mad Men’ on Drugs, But Do We Need Another Don Draper Story?

Those hiccups during what was otherwise a great year were probably a sign that things were about to get tougher. At the start of 2016, production was delayed on J.J. Abrams’ ambitious sci-fi drama “Westworld,” while new rock-n-roll period series “Vinyl” clocked disappointing ratings. (“Vinyl” showrunner Terence Winter won’t return for Season 2.) HBO also opted not to continue the Duplass brothers’ comedy “Togetherness” despite critical acclaim. Drama boss Michael Ellenberg departed in the wake of those hour-long misfires, and Casey Bloys was upped to president of series, late night and specials. He’s now in line to take over for Lombardo. (UPDATED: Bloys was officially named president of HBO programming on May 23.)

Now come the HBO-in-turmoil pieces. But let’s all take a deep breath first. Big hit ending its run? New shows failing to deliver? HBO at a crossroads? When have we heard all this before? 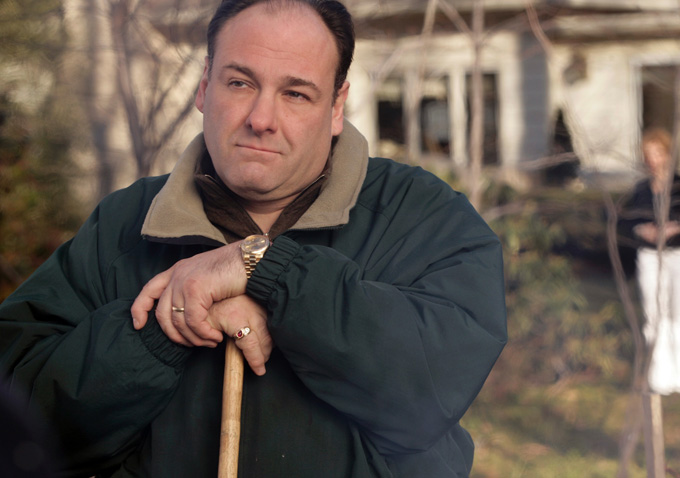 Oh yeah. 2008. Here’s what we wrote in Variety when then-HBO entertainment topper Carolyn Strauss (who reported to Lombardo) departed:

At issue is HBO’s difficulty in coming up with a new generation of megahits to succeed retired signature skeins ‘The Sopranos’ and ‘Sex and the City’ and complement aging hits ‘Curb Your Enthusiasm’ and ‘Entourage.’ To some degree, that’s because nets like FX and rival Showtime have stolen a page from the HBO handbook and have been gunning for a piece of that edgy, critical-darling action.

But none of HBO’s more recent entries, such as ‘John From Cincinnati’ and this winter’s ‘In Treatment,’ have resonated with large auds. (Some, like ‘Flight of the Conchords,’ have earned raves but haven’t posted the kind of numbers HBO was used to getting, particularly in its signature Sunday night programming block.) More recently, the net halted production on another upcoming skein, the Lily Tomlin vehicle ’12 Miles of Bad Road.’

Strauss went on to a production deal at HBO, and is now an executive producer on “Game of Thrones” — a show that was developed and launched under Lombardo’s watch. After that post-“Sopranos” dry period, HBO (under CEO Richard Plepler and Lombardo) found its mojo, starting with hits like “True Blood” and “Boardwalk Empire.”

One agent points out that many of Lombardo’s success stories remain on the air. “With ‘Silicon Valley,’ John Oliver, ‘Game of Thrones, ‘All the Way,’ ‘The Jinx,’ ‘Girls,’ ‘True Detective’ Season 1, he’s done OK,” he said with purposeful understatement.

“But the press killed him,” he added, referring to ongoing speculation about HBO’s future, “and probably too many shows that were good on paper.” 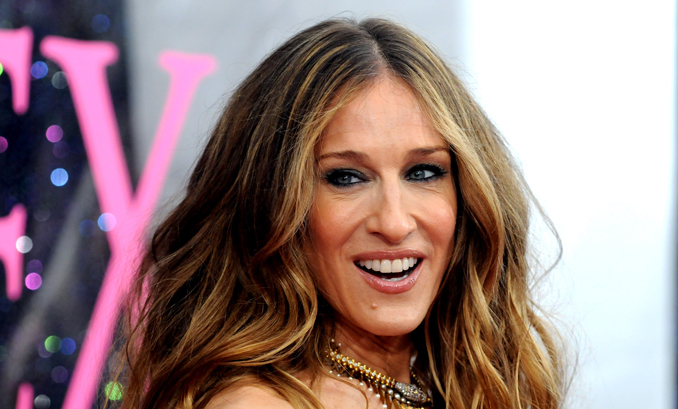 In other words, despite increased competition and a cupboard that’s starting to look a little bare, it’s hard to count HBO out. Later this year, the channel will launch “Divorce,” the new comedy from “Sex and the City” star Sarah Jessica Parker. Jon Stewart’s HBO presence is also expected to finally come together later this year.

Other series in the works include:

• Amy Adams in “Sharp Objects,” based on the Gillian Flynn novel.

The clock is ticking, with “Game of Thrones” wrapping up after just two more seasons. As Lombardo tries his hand at perhaps coming up future hits for the channel, it’s up to his HBO successors now to avoid another programming dry spell and beat out Netflix and its ilk for top-notch TV creators and stars. If their strategy fails, winter is coming.