'Holy Hell' Director Will Allen: How He Edited Two Decades of Cult Footage Into A 90-Minute Doc 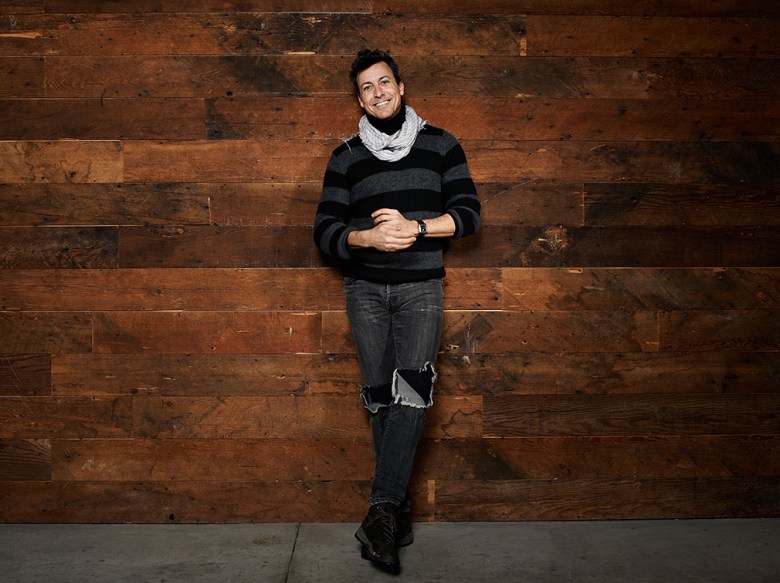 There are points in “Holy Hell” where the mid-1980s seem like a special brand of paradise. For the members of the Buddhafield, billed as a West Hollywood wellness community to its initial participants, some moments were.

“Holy Hell” director Will Allen was the Buddhafield’s de facto videographer, recording the group in those lighter moments under the watchful eye of their charismatic leader, known to many as “Michel.”

Rather than pious observers silently gathered in a meditation circle, this was nirvana by way of “Baywatch,” a throng of followers frolicking in the surf, the summer sun glistening off the crashing waves of the Pacific. The cleansing nature of this spiritual faction is emphasized at the outset, both to its members in the footage and to the “Holy Hell” audience watching everything unfold. But as Allen shows from an insider’s perspective, disease can come from standing water.

Thirty years later, after fully removing himself from the group, Allen’s documentary gathers that archival footage alongside personal testimony from other former members. After spending most of his adult life in the spiritual wake of a manipulative leader, Allen began the painstaking process of culling these interviews and archival footage down from decades to a handful of reels. Through a combination of their stories, the film gradually conveys the full picture of what shaped their all-encompassing involvement, even as this perfect world began to crumble.

In advance of today’s theatrical release of “Holy Hell,” we spoke to Allen about this unique role of being a friend, a filmmaker and a historian, all at the same time.

Especially at the outset of the film, you focus not just on the logistics of the group, but the emotional center of it. Was that just as important to get those feelings across?

That’s the biggest question that everyone wants to know: “Why were we there? Why were you there for so long?” So to explain the emotional reward we were all getting – the bonding, the growth, the love, the joy – it’s really why we were there. That is the answer. That’s what kept us in the group mentality. So I had to explain that. Otherwise, I’d just be talking around it.

As you were sitting down with the other former members, were there specific directions that you gave them or was it more turning on the camera and letting them get everything out?

What became my guide was trying not to tell the story in hindsight. So any time one of the characters started telling the story as if they knew the ending – like “Ah, I never would have done that now!” – they couldn’t say that. I had to keep it in the moment and in the chronology of the story. Whenever there was a hint of someone being bitter or too angry or too self-reflecting early on, we would have to take it out because the audience would think, “Well, if you know that, why are you still there?”

We were trying to carry them on the emotional journey. It was hard, because some of the best stuff is that hindsight. But I had to wait until the third act and build the story so we could talk about it, talk about the hurt. Why it’s damaging. What the pain was. Why it happened.

We wanted to be just a little bit ahead of the audience rather than telling them everything ahead of time. That’s not something I really learned in film school. I learned it making this. 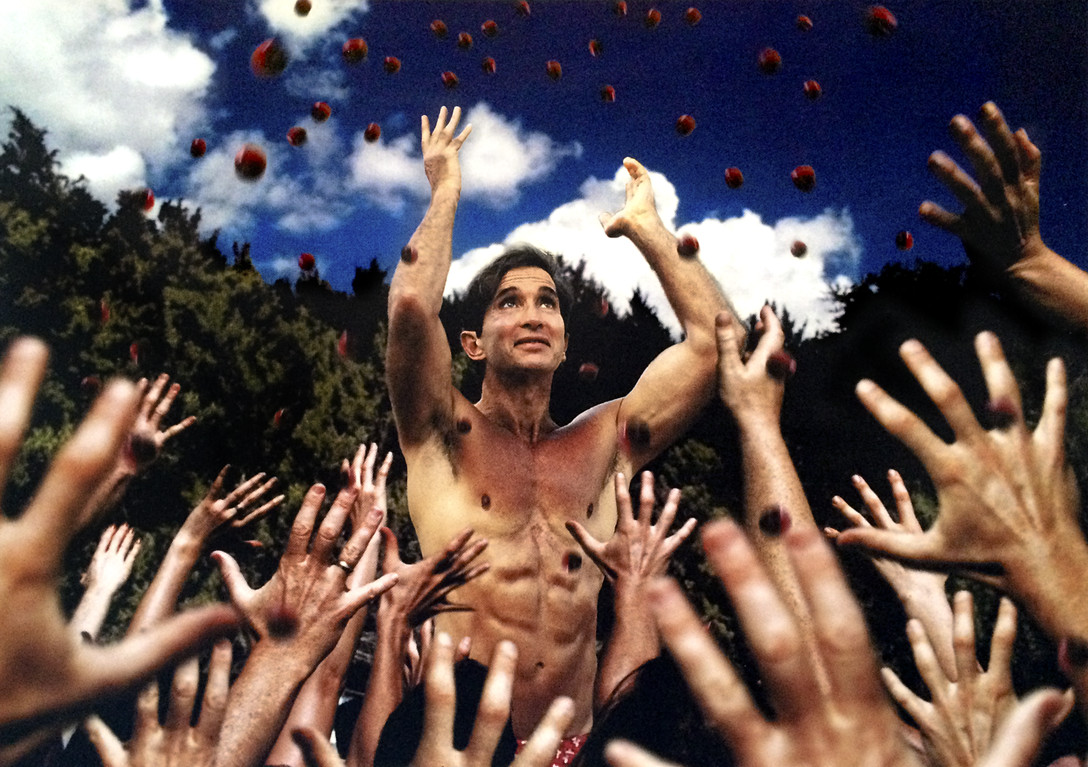 One of the biggest tasks you had for the film was condensing a long timeframe. How did you approach showing the passage of time in a way that made sense?

In the Sundance cut, I had a lot of dates in there. I would show the year and then the number of years [passed] below it. Looking at it, I took out a lot of the animation I had done and restructured it where we’d only use the dates at the beginning of a change of events. A marking point like, “Whoa, something’s going to happen here” or “This changes everything.”

This time, I just showed the year and had a separate card for the amount of years because I really wanted the audience to feel that more than the date. They do need to think for a second, “This is how many years have gone by,” because we’re moving fast.

You’re presenting so many other people’s experiences, but this is your story too. How did you balance your personal connection with everyone else’s?

Originally, I wanted to tell everyone’s story, not mine. That’s what I’ve been doing for so many years, hiding behind the camera and telling other people’s stories. This one, I had to put myself into it.

My story is a little complicated because I lived with [Michel] for 18 years. So the proximity of my experience was completely different. I can talk about what they’re talking about, but they can’t always talk about what I’m talking about, because they didn’t have my experience. Being around him, I consider it being different degrees of closeness and proximity and damage. Some people on the periphery don’t get hurt because they’re not that involved. All these characters are very involved, but I had a different experience because I lived with him.

We all stay in things, bad relationships or whatever. We don’t know everything. The trick of the matter is that it was really confusing at that time. It took me four, five, seven years to find out what happened and really get the story. None of us really had the whole story at the time. I’m not trying to damn my friends, because we’re all good people. It’s just confusing, is the point. 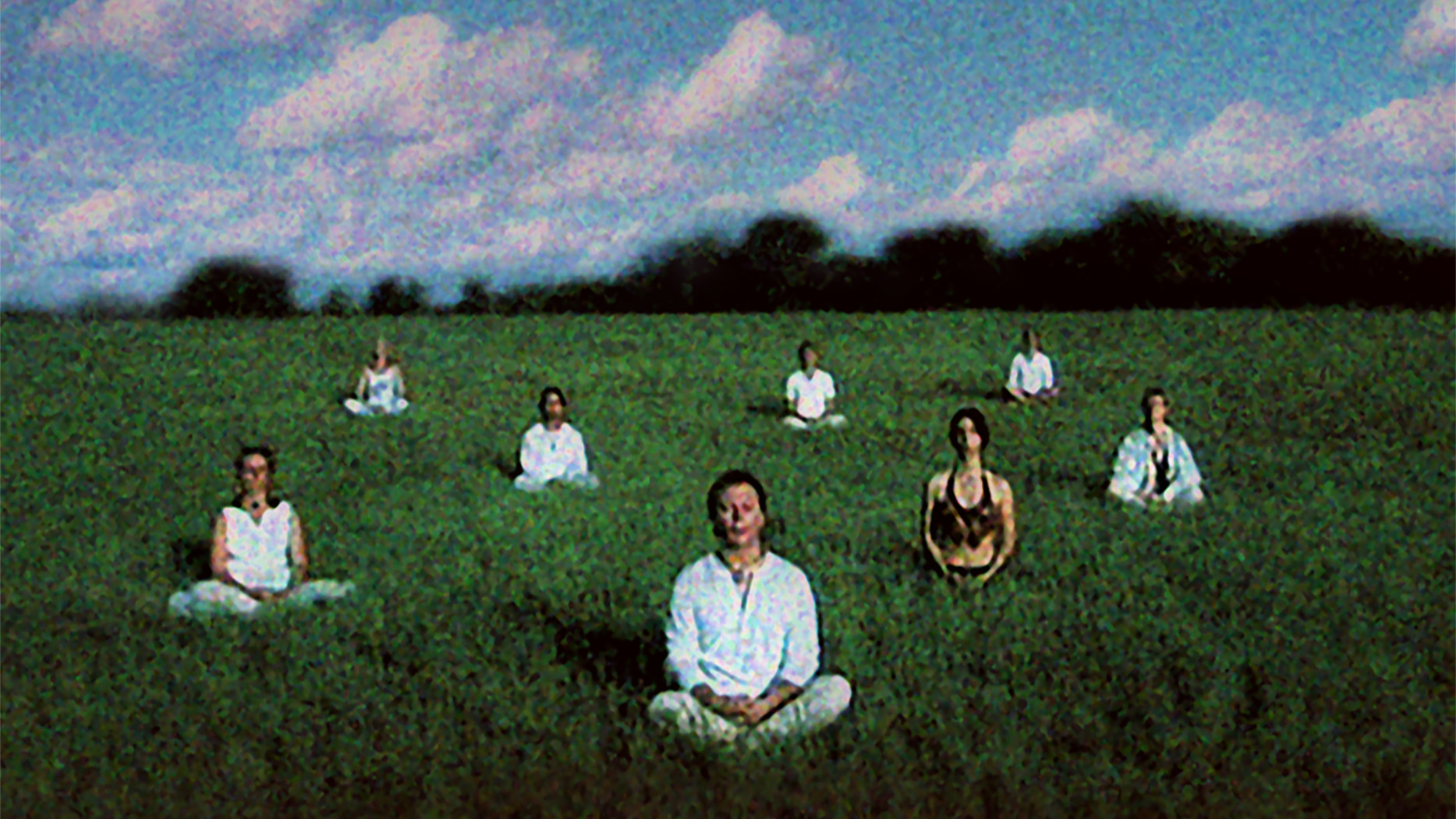 How important was it for you to focus primarily on the people who were involved and leave that as the primary context for the story?

The first trailer I made – the first attempt at this – had a sociologist, who wasn’t in the group but was aware of it. She was able to speak personally, but very clinically about it. And it was really well inserted in the film. But experts are on every television show now. Dr. Oz has experts. They can end up spoon-feeding the audience what to think. So I decided four years ago that we were going to tell our story ourselves. We weren’t going to have someone who wasn’t there try to speak for us.

It’s interesting that one of the tipping points in many people’s decision to leave the group was an email. You’re talking to the universal experience of finding belonging and then being more connected via the Internet is what helped a lot of you leave.

Which is good for our planet, to have transparency and the Internet. One person said, “It’s hard to do this nowadays because there’s cameras everywhere.” It’s harder to get away with this kind of stuff because everyone has a phone, everyone’s shooting and capturing things. They’re communicating. We know what happens across the world today and we can see it. We have a much better connection to each other, which we didn’t have when we were starting this social experiment.

The montage at the end of the film is surprisingly emotional. Was that always the plan, to end the film that way?

I always knew I was going to gravitate towards using that footage. I wasn’t sure how. I started editing and I was completely inspired with the idea of the ending and the song. And then I saw my notes and heard my voice memos to myself: I’d had the same exact thought six months ago. Like, “Use this song and say who stayed.”

So it was meant to be, I think. Something else I found that was important to help us illustrate the complexity of the human condition.

“Holy Hell” opens today in New York, Los Angeles and Austin. Screenings will take place in additional cities throughout the month of June.

This Article is related to: Interviews and tagged Documentary, Holy Hell