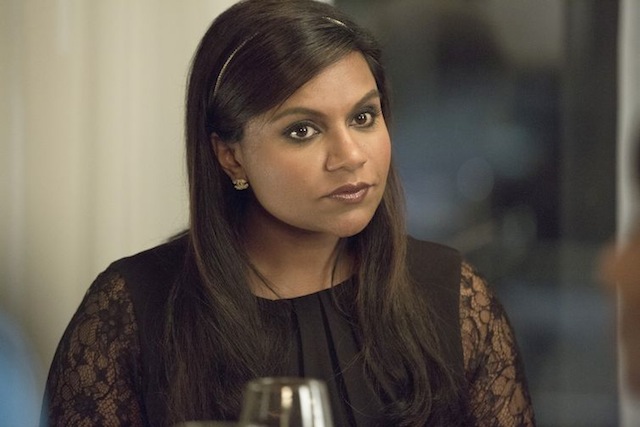 Ahead of its official Upfronts presentation this morning, Hulu has renewed two of its biggest critical darlings: “The Path” and “The Mindy Project.” Cult drama “The Path” premiered earlier this year to strong reviews. Indiewire even called it the best new drama of the year so far.

The series stars Aaron Paul and Michelle Monaghan as a married couple living in a spiritual cult, presided over by Hugh Dancy. As the husband begins to have doubts about the society in which they live, their marriage is thrown into disarray, all while the group’s leader takes desperate measures to solidify his power. “The Mindy Project,” meanwhile, will return for a fifth season. Hulu saved the comedy series after FOX canceled it, and it’s currently wrapping up its fourth season on the streaming platform.

– Anna Kendrick, Seth Rogen, Emma Watson and a slew of other stars will take part in NBC’s second annual ‘Red Nose Day Special.’ The show will raise money for children living in poverty, and will be broadcast live on Thursday, May 26.

– The Seattle International Film Festival has announced it full lineup. Highlights include a Centerpiece Gala for “Gleason” and a Closing Night fete for “The Dressmaker.” The festival will also honor Viggo Mortensen with the SIFF Outstanding Achievement in Acting Award and will screen his “Captain Fantastic.” Other highlights on the slate include an Opening Night Gala for “Cafe Society” and screenings of “Holding the Man,” “Radio Dreams” and “Mr. Gaga.” This year’s SIFF takes place from May 19 – June 12. You can check out the full lineup here.

– The IFP Marcie Bloom Fellowship in Film has started taking applications for 2016-17. The fellowship is available to four graduating students who want to work in the New York film community.  The unique program was started by Marcie Bloom, a former Co-President and Co-Founder of Sony Pictures Classics.  Once a month fellows will meet with Bloom and a special guest at her Upper West Side apartment. Past guests have included Elvis Mitchell, Gillian Robespierre, Christine Vachon, Glen Basner, Bennett Miller and other NYC film producers, directors, writers and leaders. Applications are due by June 23rd, 2016.

This Article is related to: News and tagged Hulu, The Mindy Project, The Path