If 'The Late Show with Stephen Colbert' Needs to Change, They're Starting in the Wrong Spot 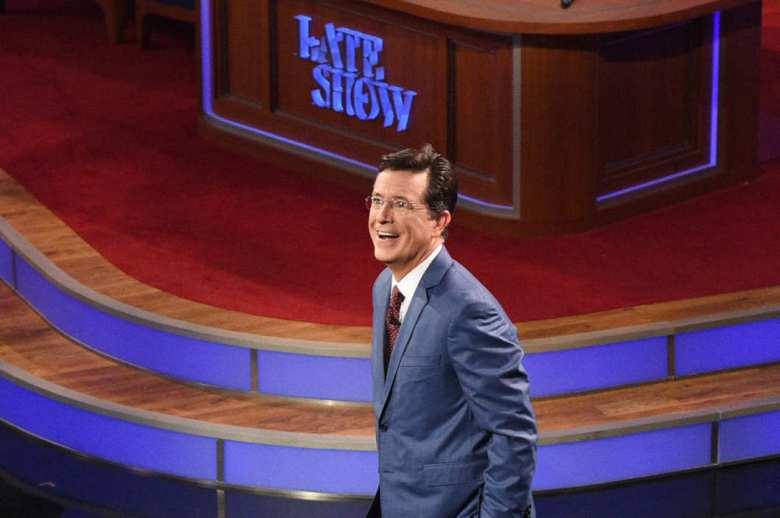 One-hundred-and-thirty-three episodes into Stephen Colbert’s tenure as host of “The Late Show,” there’s a pretty consistent source of late night magic. In a majority of these shows, it’s come right at the top: the eponymous host walking out to the raucous refrain of the “Late Show” in-house band, Jon Batiste and Stay Human. At the outset of the show’s run, the fact that the comedian’s monologue took precedence over the rest of the show, credits included, was a calming reminder for Colbert acolytes and casual viewers alike that the writing would remain the primary focus. The product-shilling guest game would still have to persist, but it would come after a heavy dose of focused perspective on the day’s top stories: the thing that made “The Colbert Report” vital viewing.

Amidst a new showrunner and Jim Rutenberg’s recent New York Times piece discussing the pressures for Colbert to fit in amidst the broader late night landscape, there’s also been a change at the intro. For the last few weeks, the first segment of every show has been a filmed cold open — often around 90 seconds — leading into the rest of the evening. It may seem like an insignificant distinction, but this new emphasis on cold opens has disrupted the “Late Show” feng shui, which was one of the strengths in its early going. The now-abridged theme song and credits precede Colbert ever stepping out on stage, leaving in its wake that nightly, awkward walk to the desk that the show had successfully avoided for eight months.

When the show debuted back in September of last year, its premiere episode did begin with one of these cold opens, with Colbert singing the national anthem alongside a bevy of everyday New Yorkers. And one of the show’s most genre-eschewing segments from this calendar year was the two-minute video to open the Leap Day episode, an existential riff on life in New York, directed by Spike Jonze and co-starring Grover from “Sesame Street.”

Aside from the sparsity of these two efforts (this is one realm where quantity certainly doesn’t equal quality), what really set these apart was that they existed outside the Ed Sullivan Theater bubble. Even though his old persona was that of a bloviating pundit, Colbert’s controlled, layered outrage at the absurdities of the political world always had a fresh everyman undercurrent. Where Letterman in his later years may have lost touch with engaging a wider audience, the promise of a Colbert “Late Show” was to bring a warm but fiercely intelligent voice to the 11:35pm crowd. He could carry a broad appeal without having to continuously pander or lean on the trappings of the institution.

That joyous, organic opening of every show has now been replaced with a series of one-offs, usually shot backstage or in the show’s offices. While a few have brought some chuckles, these have mostly led to toothless jokes not indicative of the staff’s full potential. It seems to be a last gasp at trying to preserve the experience of watching a late night show as a whole, to hook the late local news watchers with a quick celebrity-based gag. There’s really no other place for something like the Gwen Stefani bit embedded below, the first hint that maybe these aren’t right for the show to begin with.

One place where this strategy would work (and has, for its audience) is with the show that follows Colbert’s, “The Late Late Show with James Corden.” In that slot, Corden has built a mini digital empire on content where he is almost never the main draw or strength. But so far, none of these “Late Show” cold opens have cracked 200,000 views. (It’s a flawed measure of success, but not insignificant given how much the network touted Corden’s YouTube channel cracking a billion views earlier this month.) In fact, as a case study, Colbert’s satirical monologue bit on “Lemonade” has over seven times the views of his cold-open, baseball-bat-swinging, parody. The “Late Show” can leave the surface-level recreations to Corden. Colbert’s value has always been adding to the conversation rather than piggybacking off of it.

If CBS higher-ups are committed to owning an emerging medium off the strengths of the “Late Show” creative team, they already had one before the show even aired. In the run-up to the premiere last summer, Colbert and various creative team members recorded eight episodes of a podcast detailing some of the production choices and staffing holdovers going into the new venture. Complete with fake sponsors every week that called back to the Prescott Pharmaceuticals jokes of “the old show,” it was the perfect blend of witty banter and scripted gold that have sustained the best parts of either of Colbert’s TV outings. Resurrecting that online-only show would likely mean additional work and resources beyond the already impossible task of making a daily comedy show, but a weekly podcast would be a much better fit for the Colbert brand rather than launching another ill-advised attempt to scale Mt. Viral.

These cold opens, though they always feature Colbert, are the first indication that his live, on-camera delivery of comedy and commentary is losing its primacy. The one from Monday night’s episode shows the second in a series of Colbert trying to have a quick pre-show meeting with producer Liz Levin. (If this strategy does continue, can the two of them meeting be the “Late Show” equivalent of the couch gag?) But what made this the best incarnation of these opening flashes was seeing the connective tissue of an absurd joke, seeing an animated Colbert fly through the credits, “Up”-style, via balloon. It lands if you watch the full episode, but the kind of humor that makes this team great doesn’t easily translate to your uncle’s Facebook feed. From choosing him in the beginning, CBS seemed committed to letting Colbert play the long game. If they want to invest in long-term results rather than get caught in a neverending, eight-month cycle of revamping, they’d be wise to let him do what he does best.