Is the Superhero Craze Destroying the Movies? 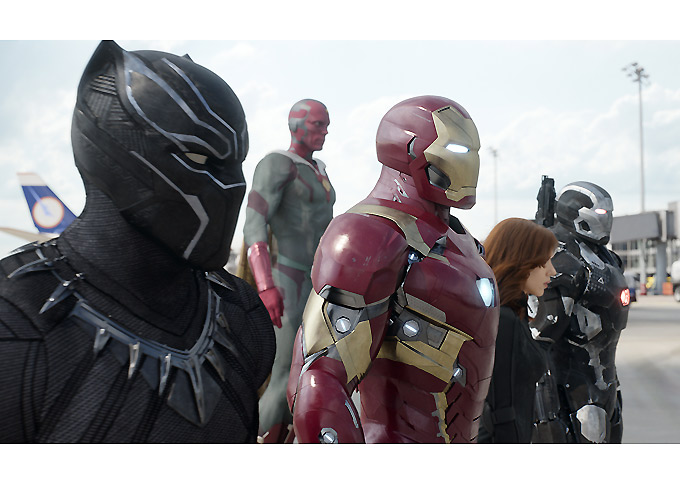 Editor’s note: With “Captain America: Civil War” generating heat at the box office, Indiewire deputy editor and chief critic Eric Kohn moderated this conversation with film editor Kate Erbland and senior film critic David Ehrlich about whether or not moviegoers should be concerned about the blockbuster’s global domination.

ERIC: Ladies and gentlemen, another massive Marvel movie is upon us, and it’s…okay. As David discussed in his review, “Captain America: Civil War” is such a self-satisfied mishmash of superhero mayhem that the coherence of its plot literally does not matter for the movie to succeed for millions of audiences worldwide. I don’t want to waste everyone’s time mounting a deep, epistemological argument against the perseverence of superhero movies. I get it. Watching unreasonably powerful people engage in banter while doing impossible things is a hugely rewarding fantasy.

At the same time, I have issues with these kind of movies playing such a massive role in the way we relate to the art form. The same week that the world got its answer about Jon Snow’s fate on “Game of Thrones,” the big revelation gracing movie screens worldwide is how much more adorable Spider-Man gets when you give him a Queens accent. Or maybe it has something to do with whether Tony Stark gets a touch less likable when you give him a black eye.
I know, I’m being unfair to a movie with some relatively complex moral binaries: The Russo brothers carefully develop a conflict between Iron Man as the authoritarian and Captain America as the libertarian radical. The essence of that conflict unfolds with a fair amount of intrigue…once or twice. But it’s also dragged out to such a repetitive extent that I almost felt like I was watching the Mad Libs equivalent of a civics lesson. So I’m reticent to give a somewhat smarter version of a dumb movie credit for the occasional spark of depth when there’s so much more we should be talking about. Like “The Lobster,” a completely dazzling high concept comedy opening next week about a future in which being single is illegal. (Let’s see the Avengers assemble around that problem.) Or the restoration of Godard’s “Band of Outsiders,” opening this week. Or all the movies about to unspool at the Cannes Film Festival.
READ MORE: Review: ‘Captain America: Civil War’ Shows the Best and Worst of Marvel Movies
So here’s the question I put to you: Are these massive tentpoles damaging to film culture? Or should I just relax in my little corner of cinephilia while Tony and Cap duel it out because, hey, some people here are just trying to have a good time?
KATE: On one hand, you have to consider whether there’s an actual crossover between fans of superhero blockbusters and the kind of cinephile who would turn out for that “Band of Outsiders” restoration. If there’s actual “damage” taking place, those groups need to butt up against each other somehow, and I don’t think that’s something that happens too often in moviegoing circles. Then again, the kind of movie fan who wants to check out both “Civil War” and “Band of Outsiders” is probably going to do just that.
If the Marvel Cinematic Universe franchise just, poof, disappeared — well, I still don’t think there’s a whole hell of a lot of crossover there. People would not automatically head to “Band of Outsiders.” 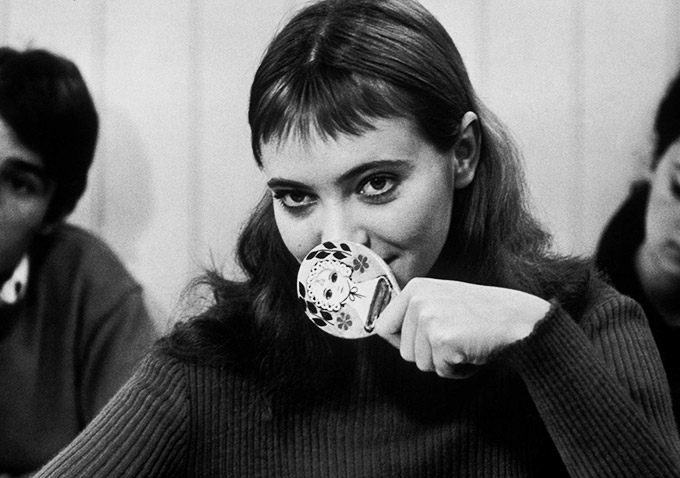 I don’t think the existence of massive tentpoles like the MCU or whatever DC is struggling to put together are actually harmful to moviegoing, but I do think that the marketing around them is problematic. The deep hunger fans of these franchises have for any and all information has created an industry where that stuff is just churned out — true or not! — and eaten right up. For me, that’s what dilutes and harms a viewing experience: having all this information already crammed into your brain box before it can even be given actual life on the big screen.
Let me put it this way: When I saw “Civil War” this week, even I couldn’t escape the feeling that I really, really wished I hadn’t seen about half the trailers and TV spots and posters surrounding the film as I did, and I went out of my way to keep those things limited.
DAVID: Kate, I agree with you that many (most) of the people who are chomping at the bit to help “Civil War” to a bonkers opening weekend are probably not wrestling with the choice between visionary filmmaking, or a film that features a character called Vision. Which is not to say that there aren’t plenty of moviegoers who contain multitudes, but we’re talking about the masses here. And yet, it’s notable that these two options are so diametrically opposed: a gargantuan mega-blockbuster, and a Godard film. I would love for us to live in a world where those things could be one and the same, but we don’t. To some extent, such disparity is at the heart of the problem that Eric addressed at the top of this conversation.
The massive tentpoles are only damaging to film culture because they’re not really tentpoles. The idea behind the tentpole approach was that the studios would invest a ton of money in sure-fire hits so that the profits could cover the cost (and potential losses) of their mid-size fare. Unfortunately, at some point in the last 15 years or so, the tentpole model began to more closely resemble a closed beach umbrella — the blockbusters propping it up got more expensive, and the smaller movies they might once have afforded us got less…uh, made. All of the sudden, you’ve got Marvel movies on one side, VOD titles on the other, and a vast wasteland in between. It’s like having to choose between Donald Trump and Bernie Sanders. At the risk of using a supremely loaded analogy, what can movies do to get their own Hillary Clinton? 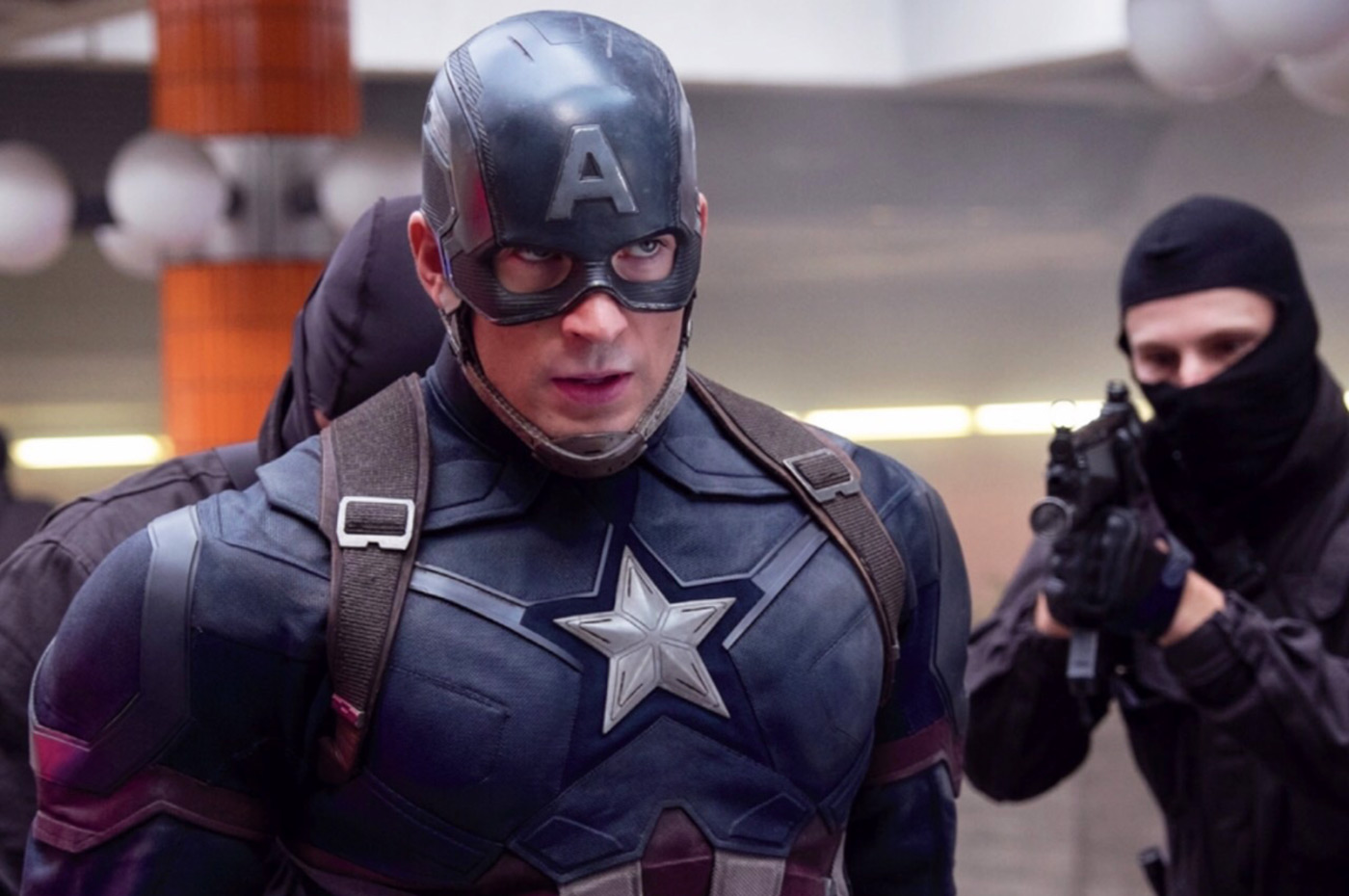 ERIC: I knew this would get political. But yes, better that the movies get their own Hillary Clinton than Trump. (Although I’d love to know who the Bernie Sanders of American cinema is. Kevin Smith? John Waters? The Trump slot obviously goes to Michael Bay, amirate?) The main problem David’s highlighting is related to one we’ve covered many times before in this space: the middle class of filmmaking has dropped out of the picture — and has been replaced, to some degree, by television. We’re left with two extremes, one of which gets a lot more attention than the other.
But this conclusion ignores a much broader phenomenon tied to a word that I know makes a lot of people cringe: content. People watch whatever they watch, to a large degree, because it manages to grab their attention — whether it’s a superhero movie they have to plunk down $20 bucks to see in IMAX or a microbudget project that slips into the top rankings on iTunes. I see more potential for the future of movies in the medium’s capacity to creep into other places where it can be discovered organically. The new streaming service FilmStruck, a partnership between Criterion and Janus Films, speaks to a narrow-casting approach in which movies can thrive in the VOD marketplace. Another example is Shudder, which targets horror fans. I don’t think movies need their own Hillary Clinton, but rather more foot soldiers like these other efforts: activists in the crowd who are rallying for the perseverance of good movies no matter where you can find them. Meanwhile, the superheroes will slowly fight themselves into irrelevance.

Your prompt, should you choose to accept it: Do we need to revolt against blockbusters, or focus our efforts on championing these alternatives instead?
KATE: Despite our current political climate, I’m not interested in drawing from extremes, and I still think that it’s possible to go gaga for blockbusters and for offbeat alternatives without turning it into some sort of no-holds-barred fight to the death.
And yet. I do think it’s our job — literally, this is our job at Indiewire — to champion the alternatives. The masses will always be able to find out more about the big tentpoles and the mega-blockbusters, but they’ll always need some assistance even pointing them to the other choices, especially smaller ones that live in niche areas, like Shudder or FilmStruck.
Knowing about the good stuff, the new stuff, the different stuff…that’s what we’re paid to do (and what I’d like to think we’re pretty good at), and the pleasure of pointing people to something new that you know they’ll love, whether it’s an indie film or a new platform or a cool web series, is still one of my purest pleasures. No one needs to be pointed toward the MCU, but that doesn’t mean we need to burn it down. We can just redirect the gaze a bit.
DAVID: Kate is right on the money: As our digital media culture continues to grow in all sorts of unruly directions (read: metastasize out of control), the job of the critic will continue to become more like that of a curator. “Everyone’s a curator,” our children will sigh.

There’s just so much content out there that people need us to sift through it for them. I mean, it’s already gotten so overwhelming that we could use people to sift through it for us. In an age where the New York Times no longer automatically covers everything that screens in the city, it’s gotten to the point where even choosing to review a particular movie is an act of validation. An outlet saying that “this movie was worth our resources to cover” is the first step to convincing a reader that it’s worth their time to watch. Ignoring a film is the new pan.
I just went to look up the Rotten Tomatoes score for “Term Life,” expecting it to be in the single digits. What I found was far more damning: The misbegotten Vince Vaughn vehicle didn’t inspire enough reviews to even have a score. “I hated your movie” is bad, but “My colleagues and I decided that your movie wasn’t worth the effort” is so much worse. And, in some respect, potentially more helpful.

Obviously we can’t afford to apply the same strategy when it comes to “Civil War,” or even to “The Angry Birds Movie.” And of course it’s crucial that we continue to reckon with whatever colossal entertainments happen to stomp across the zeitgeist. But, to Eric’s point, we won’t get anywhere by just shitting on the MCU and its ilk. We have to make people feel like they’re missing out on something when they’re only focusing on Marvel movies.
Once upon a time, it was enough to tell people to see something or not, but now our task is to alert them to a thing’s mere existence and then make a compelling case as to why they should take action. Critics are revolting by nature (“You said it, they stink on ice!”) but raising our pitchforks against a blockbuster will never be as effective as leading people to embrace a film on their own. Give someone a fish, and they’ll eat for a day — show someone “Green Room,” and they’ll keep an eye out for whatever Jeremy Saulnier makes next.
Stay on top of the latest breaking film and TV news! Sign up for our Festivals newsletter here.