Jean-Luc Godard's Second Marriage Will Be Dramatized For 'Redoubtable,' From 'The Artist' Director Michel Hazanavicius 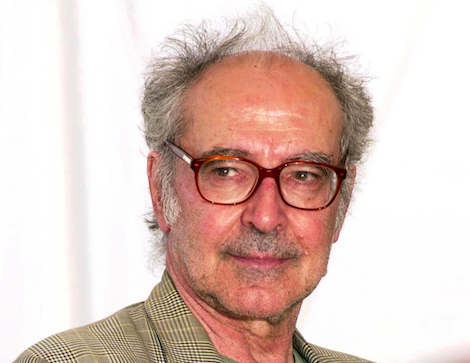 Currently in the fifth decade of his career, legendary French New Wave director Jean-Luc Godard has cemented a permanent place in film history with such masterworks as “Breathless,” “A Woman Is a Woman,” and “Pierrot Le Fou.” Now, he’s set to become a character in a film. Director of “The Artist,” Michel Hazanavicius’s next film “Redoubtable” will dramatize the filmmaker’s second marriage with actress Anne Wiazemsky. The two met on the second of his 1967 film “La Chinoise,” and later collaborated on “Week End” and “Sympathy for the Devil” before divorcing in 1979. Based on Wiazemsky’s autobiography, “Redoubtable” will star Louis Garrel (“The Dreamers,” “Saint Laurent”) as Godard and Stacy Martin (“Nymphomaniac,” “High-Rise”) as Wiazemsky.

After Hazanavicius took home the Academy Award for Best Director for “The Artist,” which also won Best Picture, his next film was the poorly-received World War II drama “The Search.” Meanwhile, Godard’s last film was the 3-D experimental narrative essay “Goodbye to Language,” which won the Jury Prize at the Cannes Film Festival.

Pre-production for “Redoubtable” is already under way.