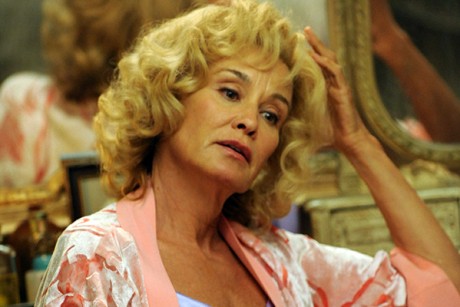 Ryan Murphy has set his third anthology series at FX titled “Feud,” which will center around epic battles. The network has given a straight-to-series eight-episode order and will star his former “American Horror Story” star Jessica Lange and Susan Sarandon.

The first installment will tell the story of the legendary rivalry between movies stars Joan Crawford (Lange) and Bette Davis (Sarandon) who united in 1962 to work together on a film with hopes that their careers would be revived. The result was the box office hit “What Ever Happened to Baby Jane,” which received five Academy Awards nominations and was critically acclaimed. However, Crawford and Davis had the most horrible time working together.

Murphy is set to direct several of the episodes. The pilot is based on the Jaffe Cohen and Michael Zam script “Best Actress,” which he acquired. Production is slated to begin in the fall and have a 2017 premiere.

The series is being executive produced by Murphy and Plan B Entertainment’s Brad Pitt and Dede Gardner.

Murphy has a full plate as “AHS” was recently renewed for its sixth season, the second season of “American Crime Story” will center around the devastation of Hurricane Katrina and his Fox series “Scream Queens” will be set in a hospital for Season 2.