Jodie Foster: Her 'Taxi Driver' Breakthrough, A Speech of Acceptance & More Of Her Boldest Moments 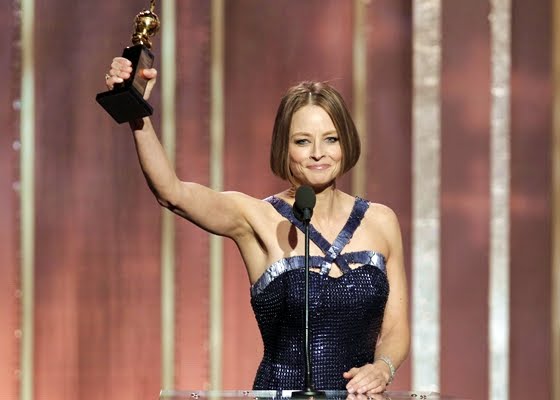 This Friday sees the release of “Money Monster,” the latest directorial effort from Jodie Foster. Over a career that spans four decades, she’s gathered accomplishments across multiple industries. From the beginning of her time as an actress through her recent work in new roles, Indiewire writers picked their favorite moments from her career.

Foster was just 12 years old when Martin Scorsese’s gritty drama was filmed on the mean streets of New York, and plenty of stories over the years have made no bones about how hard the process was for her. The trivia ticks by: She had to see a shrink before she could even film it, the child welfare department was on hand to supervise her, her older sister served as her body double, Paul Schrader was inspired to write the character after meeting an actual junkie teen hooker. But all that serves as extra (horrifying) layers to what is one of the most stunning, fully-formed performances ever given by a child actor. Foster was no stranger to the screen when she took the role, but that doesn’t mean her turn as Iris is any less jarring and revelatory. Foster skirts the line between child and adult with unsettling skill, and it is her innocence that makes the work so stunning and disturbing in equal measures. It’s bold, deep work, and it’s still not even the best thing she’s done. – Kate Erbland

The Talking Tattoo (Of Course)

In 1997, “The X-Files” was electric. With a move to Sunday nights on Fox, the fourth season reached newfound popular and critical heights. But even so, it was the 1990s, and news that a major movie star would be making a cameo in an episode of television was a pretty big deal…though the end result was pretty weird and didn’t actually feature her on camera. Jodie Foster’s contribution to the episode “Never Again” was as the voice of an evil tattoo who drove a man to murder. However, we still thrilled by her work, if only because it was a perfect garnish for one of the show’s odder installments. And it also speaks to how Foster has never been afraid of unique challenges. “Play a talking tattoo? Sure. Normal stuff.” – Liz Shannon Miller

Jodie Foster voices a grown-up Maggie Simpson in “Four Great Women and a Manicure,” but with a twist. The episode begins with Marge and Lisa Simpson debating whether women can be powerful, smart and beautiful at the same time. The action then shifts to four separate stories, recasting strong historic and literary figures with female characters from “The Simpsons.” In the final act, Foster is “Maggie Roark,” a satiric take on Howard Roark from Ayn Rand’s “The Fountainhead.”

“It’s one of the very few times we have voiced Maggie,” recalled executive producer Al Jean. “Other actresses who have played the part include Nancy Cartwright, Carol Kane, and of course Elizabeth Taylor. Ironically, the episode Jodie is in is the one ‘Simpsons’ episode Nancy’s voice [as Bart Simpson] does not appear in.”

Jean directed Foster when she recorded her audio. “To my recollection, we were trying to get a prestigious actress, and of course, Jodie with two Oscars, is at the top of any list,” Jean said. “She was prompt, professional and did a terrific job.” – Michael Schneider

In Defense of “The Beaver”


In addition to her stellar work in front of the camera, Jodie Foster has proven herself to be one of the great actor’s directors — and it didn’t take her long to get there. When “The Beaver” debuted in 2011, it marked Foster’s third feature in the director’s chair in as many decades, and the script (pulled straight from the Black List) didn’t do her any favors in terms of easing the transition from in front of the camera to behind it. Far more challenging was her leading man’s reputation, as Mel Gibson was (and is) still trying to work his way back into the good graces of the public. Perhaps for another film, it wouldn’t have been as big a drawback, but “The Beaver” was focused on changing public perception, making the brutal irony of its fate two-fold.

The film, which looks at depression so severe it leads Walter (Gibson) from the edge of suicide to inventing a fake furry friend as a therapeutic device, aimed to demystify the stigma surrounding depression by “blowing it the fuck up” (as Walter says needs to happen in his own life, upon first meeting the titular Beaver). But it also — purposefully or inadvertently — became about resetting Gibson’s image. Foster, who co-starred as Walter’s wife in the film, provides a dynamite example of the film’s parallel objectives when she grabs her sick husband’s face and says: “I fought for you, I practically bled for you for two years when you couldn’t even get out of bed, and I will continue to fight for you because I love you, but I’ve got to know that you’re coming back.”

While powerful, her character’s life — as a person married to someone she’s lost to a disease — came too close to a reality outside the film’s narrative. Foster’s casting of Gibson as a man no one wanted anything to do with (even those who recognized he was sick) gave “The Beaver” a metanarrative too distracting for some, forcing the film out of limited distribution too early and failing to salvage Gibson’s career to boot (despite one of his, or anyone’s, best performances). An exquisite, loving and cunningly constructed film from top to bottom, “The Beaver” could stand as a proud accomplishment for any director. It’s a shame more people couldn’t believe either man was capable of coming back. – Ben Travers

A Speech of Acceptance

While accepting the Cecile B. DeMille Award at the Golden Globes in 2013, Foster did what most actors receiving a lifetime achieve award do: She thanked her directors, her publicists and her various crews for the intimate gift of moviemaking. But then she did something not many celebrities ever do on a public stage with millions watching, and something she even seemed surprised to be doing herself.

“While I’m here being all confessional, I guess I have a sudden urge to say something I’ve never been able to air in public — a declaration that I’m a little nervous about,” she said. “I’m just gonna put it out there — loud and proud — and I’ll need your support on this. I am…single.”

On live television, in the same bold and intelligent way in which she has graced the screen for nearly half a century, she instantly reflected everyone’s obsession with her sexuality back onto themselves. In the process, she forced viewers to ask why they cared about the personal life of an Oscar-winning actress and filmmaker with such a diverse career. She continued to cement her point by talking about the value of privacy and that anybody that she really cared for had already known for years. It’s about as brave as Foster has ever been, and for that, it represents a milestone of her career. – Zack Sharf

“Money Monster” is Foster’s fourth feature as a director, but she’s had some impressive forays into directing for a pair of Netflix shows as well. Episodes from early in the first two seasons of “Orange is the New Black” both helped to establish the groundwork for key shifting relationships. “Lesbian Request Denied” was one of the first forays into understanding Suzanne’s place in the prison’s dynamic and beginning to bring her out from under her “Crazy Eyes” moniker. Meanwhile, the Season 2 premiere, “Thirsty Bird,” had a fresh set of circumstances to handle, making the jumps in the Piper/Alex relationship feel connected to a popular freshman season and the plans for what was to come.

On “House of Cards,” Foster took the helm on “Chapter 22,” a late-second-season episode that put a polished focus on the show’s growing chasm between its monstrous characters and its more sympathetic ones. Frank and Claire are busy with their media-backtracking machinations, but their efforts against Raymond Tusk, the season’s big bad, draw Freddy into the fray. Reg E. Cathey is superb as the BBQ joint owner, an unsuspecting pawn in the Vice President’s master plan. The scene where Frank has to break the news to Freddy about the dissolution of the latter’s planned franchise is a heartbreaking end to a friendship. Although this local-stakes small business plotline drew criticism for taking up a disproportionate amount of “House of Cards” Season 2, Foster helped to draw out the last bit of genuine interaction from a show that lost most of its humanity shortly thereafter. – Steve Greene

This Article is related to: Features and tagged House Of Cards, Jodie Foster, Orange is the New Black, Taxi Driver, The Beaver, The Simpsons, The X-Files