Joe Fleishaker, 500-Pound Troma Actor Dies At The Age of 62 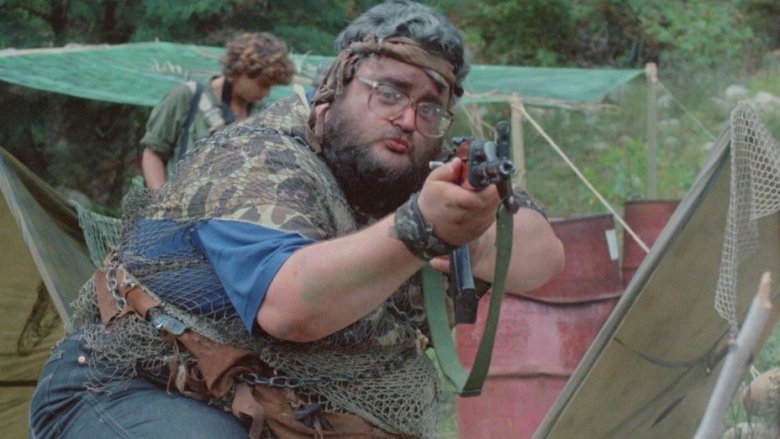 Joe Fleishaker, the 500-pound actor who was dubbed “Troma Entertainment’s biggest action star” died at the age of 62 on Monday, May 23 at Montefiore Medical Center in the Bronx.

The cause of death has not been determined but his family suspects it was a heart attack. The actor, who appeared in three “Toxic Avenger” films, suffered from morbid obesity and congestive heart failure.

“The Troma Team and I are truly heartbroken by the news that Joe Fleishaker has passed away,” president of Troma Entertainment and creator of “The Toxic Avenger” Lloyd Kaufman wrote on Facebook. “He was a great actor and a great friend. Toxie weeps. RIP Joe, Troma will never be the same without you.”

Fleishaker also appeared in films such as “Terror Firmer,” “Tromeo and Juliet” and “Poultrygeist.” He also had a recurring role on “The Late Show with David Letterman” where he portrayed various characters in skits.

The actor was first cast in Troma’s 1988 film “Troma’s War” as an extra where he played a member of the terrorist sect. He quickly became a favorite and ended up getting more screen time. His last films were “I Spill Your Guts” (2012) and “Trashtastic” (2013).

In 2012 he was admitted to the hospital and managed to lose 160 pounds. Fleishaker is survived by his brother, Simon.

This Article is related to: News and tagged The Toxic Avenger