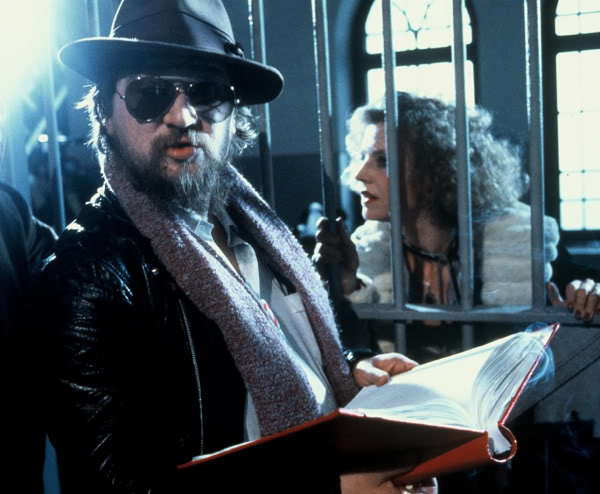 Rainer Werner Fassbinder was one of the most important figures in the New German Cinema movement, and now you can see his final acting role on the big screen in a brand new restoration. Wolf Gremm’s 1982 German cyberpunk film “Kamikaze 89” follows Fassbinder as a detective clad in a leopard skin suit investigating a series of bombings that lead to a corporate media conspiracy. The film also marks Fassbinder’s last collaboration with muse Brigitte Mira and Franco Nero, who co-starred in his final film “Querelle.” It also features an electronic score from Edgar Froese of Tangerine Dream. Though not cited as an important achievement in Fassbinder’s career, the distribution company Film Movement wants to change that, starting with a theatrical premiere in New York this summer. Watch the trailer for “Kamikaze 89” above.

READ MORE: The Films Of Rainer Werner Fassbinder: A Retrospective

Beginning at age 21 until his death at 37, Fassbinder completed over forty films and TV dramas, including such landmark works “The Bitter Tears of Petra von Kant,” “Ali: Fear Eats the Soul,” “The Marriage of Maria Braun,” and the miniseries “Berlin Alexanderplatz.” His unique creative energy coupled with his self-destructive antics earned him a reputation within the New German Cinema movement. His films sympathized with social outsiders and strongly critiqued traditional German society, challenging them to accept unconventional behavior. As such, Fassbinder’s work always brimmed with palpable humanity.

“Kamikaze 89” will premiere at BAM Cinematek on June 3rd. Film Movement has started a Kickstarter campaign to provide the film with a nationwide theatrical release, a full Blu-ray release, and possibly the creation of a brand-new 35mm print from the 4K digital master. If you would like to donate to this worthwhile cause, head to the project donation page.