Karl Uban: 'Dredd' Conversations About TV Sequel Are Heating Up 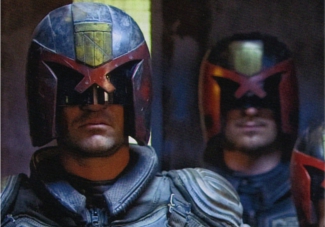 2012’s “Dredd” didn’t do gangbusters at the box office, but it did endear itself to many who went out of their way to see it. Already considered a new cult classic, Pete Travis’ take on the same comic that 1995’s Sylvester Stallone–starring “Judge Dredd” was based on has inspired many to call for a sequel. According to star Karl Urban, “conversations are happening” that may turn that wish into a reality.

The actor’s remarks came during a panel at the Calgary Comic and Entertainment Expo. He was specifically responding the rumors of either Netflix or Amazon would pick up “Dredd,” potentially as a series rather than a new film. Both streaming services have aggressively ramped up their original programming in recent years, with Amazon already aquiring distribution rights to five different films about to premiere in Cannes.

READ MORE: How ‘Dredd 3D’ Represents the Good, the Bad and the Ugly of Modern Action Movies

A petition for either “a pay-to-view TV series or a new movie” claims 145,000 signatures, and Urban himself has been a vocal proponent of continuing the series. Whether anything will come of all this remains to be seen. The actor will next be seen in this summer’s “Star Trek Beyond.”

For more, watch Urban in the trailer for “The Loft”:

This Article is related to: News and tagged Amazon, Dredd, Karl Urban, Netflix