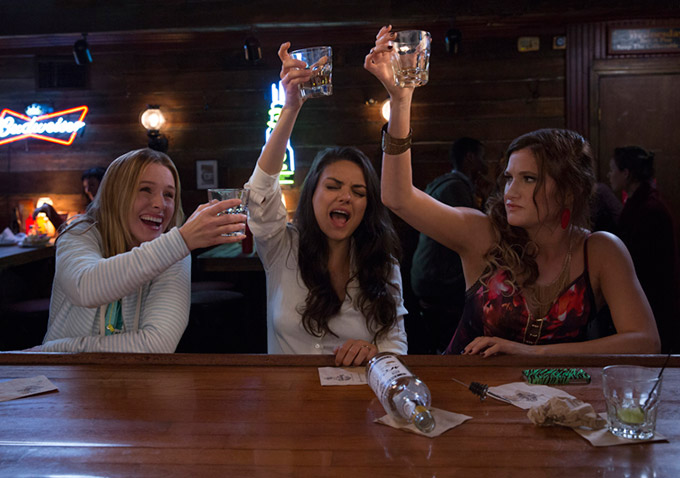 Mila Kunis has had enough trying to be the perfect parent and is now starting a revolution in the first “Bad Moms” trailer.

Amy (Kunis) has a perfect life, with the great marriage, smart kids and a successful career, but is over-worked and exhausted. When she attends a PTA meeting led by the uppity Gwendolyn (Christina Applegate), Amy snaps and tells everyone she is done with trying so hard. That’s when she teams up two other mothers, played by Kristen Bell and Kathryn Hahn, to let loose and liberate themselves from their conventional responsibilities – all while trying to take down the clique of devoted moms.

READ MORE: ‘Mother’s Day’ Review: Julia Roberts and Jennifer Aniston Star in One of The Worst Ensemble Comedies Ever Made

Jay Hernandez and Clark Duke also form part of the cast along with Annie Mumolo and Jada Pinkett Smith who make an appearance in this first look. The comedy is directed and written by Jon Lucas and Scott Moore, the writers of “The Hangover.”