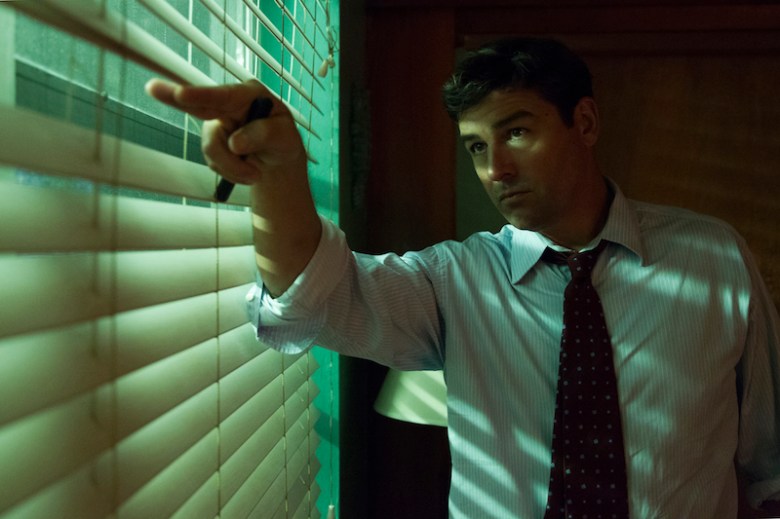 Sitting at the long, wooden table inside the Rayburn family kitchen is a strange enough experience — like “Pleasantville.” But rather than being beamed into the black-and-white ’50s, you’re awash in the vivid beach vibes of the Florida Keys. Of course, this is just a soundstage made to look like the Keys, a good mile or so from the ocean. Yet what makes the experience far more peculiar is who’s sitting at the end of the table: Ben Mendelsohn, a.k.a. “Bloodline’s” Danny Rayburn.

“Bloodline” fans (and spoiler alert for those who haven’t watched) know Danny is dead, drowned by his own brother near the end of the first season. And yet there he is. It’s an unusual scenario for an interview, but stranger still is what Mendelsohn and co-stars Kyle Chandler and Sissy Spacek say about how things are run around here. It seems viewers aren’t the only ones who don’t know what’s coming next.

“Look, I got a surprise about three or four hours ago when I got here,” Mendelsohn said, when asked about the show’s production process. “Because there’s a scene we’re about to do — it’s a pretty big scene — and it’s changed. Now there’s something else there, too.”

Change, it seems, is a common theme when talking to the cast of “Bloodline.” “Even we don’t know what’s going to happen,” Spacek said, excitedly answering questions at a hotel near set.

“I kinda play each scene as it comes and do a little bit with as much as I can because we don’t know,” Chandler said, sitting in the same seat Spacek was in 30 minutes earlier. “You know, when you’re riding a horse, you don’t look right in front of you. You look where you’re going, and it tells the horse what’s gonna happen, basically. Well, we don’t have that here. I don’t have anything to look forward to. I can only see what’s in front of me.

Acting without knowing an endpoint — or even a vague idea of what’s to come — presents a unique challenge for the ensemble, and challenging a group like this – with eight Emmy nods (and one win) between the three of them — is no easy task.

“You pretty much have to build it in the moment,” Spacek said. “All I know is, I guess I’m building more brain cells. So that’s good.”

“At the end of the first season, when the script came out with how it ended, I thought to myself, ‘How am I gonna do this? I mean, what am I gonna do?'” Chandler said. “And I just threw it to the wind. I was like, ‘Well, I’m gonna get there. I’m gonna see what happens. We’re gonna do what we do and let the cards fall as they may.”

“For us [actors]: Be on your toes, basically,” Mendelsohn added. 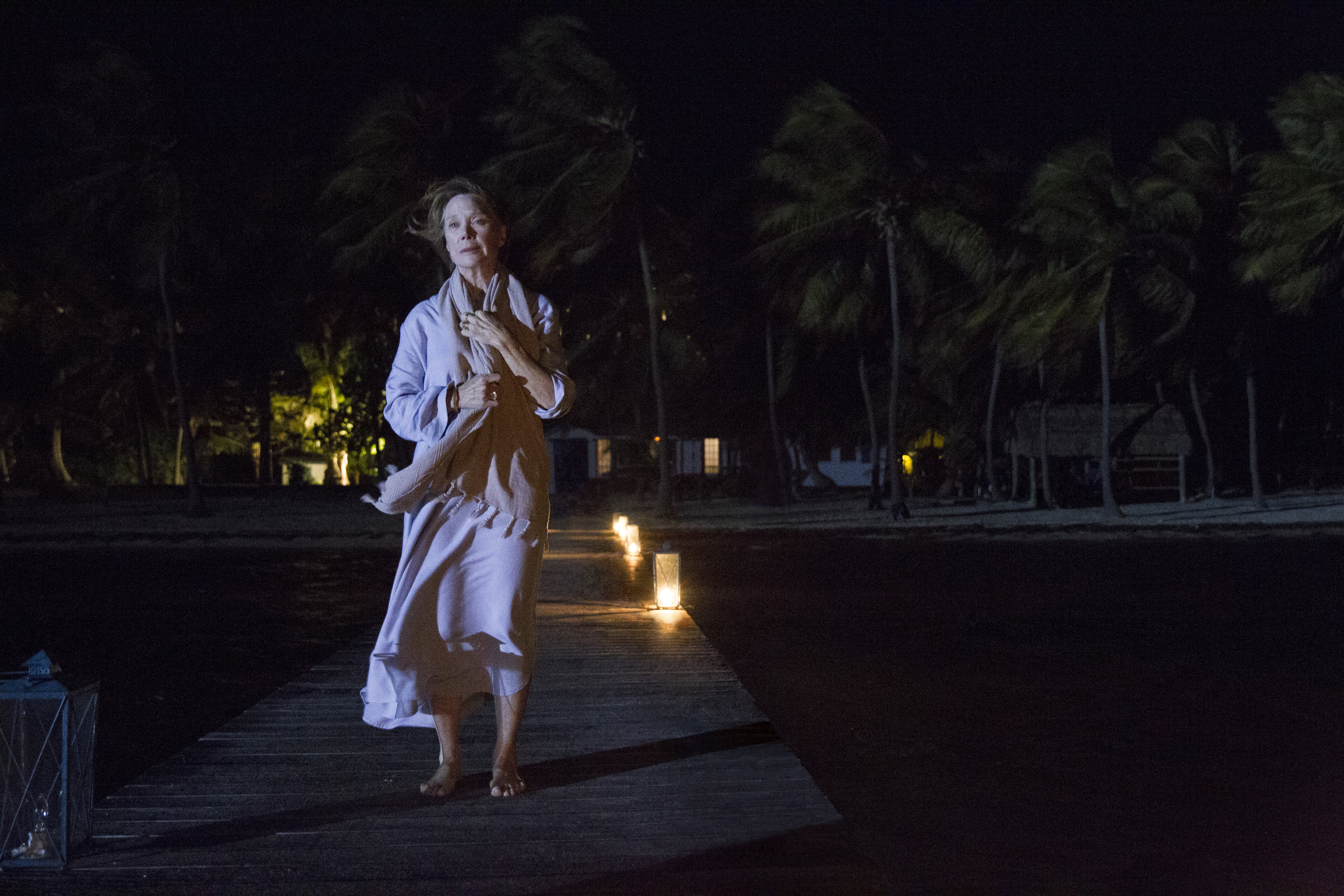 Not knowing the final fate of your character is nothing new to TV actors, but this kind of secrecy — with substantiative changes coming in last minute — is a bit more unique, and an even greater hurdle specific to actors well-versed in the film world.

The flip side of the coin is that this is obviously taxing on writers Todd A. Kessler, Daniel Zelman, and Glenn Kessler.  TV moves much faster than film in all formats, and producing quality twists and turns can prove unsustainable. Luckily, “the KZK guys,” as they’re oft-referred to as by Chandler, are up for the challenge.

“I talked to Glenn earlier in the year before we started shooting, and he literally gave me an hour of conversation — which was from him to me,” Chandler said. “And at the end, he said, ‘Do you have any questions?’ And I just said, ‘No.’ And the ‘no’ was also based on the fact that at the very end he goes, ‘You have to understand that these are just our ideas. This could all change.’ So, that’s what this has been.”

“They are genius at turning your expectations — tilting them and then tilting them again,” Mendelsohn said. “So there’s always a surprise with what’s going on. […] Once a scene is shot, they can’t write anything else. So they tend to take every opportunity they’ve got to investigate stuff right up until that point.

“I think one of the things they do is they watch the dailies and they go, ‘Oh, look this is happening. Let’s take this take and that take and build the relationship out of it,'” Spacek said. “So they’re watching things and seeing how it goes and then they’re kind of following things that are happening just naturally between characters. That’s their process. Their process makes our process a little more difficult.” 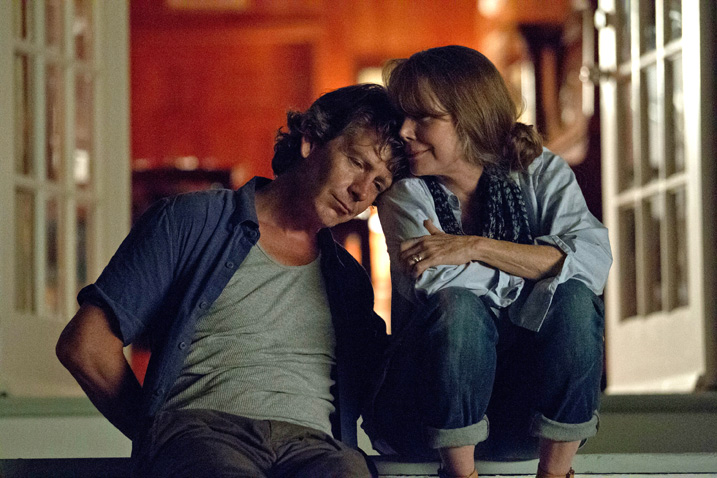 “I learned to trust the editor’s choices and Glen and Daniel and Todd last year, especially toward the end when no one had seen anything,” Chandler said. “We had no clue what we had done, what we were doing, what their style was — we had no idea of anything. We were just in the Keys, having fun, getting paid for what we do. […] You’re sort of in a plane and it’s flying along and you’re sort of running out of gas. But we landed safely last year, and hopefully we’ll land safely again.”

Season 2 of the Netflix original series is so packed with secrets, it was hard for the actors to describe what was coming. Sometimes they’d speak in generalities, other times they’d refer to Season 1 for examples of why the upcoming set of 13 episodes was so tricky.

“I truly don’t even know when they’re writing episode 109, if they’ve seen what I’ve done in 108,” Chandler said. “I truly don’t know this. That’s how disjointed it is in one way, but how close we are in another way. Because it makes for a lot of fun. It’s like hide-and-go-seek in the dark.”

“It’s really like a living breathing thing,” Spacek said. “I think the challenge for me is trying to figure out how to be a part of the creative process. I have a very rich imagination, so when I’m not working, I’m imagining Sally. Everything for me is thinking about Sally and her children and her life, but then they still surprise me.”

“Fuck it,” Mendelsohn said after trying to answer a question about Season 2 without spoiling anything. “It’s impossible. It is impossible.”