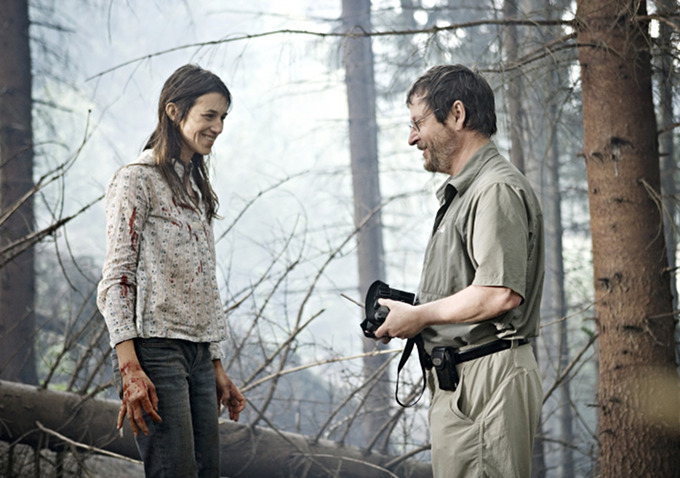 With the Cannes Film Festival underway, now seems as apropos a time as any for an update on its official “persona non grata,” Lars von Trier. (The Danish director made an ill-advised Hitler joke at the festival five years ago and was temporarily banned as a result.) “The House That Jack Built,” an English-language serial-killer drama, is set to go into production in Denmark this August.

READ MORE: Lars Von Trier Announces New Film, ‘The House That Jack Built,’ Starts Shooting This Fall
Von Trier initially conceived the project as a television show, but announced in February that he was developing it as a feature instead. With a budget of €8.7 million ($9.8 million), it’ll tell of the eponymous killer’s exploits from his own perspective over the course of 10-12 years. Speaking to Variety from Cannes, producer Louise Vesth said that “The House That Jack Built” will be “a serial killer movie like you’ve never seen before. [Von Trier] wants to be able to change it between periods of shooting because when we’ll have done the body of the film in the Fall, he will then go edit it and he sees how he can combine the murders.” No cast has been announced as of yet.

“He calls it the five incidents,” Vesth continues, “which is the murder cases and then he has a lot of digressions in between to connect the story, in a similar way as in ‘Nymphomaniac.'” Von Trier’s previous films include “Melancholia,” for which Kirsten Dunst won Best Actress at Cannes in 2011; “Antichrist,” which netted Charlotte Gainsbourg the same prize two years earlier; and “Dancer in the Dark,” which won Björk the same accolade and also won the Palme d’Or. “The House That Jack Built” will be von Trier’s first film since 2013’s two-part “Nymphomaniac,” also starring Gainsbourg.

For more, watch a scene from “Nymphomaniac”:

This Article is related to: News and tagged Denmark, Lars von Trier, The House That Jack Built