Louis C.K. Says FX Show 'Louie' Is Over: 'I Don’t Think I Have Stories For That Guy Anymore' 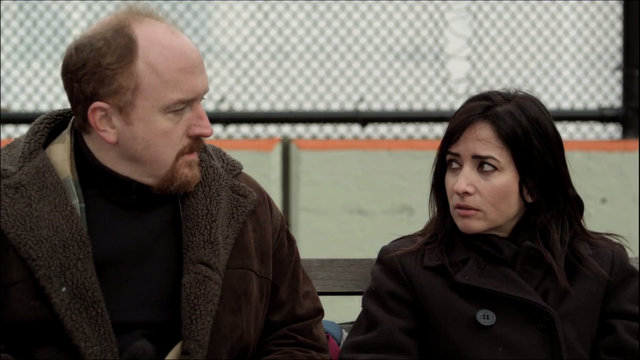 All good shows must come to an end, and it appears that time may soon be upon us for “Louie.” The brainchild of writer/director/producer/editor/star Louis C.K., FX’s highly acclaimed series has been plumbing the depths of its creator’s mind for five seasons now; it’s also been on an “extended hiatus” since last May. During an episode of The Hollywood Reporter‘s awards podcast, C.K. didn’t sound optimistic about the show continuing in its current form: “I think the guy that I played on the show — the just-divorced kinda underwater dad/struggling New York comic — I don’t think I have stories for that guy anymore,” he said.

READ MORE: Review: ‘Louie’ Season 5 Proves The Value of an Artisanal Touch (Even For Dick Jokes)

There may be more to come in a different incarnation, however:

“But the show is autobiographical, so what [FX president and general manager] John Landgraf and I have always thought is that it may come back with a different set of stories from a different angle a little further down the road. And I don’t know where that’s from yet, so it just depends on if it writes. I think, for me, if I’m on TV again doing a single-camera show, it’s ‘Louie.’ But I don’t know. I have no idea. I needed to not know if I’d ever do it again — I needed to feel that way — so that’s the way I feel right now.”

READ MORE: ‘Horace and Pete’: Why Louis C.K. is ‘Very, Very Sad’ the Series is Ending

This shouldn’t come as a huge surprise to fans of the show, as the semi-autobiographical comedy has long depicted its star as someone who values art for its own sake and is often conflicted when commercial obligations compromise that. “Louie” also took a two-year break between its second and third seasons, so perhaps absence will make C.K.’s heart grow fonder.

For more from FX, watch the ‘Baskets’ trailer:

This Article is related to: News and tagged FX, Louie, Louis C.K.