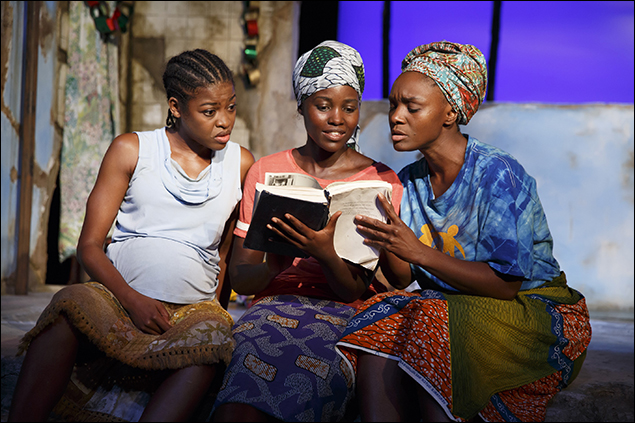 In a new essay penned for Lenny Letter, Lena Dunham and Jenni Konner’s subscription-only weekly newsletter, Oscar-winning actresss Lupita Nyong’o defends her decision to star in Danai Gurira’s Broadway play “Eclipsed.” The essay, entitled “Why I Chose a ‘Small Play’ over the Big Screen” doesn’t simply address why Nyong’o, whose trajectory as a major rising star was sealed with her best supporting actress win for “12 Years a Slave,” decided to pursue work on the stage, but also why she’s picked big screen roles that some people think are somehow beneath her.

Nyong’o gets to the point quickly, noting that “Eclipsed” is “a powerhouse of a story about the lives of five extraordinary women trapped by a rebel commander during the Liberian civil war” and that she loves doing it, but that hasn’t kept people from asking her why she took the part on. As she writes, “During my last round of press for the play, a journalist asked me, ‘Why would such a big star choose to do such a small play?'”

“This question felt quite silly,” she writes. “I mean, I’m an actress; why wouldn’t I want to be in an incredible, gorgeous, meaty piece about the complicated choices of women during wartime?”

Yet, Nyong’o knows the question is actually indicative of much larger questions. “I think as women, as women of color, as black women, too often we hear about what we ‘need to do,” she writes. “How we need to behave, what we need to wear, what’s deemed as too much or not enough, the cultural politics of what society considers appropriate for us and for our lives.” 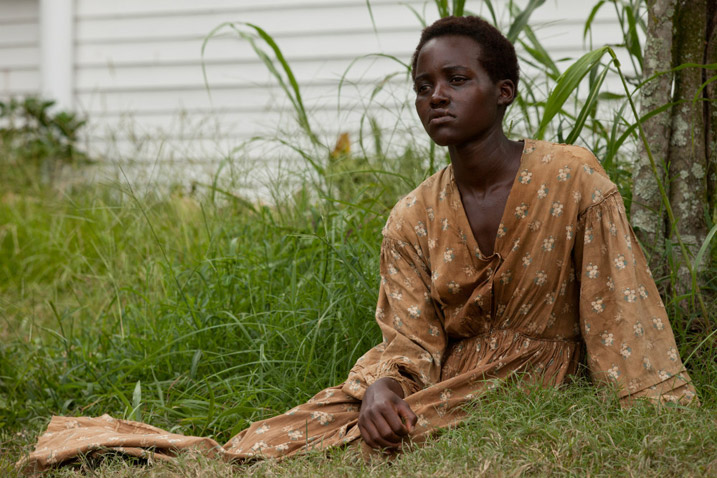 She continued, “As an actress, feeling connected to a fully realized, complex character is what I look for first. The size of the role, and the budget, and the perceived ‘buzz’ around the project are much less important to me…I decided early on that if I don’t feel connected to, excited by, and challenged by the character, the part probably isn’t for me. If I’m ever in doubt, I envision the career choices of artists I admire, like Tilda Swinton, Cate Blanchett, and Viola Davis. They are all fearless actresses who approach every role without ego or vanity.”

While it’s easy to see how that thinking applies to “Eclipsed,” which sees Nyong’o playing, in her own words, “a fully rendered African woman,” it may be a bit more difficult to understand how that translates to other recent roles that Nyong’o has taken on. Luckily, the actress clears up any confusion about, again, her own choices, with the maximum of grace.

She writes, “I love the idea of people of color participating in mythical, magical stories, whether that’s as hero, villain, sage, or sorceress. Or all of the above! I think sometimes a singular catharsis can be found in genre storytelling — as I found when playing a thousand-year-old woman (Maz Kanata in “Star Wars: The Force Awakens”) and a wolf mother (Raksha in “The Jungle Book”). I’m able to be more engaged in roles such as those than I would be in playing ‘the wife’ when she is written with no motivation or singularity.”

Nyong’o does, however, make it plain that such thinking shouldn’t exclude her from bigger roles, she just wants roles that speak to her. She writes, “I am not opposed to playing lead roles. I don’t want to be overly cautious; I want to take risks, to try my hand at stories that thrill and terrify me.” And that includes being more involved than ever with her work. Nyong’o continues, “Partly because of the conversation the industry has been having about women and racial and cultural representation, I have recently decided to participate more fully in the development of roles I choose in the future.” 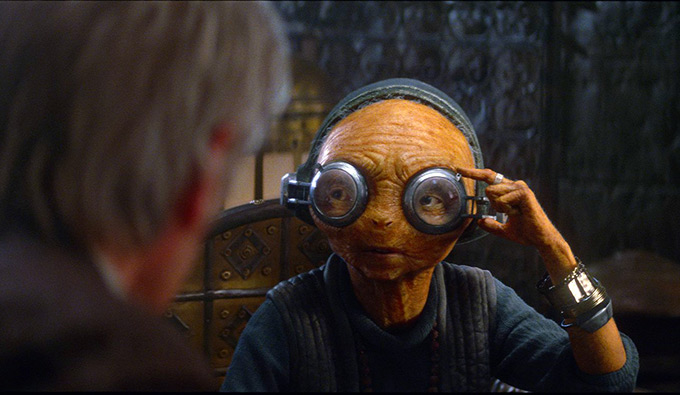 That Nyong’o felt the need to take to the web to defend her own career and her own choices is unnerving (and brave) enough, but that the essay hit the internet the same morning that she was nominated for a Tony for her work in “Eclipsed” is especially telling about the way people judge the professional choices of some of Hollywood’s brightest stars. The sort of thinking that Nyong’o rejects, that “need to do” expectation she talks about early on, is rampant in cultural circles.

It’s that same sort of thinking that breeds thinkpieces about how Judy Greer spent last summer only starring in blockbusters that didn’t give her much to dig into (we can’t help but wonder if the same people who bemoaned Greer’s stacked schedule in films like “Jurassic World,” “Ant-Man” and “Entourage” also bothered to see her indie offerings that also arrived during the summer season, including “Grandma” and “Addicted to Fresno,” both of which afforded her enviable, juicy roles). Or that Melissa McCarthy only stars in films that feature her as some sort of clueless clown (most of those films, of course, McCarthy also writes and produces). Or that Jessica Williams should have taken on hosting duties on “The Daily Show” (even when she explained herself that she didn’t know if she wanted the role or was experienced enough for it).

Although the industry is quite often the one to blame when it comes to actresses being boxed up in their roles, such thinking also robs women of their own agency when it comes time to pick their parts. It’s a line of thinking that’s just as repugnant, narrow-minded and sexist than the continued creation of “wife” and “girlfriend” roles that give talented actresses little to dig into. Women are fully capable of making their own career choices, and acting like their work is something that just happens to them, free of their own interest and ownership, is as dangerous as thinking that the work they’re getting isn’t good enough.

Nyong’o, it seems, isn’t interested in being a victim of that kind of thinking anymore.

You can read the entirety of Nyong’o’s letter by subscribing to Lenny Letter.

Check out Nyong’o in one of her recent film turns, thanks to the “Star Wars: The Force Awakens” trailer below:

This Article is related to: News and tagged Lupita Nyong'o